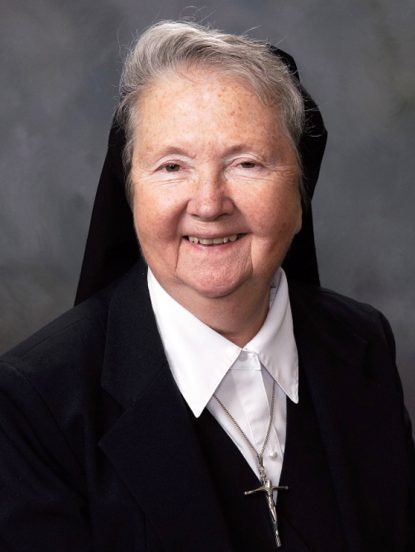 Sister Judith Ann Moeller, I.H.M., died Feb. 5 in Camilla Hall of cancer. She was 73 and in the 55th year of her religious life.

She was one of six children of Frank and Martha (Bispels) Moeller of Our Lady of Grace Parish in Penndel. After graduating from Bishop Conwell High School in 1965 she entered the Sisters Servants of the Immaculate Heart of Mary and received her habit and her religious name, Sister Martha Francis, on June 27, 1966.

While in community she earned her A.B. degree from Immaculata College and a M.Ed. degree from Temple University in special education.

From then until 2004 she served at Good Shepherd School, and St. Dominic School, where she was convent superior, and at St. Aloysius Academy.

She then was principal of Our Lady of Confidence School through August 2017, and served briefly at Holy Redeemer Health Services.

As Sister Judith’s health began to decline she continued to serve as a support staff member at St. Lucy Day School for Children with Visual Impairments.

When she was unable to continue ministering outside of the convent, she rendered loving and prayerful service at St. Cecilia Convent in Philadelphia.

In addition to her congregation of I.H.M. sisters, Sister Judith is survived by her sister Martha Day (Paul), her sisters-in-law Mary and Ruth and her loving nieces, nephews, grandnieces grandnephews.  She is predeceased by her parents, her sister Catherine Walsh (Richard) and her brothers Joseph (Rose), Francis and Robert.

The funeral Mass was celebrated privately Feb. 10 in Camilla Hall by Father Christopher Walsh as the main celebrant and homilist, with Father Dennis O’Donnell and Msgr. Hugh Shields concelebrating.