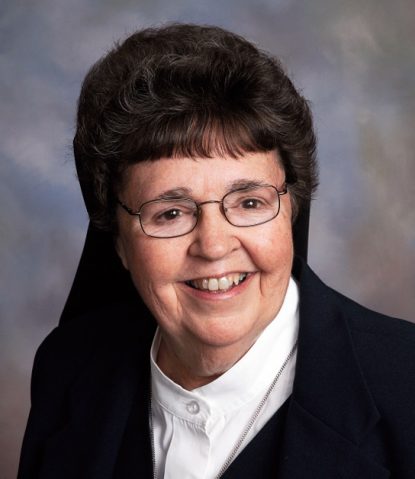 Sister Marie A. Maynes, I.H.M., formerly Sister M. Charles Elizabeth, died Feb. 17 in Camilla Hall, Immaculata. She was 78 and in the 57th year of her religious life.

Born in Philadelphia to Charles and Elizabeth (McCormac) Maynes of St. Helena Parish, Philadelphia, she attended the parish school and graduated from Cardinal Dougherty High School in 1960.

She then worked for two years as a secretary/receptionist before entering the Sisters Servants of the Immaculate Heart of Mary in 1962. She received her habit and her religious name Sister M. Charles Elizabeth in 1963, and pronounced her first vows in 1965.

She then served as superior at Incarnation Convent in Philadelphia from 1994 to 1996. During this time she pursued a master’s degree in pastoral counseling as well as certification as an elementary school counselor. She continued in community leadership as a regional superior until 2002.

Sister Marie was a team member of CORA Services that assisted children in need of counseling.  She also was an elementary school counselor at Queen of Peace School in Ardsley, St. Cecilia in Philadelphia and St. Charles Borromeo in Bensalem.

In August 2013 Sister Marie came to the Motherhouse, Villa Maria House of Studies, to assist the community archivist.

Five years later she went to Camilla Hall in the apostolate of prayer and assistance.

She is survived by her brothers Charles (Lorraine) and Leo (Nancy) and her loving nieces, nephews, grandnieces, and grandnephews plus her congregation of I.H.M. sisters. She is predeceased by her parents.