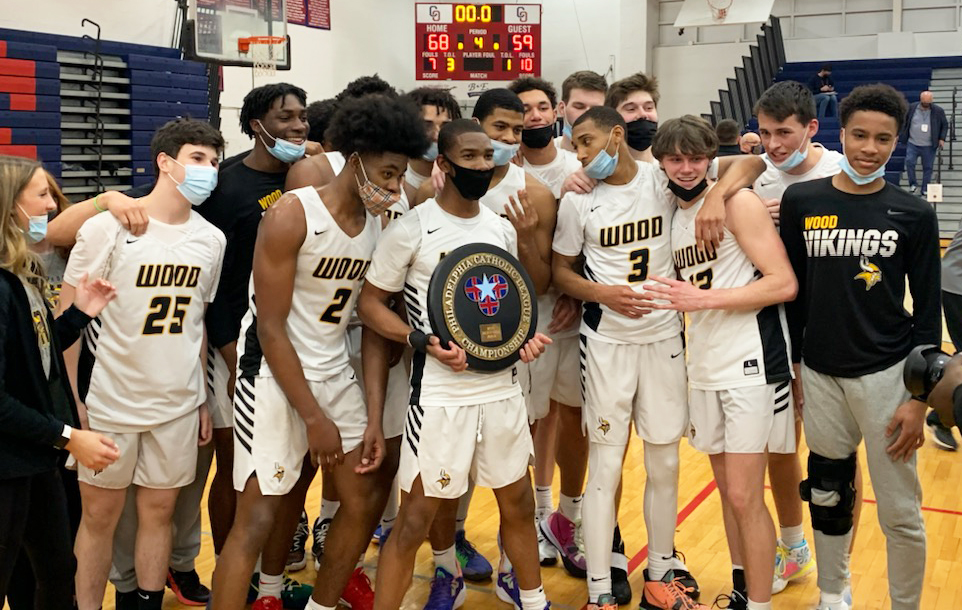 Playing behind five standout players has its advantages … and disadvantages.

For Archbishop Wood junior Mike Knouse, given the circumstances that occurred March 15, the former easily eclipses the latter.

Usually the first guy off the bench, Knouse has no complaints about his role.

“I just try to do everything I can to help the team win,” said Knouse, a parishioner of St. Catherine of Siena in Horsham. “Anytime I’m in, I just give it my all. When he calls on me, I’m ready to make the most of it.”

“For a lot of teams, Mike would be playing,” said Wood coach John Mosco. “He takes his lumps. He learns. He’s playing behind guys. Whenever I call his number, he’s been ready to go this year.” 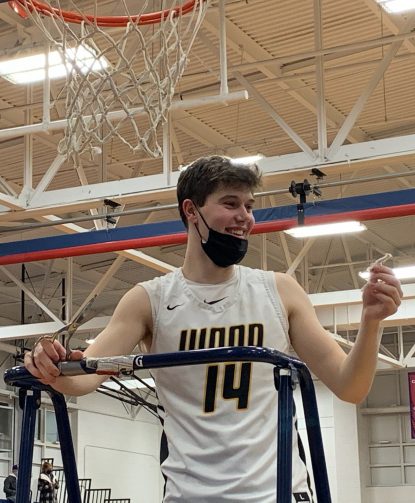 Receiving more minutes than expected because of Newton’s foul situation, Knouse made his impact on a three-pointer at the end of the second quarter to give Wood a 33-29 lead. Though they would be his only points, Knouse also contributed five rebounds – several of them at key spots – and one block.

Another Wood underclassman, junior Tyson Allen, delivered an unworldly block after hustling the length of the floor to swat away a certain Cahillite bucket.

“Newton gets in foul trouble, so it was great to have (Knouse),” said Mosco. “It gave him some experience and confidence that will hopefully help for next year.”

Among those not surprised by Knouse’s effectiveness was Stinson.

“Mike Knouse!” he said with delight. “The shooter! He played a key role this year in helping us win with his rebounding and guarding whoever we needed him to guard. In vital situations, he did the job.

“He also provided much more spacing on the floor and added one more shooter to the lineup whenever he subbed in. All in all, he’s an all-around good player, and for him to just be a junior, I’m excited to watch and see what he does next year.”

The undefeated Vikings (17-0) rode Knouse’s momentum-building three into a dominant third quarter, during which they outscored the Cahillites (10-3) by 19-12, with Randolph scoring six and Stinson adding four.

“We came in ready,” said Knouse. “It was our goal the whole year from the beginning. Ever since we started the season. This was the final step. We finally made it happen.”

When the buzzer sounded, Wood’s players mobbed each other near their bench.

“We were just realizing that we won the championship,” said Stinson. “I was filled with excitement. It was just a surreal feeling realizing that I finally got a PCL championship after three years of falling short. I was just proud of myself, my teammates, and coaches overall.”