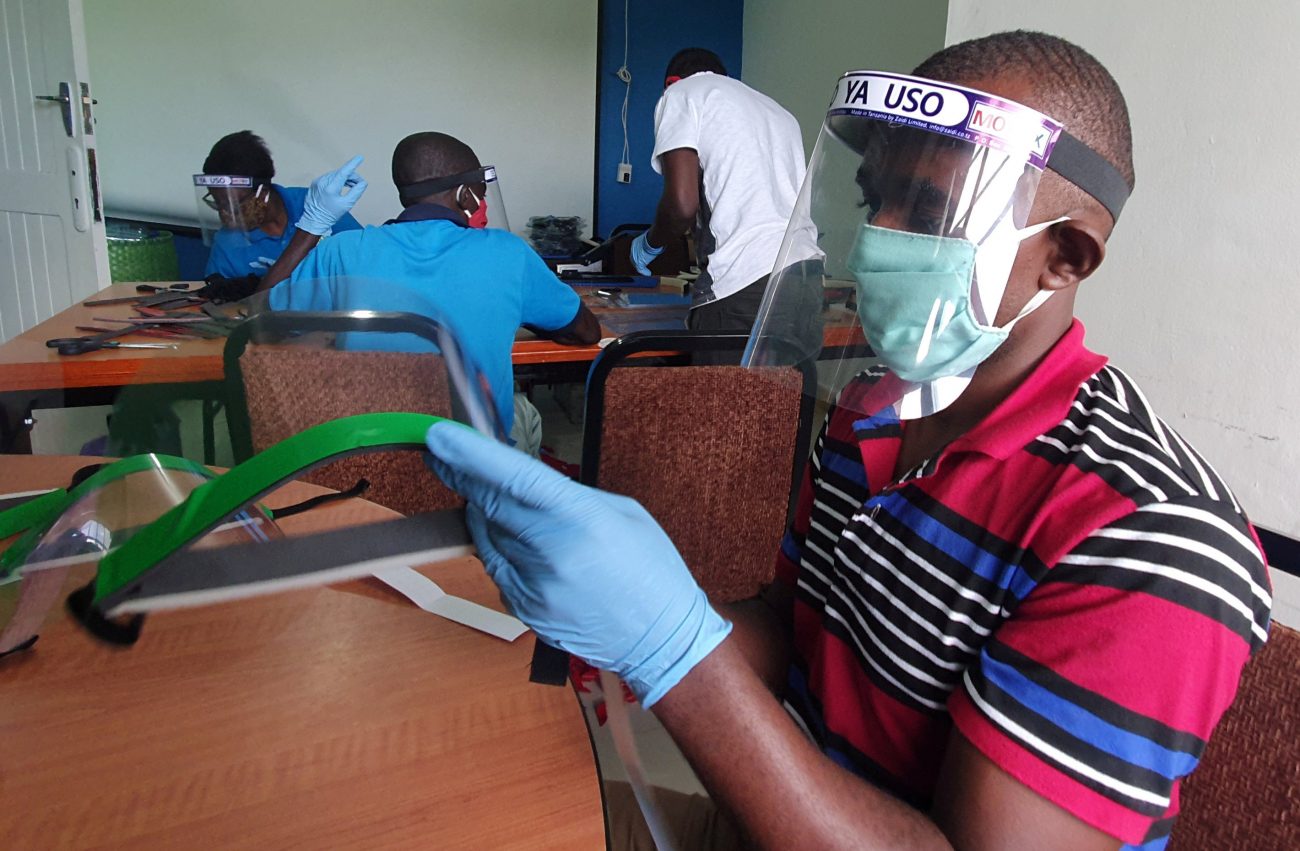 Workers prepare protective face shields from recycled plastics at the Zaidi Recyclers workshop in Dar es Salaam, Tanzania, May 21, 2020, during the COVID-19 pandemic. Although the Catholic president of Tanzania has downplayed COVID-19 testing and vaccines, the church is telling people to take preventive measures. (CNS photo/Reuters)

DAR ES SALAAM, Tanzania (CNS) — Archbishop Jude Thaddeus Ruwa’ichi of Dar es Salaam told Catholic News Service it was time for the country to accept that COVID-19 exists, noting that denying the truth has led to loss of lives and a lot of people getting sick.

“COVID-19 is still with us and we should stop being careless,” he said. “Let us protect ourselves and stop spreading the virus. People should seriously start wearing face masks and washing hands with soap and water.”

Since the start of the COVID-19 pandemic a year ago, Tanzania’s authority has repeatedly downplayed the virus and urged citizens to ignore preventative measures necessary to keep the virus from spreading.

Instead, on several occasions, President John Magufuli, a Catholic, has urged Tanzanians to focus on prayers, referring to the virus as demonic amid warnings that the nation is seeing a deadly resurgence in infections.

“Let’s pray and fast for three days; I am sure we will win again,” Magufuli told mourners in late February at a funeral for John Kijazi, chief secretary. “May I ask religious leaders, just as you have been doing, keep insisting in prayers. We will win. We won last year. We will win this year and years to come.”

The country of nearly 60 million people has not published data on the number of coronavirus cases since April.

In February, the East African nation lost more than 10 prominent citizens to the coronavirus, including Seif Sharif Hamad, Zanzibar’s first vice president, who also was national chairman of the opposition party, ACT-Wazalendo. 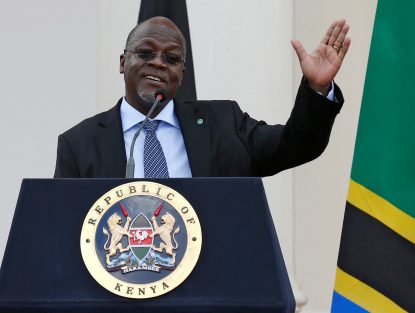 Tanzanian President John Magufuli is pictured in a 2016 file photo. Although the Catholic president has downplayed COVID-19 testing and vaccines, the church is telling people to take preventive measures. (CNS photo/Thomas Mukoya, Reuters)

Father Kitima urged Tanzanians to follow all health precautions such as wearing masks, keeping social distance, washing hands with soap and sanitizing, warning that the virus threat was still alive in the country.

“Priests are dying and sisters are dying, but this number within two months has shocked us, especially considering the government has strengthened better health systems,” Father Kitima said in statement.

Archbishop Gervas Nyaisonga, president of bishops’ conference, said prevention was better than cure and rallied citizens to fight the pandemic.

“All of us have a responsibility to avoid the danger of contagion, and therefore we should protect ourselves from the virus,” he said. “I want to urge all of us to accept the reality of the disease and live by following the indications provided by the experts and by those who know how to contain the disease.”

But Magufuli remains adamant. He has refused to embrace COVID-19 vaccination and declined to put the country under any form of lockdown. Bars and restaurants remain open across the country, while sports events have been allowed to continue without safety protocols. He has praised citizens for not wearing masks and cracked down on anyone who dares raise concerns about the virus’ spread in the country.

“There’s coronavirus here because people are falling ill and dying from respiratory disease,” said a young woman who owns a small hotel in Kibamba, on the outskirts of Dar es Salaam. “I’m happy the church is speaking about it and urging the government to protect us. Their voice is very important at the time the country is losing a lot of people from the virus.”

The World Health Organization has expressed concern over the government’s unwillingness to publish statistics on COVID-19 cases. Tedros Adhanom Ghebreyesus, head of the WHO, urged Tanzania’s government to start releasing infection numbers and share data.

NEXT: Pope: Honor martyrs by remaining faithful, working for a better Iraq