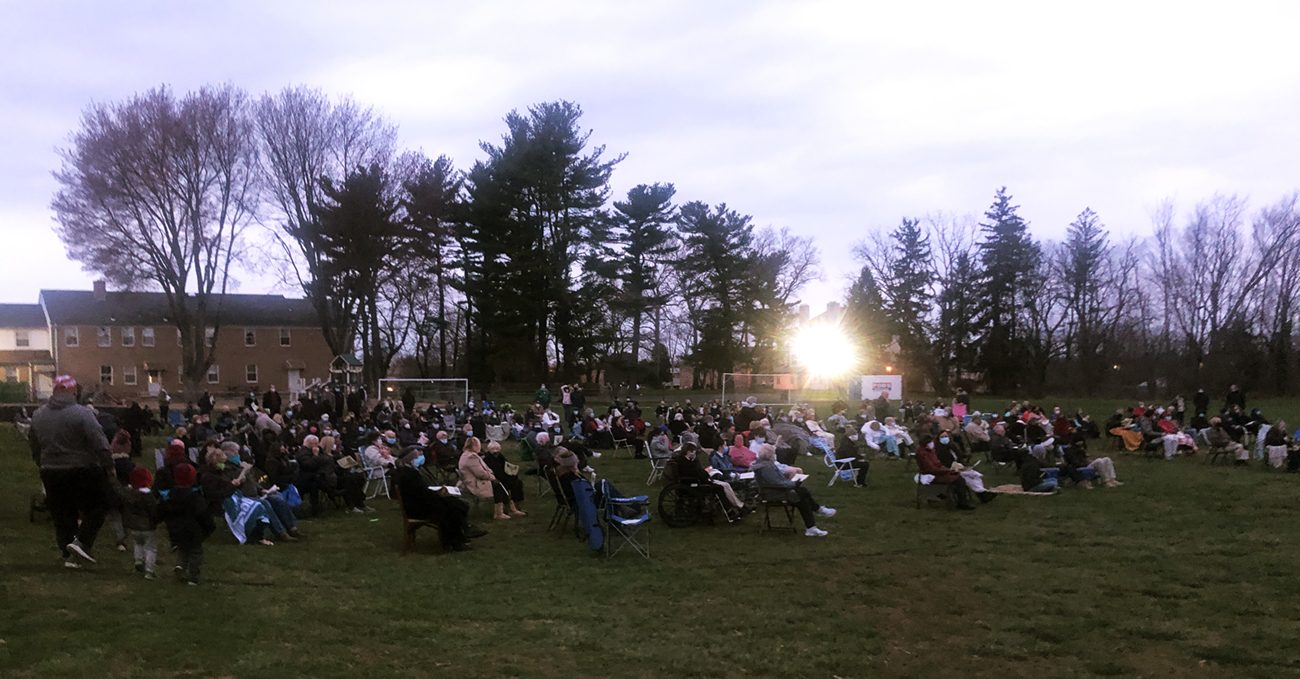 Parishioners gather on a baseball field at Nativity of Our Lord in Warminster for an April 5 sunrise Mass of the Resurrection of the Lord. Pastor and principal celebrant Father Joseph Watson said the outdoor liturgy enabled many to safely receive holy Communion after a year of COVID-related isolation. (Photo courtesy of Father Joseph Watson)

A Bucks County parish celebrated Easter with an outdoor sunrise Mass that brought tears of joy to several participants.

Some 300 faithful gathered on the baseball field at Nativity of Our Lord Parish in Warminster for last Sunday’s 6:30 a.m. liturgy, trading the pews for lawn chairs as pastor Father Joseph Watson – an avid Phillies fan – presided from an altar between second and third base.

Among various Christian denominations, Easter sunrise commemorations – which reflect the early morning visit to Christ’s tomb by Mary Magdalene and her companions, an event detailed in all four Gospels – have been popular for several centuries.

The sunrise Mass “(provided) an opportunity for our parishioners who have not received the Eucharist in over a year to have a means to do that where they felt safe,” he said. “Being outdoors and socially distant provided that sense of safety and protection.”

Parishioner Maureen Sacco described the Mass as “beautiful,” while fellow congregant Michael Kotwicki said he hoped the sunrise liturgy would become “a new tradition for us at Nativity of Our Lord Parish.”

Although the pre-dawn setup required substantial planning and coordination, the effort paid off, said Father Watson.

“I saw people at that Mass that I haven’t seen in a year. Some came to holy Communion with tears in their eyes,” he said. “That made it all worth it.”

PREVIOUS: In the beginning, is now: Catholic Charities Appeal Day