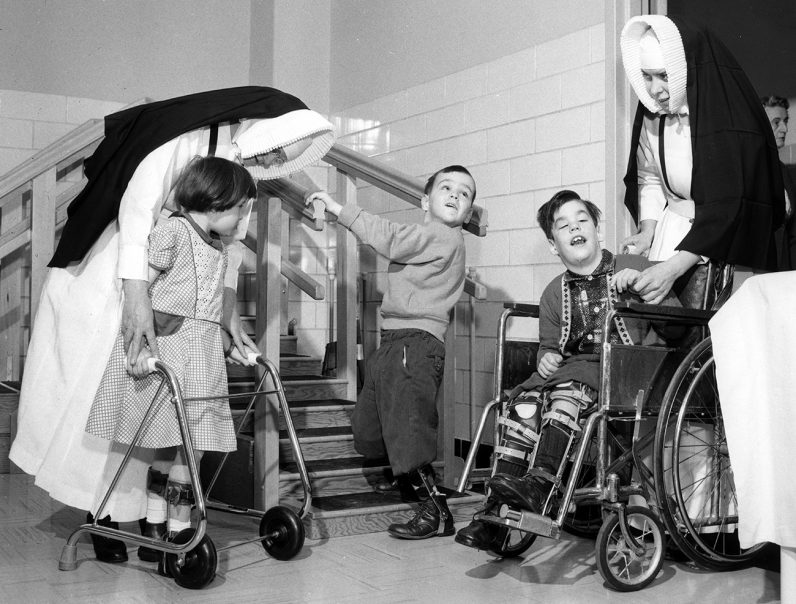 Religious sisters care for children with disabilities at a Catholic facility in Philadelphia circa 1958. (Courtesy of the Catholic Foundation of Greater Philadelphia)

Friday, April 9 is Catholic Charities Appeal Day as it has been since 1958 when Philadelphia Mayor Richardson Dilworth signed a city proclamation on the occasion of the 150th anniversary of the Philadelphia Archdiocese.

Then as now, the appeal is the archdiocese’s largest and most important annual fundraiser that supports the church’s extensive outreach to the needy in the Philadelphia region.

When the appeal was founded 63 years ago, its goal was to raise $1.6 million in service of 70,000 persons “regardless of race, color or creed.” 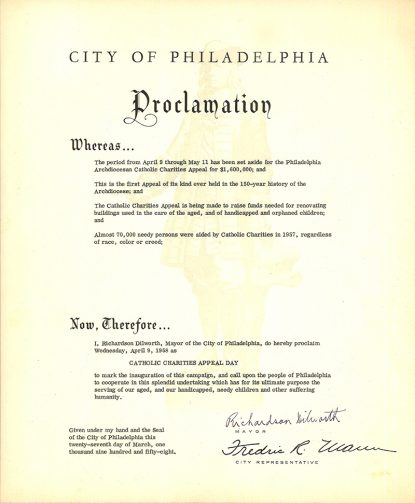 Times have changed, so the goal of this year’s appeal is $12.5 million, with more than $4 million raised since its launch last January.

And many more people are served from the money raised, including 180 beneficiaries including some 100 agencies of Catholic Social Services, three schools of special education, 17 economically struggling Catholic parishes and their 36,000 parishioners plus care for 158 retired priests, among other ministries.

Specifically, beneficiary Nutritional Development Services gave out more than 8.8 million meals for hungry children and adults in 2019, according the appeal’s website.

While the needs may be greater than in 1958, the Catholic Charities Appeal continues to call upon the generosity of Catholics and all people.

It echoes the sentiment of Mayor Dilworth, who called upon “the people of Philadelphia to cooperate in this splendid undertaking which has for its ultimate purpose the serving of our aged, and our handicapped, needy children and other suffering humanity.”

Make a pledge to the appeal today here. And watch a video on the appeal below:

NEXT: Bucks County parish rises at dawn to celebrate Easter