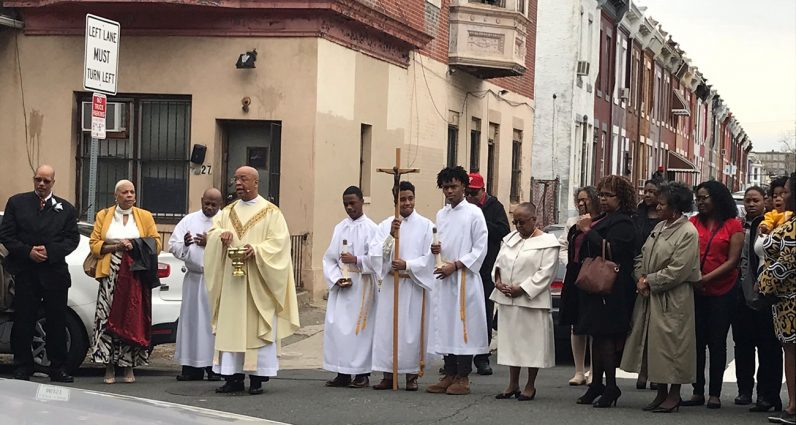 Philadelphia’s soaring rates of homicide and gun violence are down to deep-rooted causes – and the solution ultimately lies in the hope offered by the Gospel, along with concrete action, say several archdiocesan clergy.

Since January, the city has seen a 33% increase in homicides over 2020, with at least 132 victims. As of April 8, there were 98 fatal shootings, with another 423 nonfatal gun attacks.

Last year was its own grim milestone, marking a 30-year high in Philadelphia’s murder rate, and exceeding the 2019 homicide total by 40%.

Those wounded or killed have included pregnant women and children as young as 11 months. One 55-year-old man, a member of a video production team, was shot dead March 31 in the city’s Strawberry Mansion section while filming an anti-violence documentary for Netflix.

“We must ask, ‘Why are we so violent?’” said Archbishop Nelson Pérez. “We also need to pray, and to come together as parish communities to become beacons of hope and peace for people.”

Philadelphia isn’t the only U.S. city grappling with a spike in gun violence. Across the nation, communities great and small saw the largest one-year increase in homicides on record during 2020.

According to the Gun Violence Archive, firearms were responsible for the deaths of more than 43,500 individuals in the U.S. last year. Over 24,000 were the result of suicide, with the remainder due to murder, defensive gun use or unintentional shootings.

The trend has continued into 2021, with more than 4,900 non-suicide gun fatalities to date, including high-profile attacks in Atlanta and Boulder last month that left a combined total of 18 dead.

Public officials and other experts have pointed to a variety of factors behind the bullets – among them, poverty, racial inequality and the wide-ranging impact of the COVID-19 pandemic, particularly on communities of color.

A number of inner-city priests surveyed by CatholicPhilly.com agreed that ready access to guns, lack of educational and economic opportunities, and systemic racism all contribute to gun violence.

But the real root of the problem, they said, can be located in the heart and in the home.

“For me, it all comes down to a loss of hope,” said Father Stephen Thorne, pastor of St. Martin de Porres in North Philadelphia. “So many, especially younger people in this city, have lost hope.”

Living full-time in one of the city’s most violent neighborhoods, Father Thorne has witnessed the effects of gun violence firsthand. Shortly after his parish’s 2019 Easter Vigil Mass, a young man was shot dead in front of St. Martin de Porres. A bullet pierced a window of the church, which was unoccupied during the ambush.

Four years earlier, Philadelphia Police Sergeant Robert Wilson III had been killed while attempting to stop a robbery at a nearby game store. 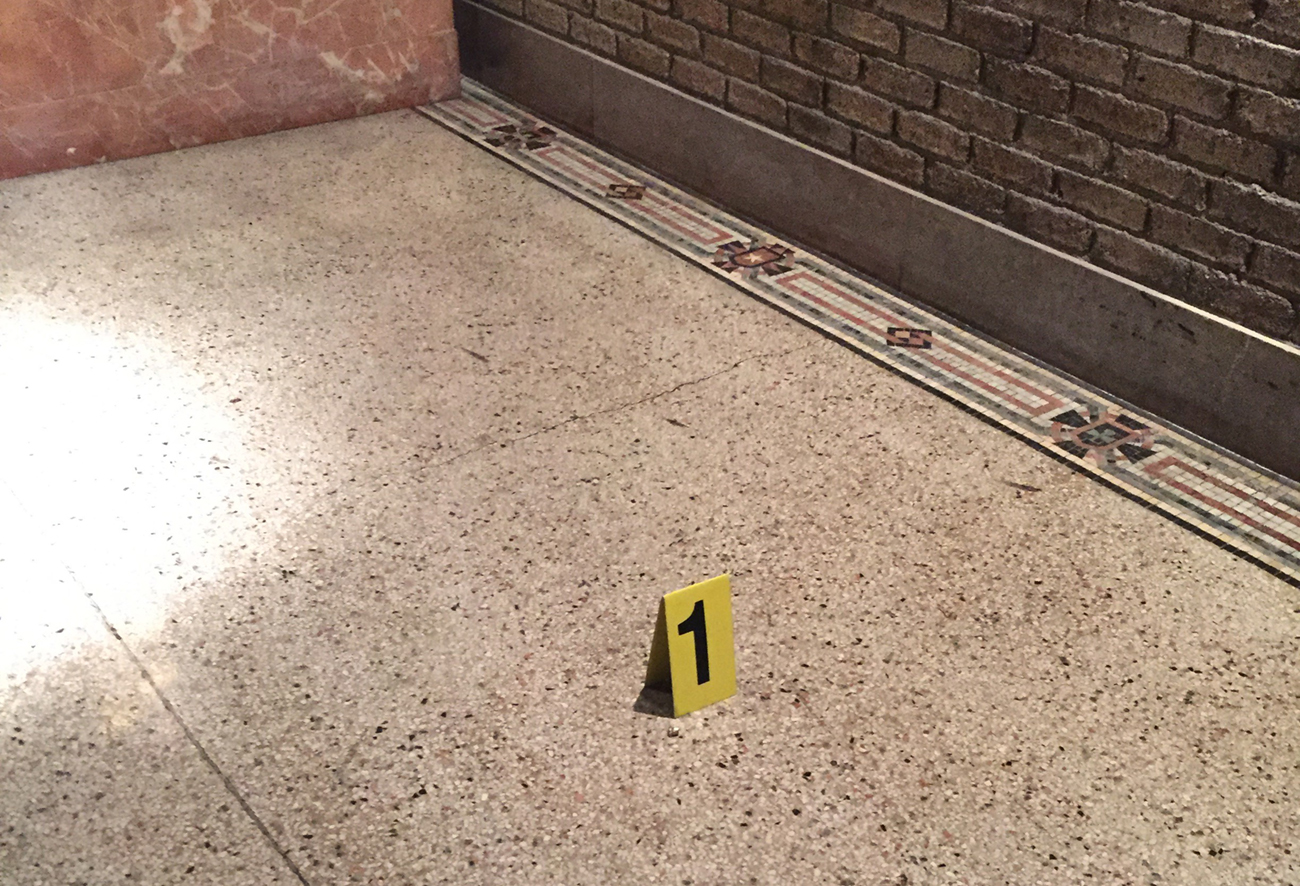 Such tragedies “bring to light what our communities go through” on a day-to-day basis, said Father Thorne, and reveal the predictable consequences of despair.

“If I don’t believe my life is important or that God loves me or that I have a plan for my life, I’m going to get angry, even in traffic or on social media,” he said. “And then – guns.”

“Ultimately, there is too much anger, hatred and pent-up frustration among people today,” said Father Thomas Higgins, pastor of Holy Innocents Parish in Philadelphia’s Juniata Park section, where at least two shootings have occurred within blocks of that church in recent months.

Such tension can be felt “every day while driving,” he said.

“People are so impatient anymore,” said Msgr. Federico Britto, pastor of St. Cyprian Parish and parochial administrator of St. Ignatius of Loyola Parish, both in West Philadelphia. “They don’t argue verbally. They argue by using guns.”

From a societal perspective, said Archbishop Pérez, “life has become cheap,” a devaluation that leads to “the breakdown of the family.”

Many of those perpetrating violence themselves “come from violent circumstances and … from troubled homes,” leading them to “succumb to activities that are not healthy and life-giving,” he said.

Communities as a whole have also frayed, said Msgr. Wilfred Pashley of St. Barbara Parish in the city’s Wynnefield neighborhood.

“Years ago, everybody on the block knew one another,” he said. “We’ve lost that sense of responsibility for the actions of and people within our communities.”

Fear and isolation among residents only compounds the issue, said Msgr. Pashley.

“Not going out of your house is part of the problem,” he said. “Don’t expect the police, the mayor or City Council to solve this. It’s us; we’re the problem.”

Taking the church to the streets

Despite daunting statistics and the issue’s scope and complexity, gun violence can – and must — be met with a courageous, committed pastoral response, said area priests.

“We are able to become a powerful and vibrant voice in the lives of young people,” he said. “That voice is going to have to compete with a lot of other voices that are out there, but we have to be a compelling voice, a loving voice, a merciful voice – but a strong voice.”

“We are not going to solve this problem unless we as leaders come together, talk and bring about a sense of engaging with young people,” said Father Thorne, who represents the Archdiocese of Philadelphia on a city task force for countering racism and violence.

Missionhurst Father Andrew Labatorio, pastor of Our Lady of Hope in North Philadelphia, said parishes should become “more proactive” in their outreach, rather than simply functioning as “individual structures within a community … not directly interested in the local level and in other (area) organizations.”

He and his parishioners are in the process of forming a “community brigade” or town watch group that will invite young people to assist in caring for their neighborhood.

With the number of city parishes and priests decreasing, “the laity have to speak (up)” about gun violence, said Msgr. Pashley.

“If there’s a shooting on your block, you have to cooperate with police,” he said. “If you see someone in your neighborhood causing problems, call and report it; don’t hide.”

“My mother was in the Pennsylvania House of Representatives for 12 years,” he said. “Legislators do read their mail, and it does influence what they think.”

Msgr. Britto agreed that faithful should “stay in touch with our legislators and support them” in initiatives to combat violence.

In addition, he said, parishes can “bring consciousness and awareness” to their neighborhoods through public messaging. He regularly mounts signs on the exterior of his parish’s buildings, asking passersby to “stop the violence and pray for peace,” and plans to install a banner with the same call to action across Cobbs Creek Parkway, the main thoroughfare in front of St. Cyprian.

Maintaining parish grounds and cultivating gardens, particularly amid distressed neighborhoods, can have a subtle but profound impact, said Father Thorne.

“We are very intentional about flowers, lights and cleanliness,” he said. “Blight adds to hopelessness. There’s a connection between violence and a lack of beauty.”

He also cited “being present in the community” simply by “walking the streets” and listening to residents’ concerns as key to overcoming divisions, developing educational and employment opportunities and restoring social cohesion.

With the city – and the world itself – reeling from violence and division, proclaiming the Gospel’s transcendent message of restoration is more vital than ever, said Father Higgins.

“As pastors, as religious leaders, we need to work together in helping our brothers and sisters work through their anger and frustration, helping to heal and reconcile a fractured society,” he said.

“We have to go to the streets to be the church,” said Father Thorne, “and not just stay inside the building.”

NEXT: In the beginning, is now: Catholic Charities Appeal Day