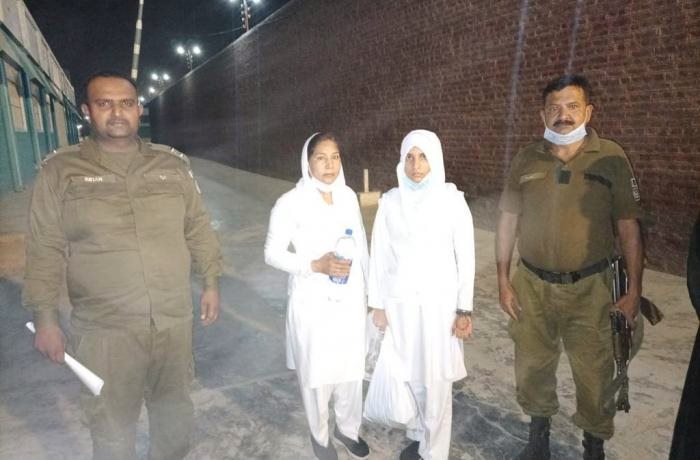 Nurses Mariam Lal (second left) and Newish Urooj (second right) are pictured with police in this April 2021 photo. The women, both Christian, were accused of violating Pakistan’s blasphemy law during an April 8 shift at the Civil Hospital in Faisalabad. (Photo courtesy of INCPak)

An archdiocesan priest originally from Pakistan has condemned the recent arrest of two Christian nurses on charges of blasphemy in his native country.

“Unfortunately, the numbers of such false cases against Christian women are increasing,” said Father Tariq Isaac, chaplain of the Archdiocese of Philadelphia’s Pakistani Catholic community and parochial vicar at St. William Parish in Philadelphia.

On April 8, nurses Mariam Lal and Newish Urooj of Civil Hospital in Faisalabad were accused of insulting Islam by scratching a sticker printed with the words “Durood Shareef,” a salutation for the prophet Muhammad.

A “first information report” under section 295-B of Pakistan’s blasphemy law was made by hospital physician Dr. Mirza Muhammad Ali, resulting in the nurses’ detention.

In an interview with UCA News, Father Bonnie Mendes, who was anointing the sick in the hospital at the time of the incident, said the two women “were trying to clean (a) cupboard” to which the sticker had been affixed, and the item “was already half torn by a mentally challenged patient.”

Father Mendes added that he and two fellow Christians, one of them a doctor, “were removed from the hospital inquiry committee amid mounting tension.”

The nurses themselves were physically attacked by an angry mob after hospital staff leveled the accusations. Prior to being kicked as she was led into a police van, Lal was stabbed in the arm by hospital co-worker Muhammad Waqas, who told hospital officials he “would have killed her” given the opportunity, since “a Muslim can’t keep quiet against blasphemy to his prophet.”

“When such (blasphemies) are said to happen, people try to kill the person, even when the accusation is not proven,” he said. 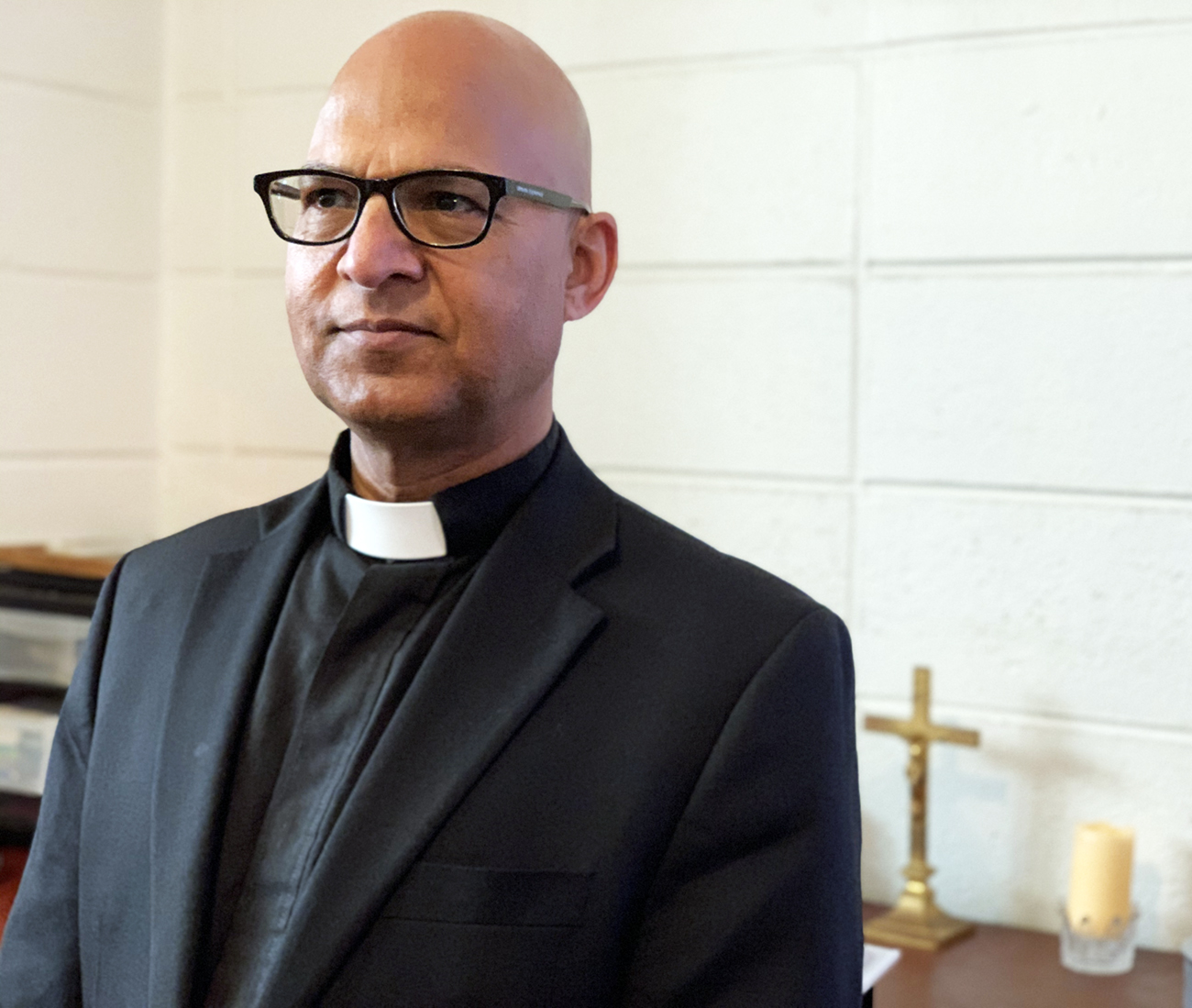 Father Tariq Isaac, chaplain of the Pakistani Catholic community in the Archdiocese of Philadelphia and parochial vicar at St. William Parish in Philadelphia, has often spoken out against persecution of Christians in his native Pakistan, which he and his family fled in 2011 due to that nation’s blasphemy laws. (Gina Christian)

Originally introduced in 1860 under British rule, the blasphemy law applied to all religions, making it a crime to interfere in religious assemblies, insult religious beliefs or profane sacred objects or sites.

In the 1980s, the law was substantially expanded and refined to specifically protect Islam from a wide range of direct and indirect affronts. Critics have pointed out that the law is commonly invoked on behalf of personal grudges rather than religious grounds.

Despite Pakistan’s legal protocols for processing blasphemy charges, too many “take the law into their own hands and try to kill” the accused, said Father Isaac.

He cited the case of Tabitha Nazir Gill, a Christian nurse and gospel singer who was slapped and stripped by colleagues at Karachi’s Sobhraj Maternity Hospital on January 28 for alleged blasphemy. Videos of the assault were widely circulated on social media.

A day later, Muslim cleric Maulana Tahir released a recorded message on his Facebook page urging protection of religious minorities. One of Gill’s Muslim colleagues, a nurse identified as Kausar, released a similar video as well.

Yet those calls are too few and far between for Christians, Hindus and other religious minorities in Pakistan, said Father Isaac.

After being themselves targeted for blasphemy, he and his family fled to the U.S. in 2011, and Father Isaac became a naturalized citizen in December 2020.

In his archdiocesan ministry, Father Isaac has worked to raise awareness of the relentless – and often deadly – persecution routinely faced by Christians in every area of Pakistan. In November 2020, he organized an interfaith prayer service on behalf of several Christian teen girls who had been kidnapped and forced to convert to Islam.

Lack of religious tolerance and protection for Pakistan’s minority faith communities requires sweeping change, he said – and topping the list is the abolishment of the blasphemy law.

“It must go,” he said. “Otherwise, you will continue to see such cases taking place.”

Father Isaac asked Catholics and all Christians to pray for their fellow believers in Pakistan, and to provide them with material assistance whenever possible.

Both Archbishop Charles Chaput and Archbishop Nelson Pérez have previously voiced their support for persecuted Christians in Pakistan.

In January 2020, Archbishop Chaput wrote a letter to Prime Minister Imran Khan noting that “Christians and other members of minority religions in Pakistan face chronic hostility, harassment, and persecution” while that nation’s government “seems to do little to ensure their personal safety and their full participation in public life.”

Archbishop Pérez said that the “detestable practices” of kidnapping and forcibly converting Pakistani girls to Islam “are foreign to the mind and will of God,” who “is not deaf to (victims’) cries and their anguish.”

Above all, he said, inaction on the part of Pakistan’s government and the global community will only continue to prove deadly.

“If the government just keeps silent, and doesn’t say anything, they will leave these minorities at the mercy of the people,” he said. “And the people have no mercy in this regard.”

NEXT: Worlds of difference, but one faith, one family at annual gathering