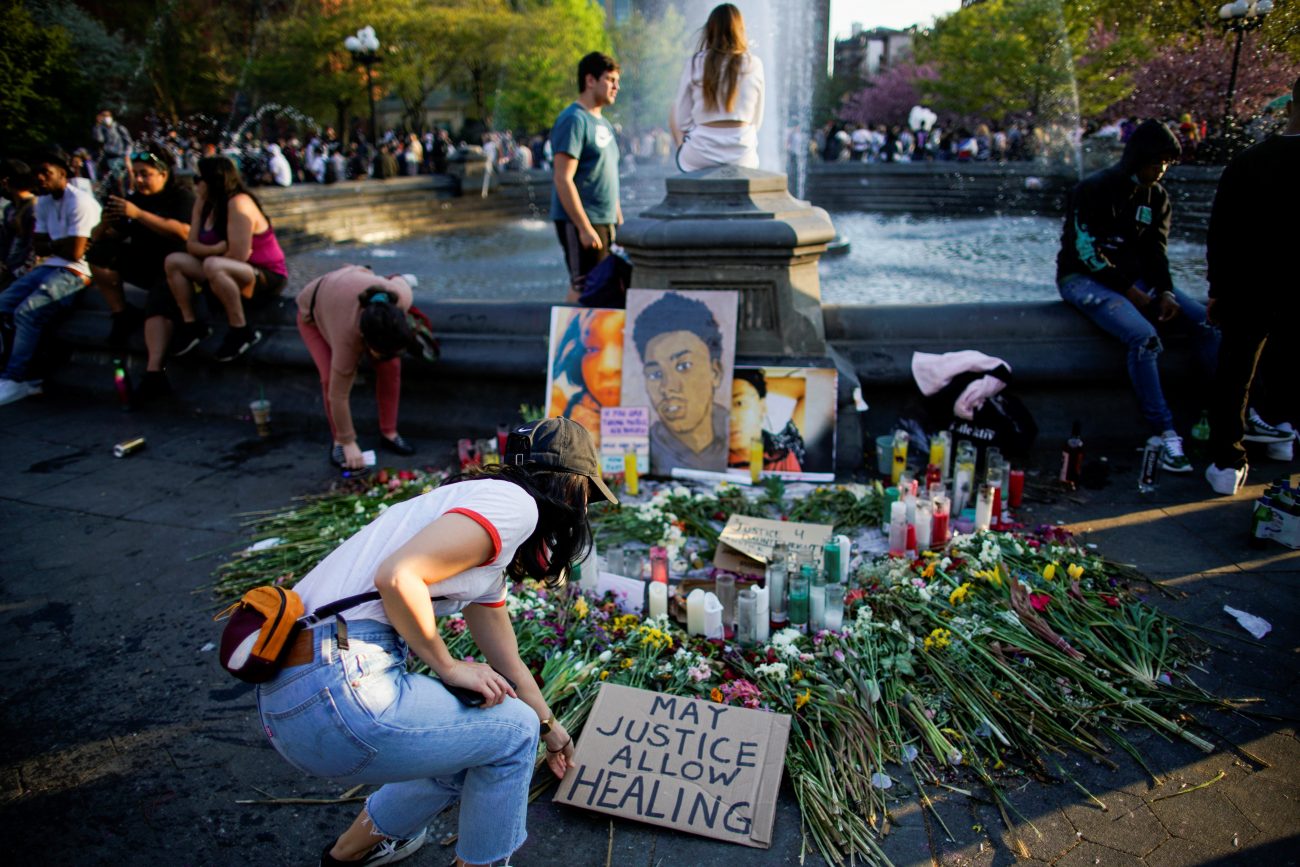 The conviction of former police officer Derek Chauvin in the death of George Floyd marks only the start of a long road to racial healing, say archdiocesan leaders and those in ministry to Black Catholics.

Chauvin was found guilty by a Minneapolis jury April 20 of both second- and third-degree murder charges, as well as second-degree manslaughter, after pinning Floyd to the ground for some nine minutes during a May 25, 2020 arrest. Bystander video showed Floyd crying that he could not breathe before he lost consciousness and died.

Yet while “the (Chauvin) trial has concluded, the struggle to eradicate hatred is ongoing,” the archbishop said.

“There is still more work to be done,” said Andrews, adding that he hoped “police will realize they have to follow their training and give all of us respect, despite our race.”

Deadly encounters between police and persons of color continued throughout the high-profile proceedings in the Chauvin case, said Tia Noelle Pratt, director of mission engagement and strategic initiatives at Villanova University.

(Related: James Andrews, direct of the archdiocesan Office for Black Catholics, on “Healing the Wounds of Racism”)

Some 10 miles from the courtroom, 20-year-old Daunte Wright was fatally shot by a police officer during an April 11 traffic stop. As news of the Chauvin verdict broke, 16-year-old Ma’Khia Bryant was killed by officers in Columbus, Ohio during an altercation with two other girls outside of a foster home.

“The anti-racism work that is so desperately needed cannot end with this verdict,” said Pratt, who released the #BlackCatholics Syllabus last June.

“It is clear that those in law enforcement face situations that most Americans can never imagine on a daily basis, which demands exceptional ongoing training,” said Father Walsh.

At the same time, he said, “we have to support police and other community leaders who are entrusted with the well-being of our neighborhoods.”

More broadly, “we must also continue to work to reform, and if necessary dismantle, the systems of power that produce racial inequalities and injustices … in policing, health care, education, housing, voting access and life outcomes,” said Shannen Dee Williams, assistant professor of history at Villanova University.

The path to “meaningful change” requires “changes not exclusively to our justice system, but to the hearts and minds of a society that has been reluctant to honestly face its past,” said John Wilson, a parishioner at Our Lady of Mount Carmel Parish in Doylestown and director of a men’s Bible study group.

In that effort, “the first step is prayer,” he said.

Watching Floyd’s brother, Philonise, pray throughout the trial was a source of solace to Tonya Taylor Dorsey, director of the Philadelphia Catholic Gospel Mass Choir.

“At any given time … (he) could be seen with the palms of his hands pressed together in prayer, and when the verdict was read … this man simply prayed,” she said. “So I found comfort in hearing about a black man’s unshakable faith, and unbreakable bond with God even through tragedy.”

In fact, said Wilson, “if we all asked our Father to help us see one another as his unique creation, we wouldn’t be in this sad condition.”

“We’re all children in the eyes of God,” said Msgr. Federico Britto, pastor of St. Cyprian Parish and parochial administrator of St. Ignatius of Loyola Parish, both in Philadelphia. “God created us equal. We’re the ones who don’t treat each other as such.”

The task at hand requires “more respect for human life” and “more communication” among all involved, said Msgr. Britto, who also pointed to the discrimination faced by Asian Americans.

“The church is not immune from this work,” which must be continued “with even greater urgency,” said Pratt.

Faithful “must continue to proclaim the gospel of Jesus Christ and invite people to a life-giving relationship with (him),” said Father Walsh.

In addition, “our parishes must strive to be communities of faith that accompany one another through the ups and downs of life,” he said.

Archbishop Pérez said “ensuring social justice … is a common responsibility that we all share,” one entailing “difficult conversations and hard work as we seek to achieve peace and unity.”

Such goals are “not impossible,” he said. “Our God challenges us to love our neighbors with open hearts and to see Christ’s presence in them.”

NEXT: Gary and Patricia Holloway honored for service to seminary