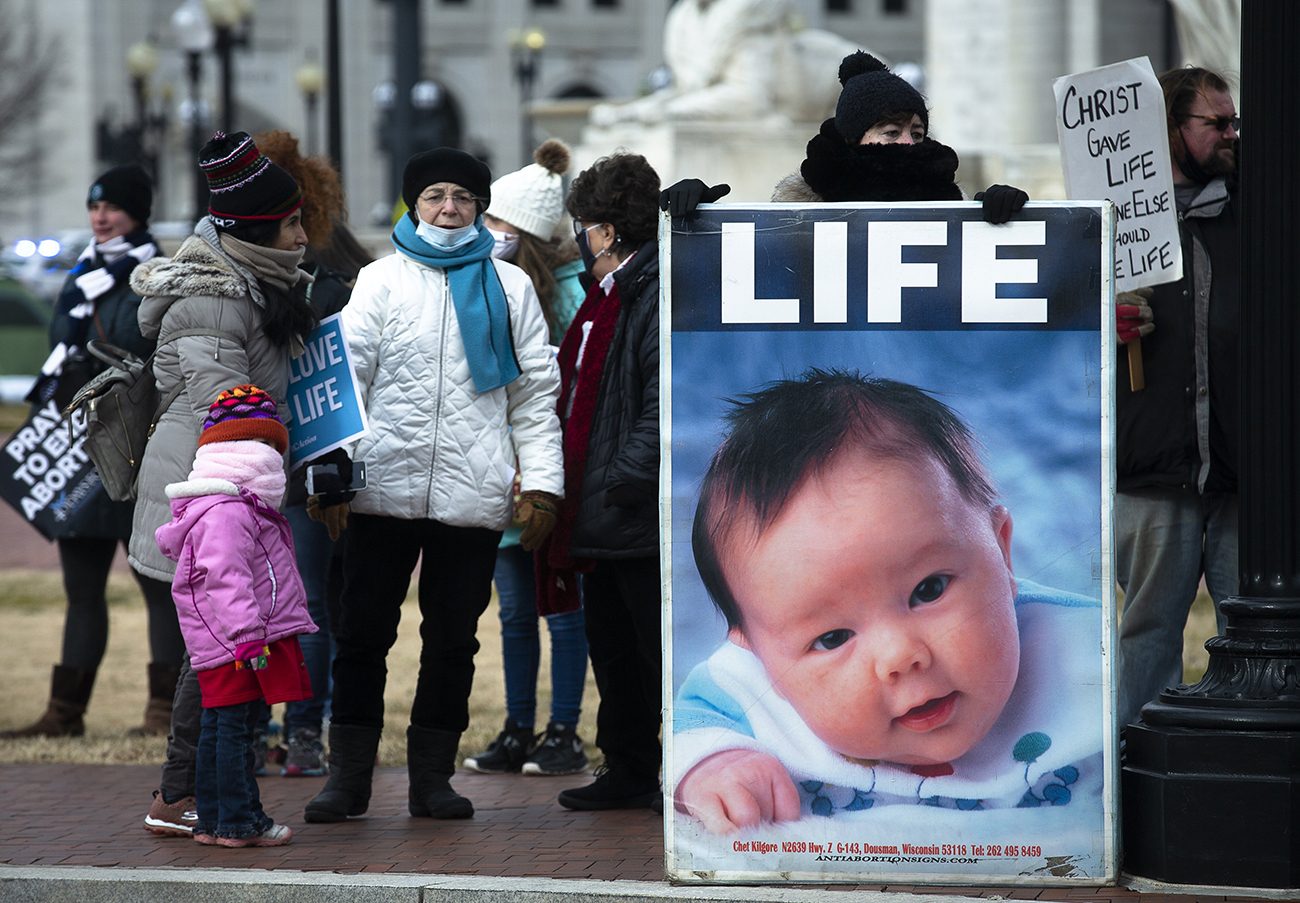 March for Life participants demonstrate near Union Station in Washington Jan. 29, 2021, amid the coronavirus pandemic. In Idaho, lawmakers approved a measure April 20 to ban abortion once a fetal heartbeat is detected and was sent to Gov. Brad Little's desk. (CNS photo/Tyler Orsburn)

BOISE, Idaho (CNS) — The Idaho Senate approved a measure called the Heartbeat Bill April 20 that would ban almost all abortions after an unborn child’s heartbeat can be detected, which could be as early as six weeks, and the measure has been sent to Gov. Brad Little’s desk.

The bill, S. 1183, has exceptions for rape, incest or medical emergency. It makes providing an abortion after a detectable heartbeat punishable by up to five years in prison and a woman who receives an abortion in such a case can sue the abortion provider.

The Senate vote for passage was 25-7. Earlier in April, the Idaho House of Representatives passed its version 53-16, with one lawmaker absent. Both chambers of the Legislature are majority Republican. The governor, who also is a Republican, had not yet indicated if he would sign the bill.

Republican Sen. Patti Anne Lodge, the bill’s sponsor, called it “good legislation that gives a preborn child the same rights as a mother.”

One of the bill’s opponents, Democratic Sen. Melissa Wintrow, called it “an attempt to restrict women’s liberty to access a safe and legal abortion.”

In the House, during debate on its bill, H. 366, Republican Rep. Steven Harris said, “We want to save baby lives. A preborn baby with a heartbeat has a 95% chance of reaching full term. That sounds like viability. … Let’s tell Idahoans that abortion stops a beating heart, something you can see and hear for yourself.”

Said Republican Rep. Tammy Nichols: “I hope that in the future, we can bring forth even stronger legislation and try to save all babies, because I think all lives do matter.”

“Although sometimes it is a sacrifice to bring them into this world, I can never say that I’ve met anyone who has regretted that choice,” she added. “So I’ll be supporting this piece of legislation.”

The Associated Press reported: “The bill contains a ‘trigger provision,’ which means it wouldn’t go into effect unless a federal appeals court somewhere in the country upholds similar legislation from another state. Similar bills have been passed in several other states, and some are already being litigated. Earlier this year, a federal court temporarily blocked a fetal heartbeat bill in South Carolina.”