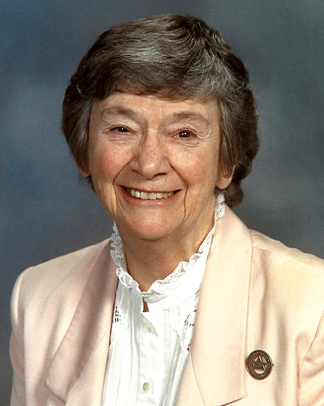 Sister Cora Marie McGuire, M.S.B.T., died March 22 in Philadelphia at age 91. She was in her 72nd year of religious life as a Missionary Servant of the Most Blessed Trinity.

Cora Ann McGuire was born in Brooklyn, N.Y. to Peter and Frances McGuire, one of 11 children. She was baptized at Our Lady of Angels Parish in Brooklyn.

Her sister Grace Mary entered the same community three years after Cora in 1952.

Sister Cora Marie earned a B.A. in sociology from St. John’s University and a master’s in religious education from Boston College.

In 1995 Sister Cora Marie went to Immaculate Conception Parish in Montclair, New Jersey where she continued in ministry for the next 13 years.

In 2008 Sister Cora Marie was missioned to the MSBT Motherhouse and later in 2010 to the ministry of prayer. In January 2014 she was part of the first group of MSBT sisters to establish a new residence in Wesley Enhanced Living, where in 2019 she celebrated her 70th jubilee.

The funeral Mass was celebrated March 29in the MSBT Motherhouse Chapel in Northeast Philadelphia.