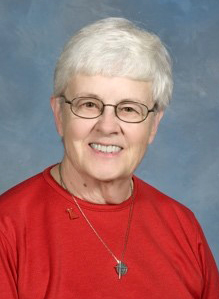 The daughter of the late William and Dolores Moriarty, she attended St. Patrick Grade School and York Catholic High School.

In September 1955 she entered the Sisters of St. Joseph, Chestnut Hill, and professed her final vows in 1963.

Sister Ann ministered in the archdioceses of Philadelphia and Washington, and the Diocese of Trenton.

Sister Ann is also survived by nieces, nephews, grandnieces and grandnephews, and members of her congregation, the Sisters of St. Joseph.

A memorial service will be held at a later date. Donations in Sister Ann’s name to Saint Joseph Villa, 110 W. Wissahickon Ave., Flourtown, PA 19031, would be appreciated.