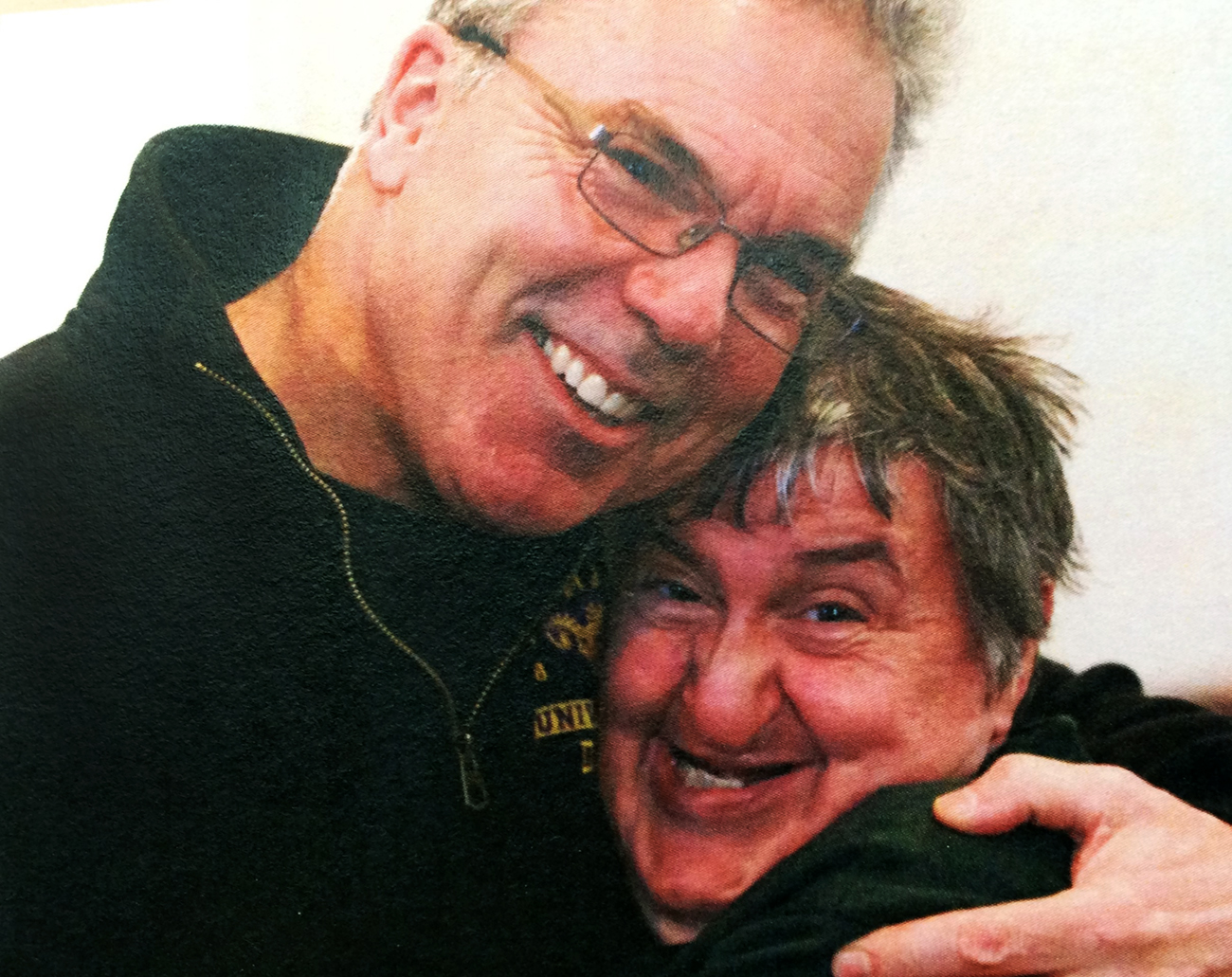 An archdiocesan employee has been recognized by a local university for his commitment to those affected by poverty, homelessness and intellectual disabilities.

Kevin Barr of Catholic Social Services (CSS) recently received the “Spirit of St. Francis and Clare of Assisi Award” from Neumann University. The honor is annually bestowed on a graduate who lives out Catholic, Franciscan values by promoting human dignity, intercultural understanding, peacemaking or care for the environment.

Now in his second decade at CSS, Barr – the development director for the archdiocesan Communities of Don Guanella and Divine Providence — said he was “truly grateful” for an accolade that highlighted his “passion for Franciscan spirituality.”

But, he admitted, that fire was almost doused before it could start, thanks to a series of misfortunes decades earlier.

At Cardinal O’Hara High School, Barr had excelled in both football and baseball, securing a spot on the Lions’ All-Catholic team as well as a full baseball scholarship to Saint Joseph’s University. After turning the tassel on his mortarboard, he packed up and moved onto campus.

And almost immediately regretted the decision.

“The whole dynamics felt off to begin with,” he said.

One of 11, Barr also found the shock of moving from a large, loving home to a campus dormitory overwhelming; on top of that, he “missed football so much.”

Fortunately, Barr’s father – who had played football for Pennsylvania State University – supported his son’s decision to transfer to the University of Delaware and get back to the gridiron.

The new setting “just didn’t work out” for Barr, and he left campus after two years to work on the docks at what was then the Scott Paper Company in Chester.

“It was a heavy time for me,” said Barr. “I was feeling like a loser, asking myself, ‘Why did I give up?’ and ‘What can I do to get back into school?’”

The unlikely answer came from a nun at a nearby women’s college.

Barr had heard about an evening program that was opening up at then-Our Lady of Angels College (now Neumann University) in Aston, which had been founded a few years earlier by the Sisters of St. Francis. The accelerated degree program enabled students to earn their bachelor’s degree while accommodating childcare needs – and men were invited to enroll.

“I was riding up on my motorcycle with my long hair,” recalled Barr, who graduated from the college in 1979 – and once again found himself grappling with a dark night of the soul.

“I sold that motorcycle to my brother,” he said. “He was killed on it while his wife was pregnant with their child.”

The tragedy was “a catalyst” for Barr, one that spurred him to delve more deeply into his faith. Inspired by the Franciscan based religious studies courses offered at Our Lady of the Angels, he sought a graduate degree from the School of Theological Studies at St. Charles Borromeo Seminary in Wynnewood.

“I wanted to go to the Scripture, to the good news of the Gospel, to see how I could deal with (the loss),” said Barr.

After his studies, a men’s retreat deepened his faith still further, and Barr left the business world for CSS. Over the years, he has advocated for impoverished Chester County residents, directed programs at St. John’s Hospice for men in homelessness, and – in his present position – supported men and women with intellectual disabilities.

Early in his CSS career, he learned that divine love shines through human wounds.

“I was an intake worker in Chester County, and one of my first encounters with a woman and her little daughter who had hardly any money, and no transportation,” he said. “Her boyfriend had committed suicide in front of her. And I was reminded of a Leonard Cohen song that says, ‘There is a crack in everything; that’s how the light gets in.’”

Barr sees such cracks as channels through which “God is flowing,” and carries that message in both his work and adjunct teaching at Neumann University, from which he also received a 2014 certification in spiritual direction.

“The spirit of St. Francis and St. Clare is honoring and seeing everything as sacred,” said Barr. “And in your vulnerability, there’s strength.”

NEXT: Family’s faith was bedrock on winding path to priesthood