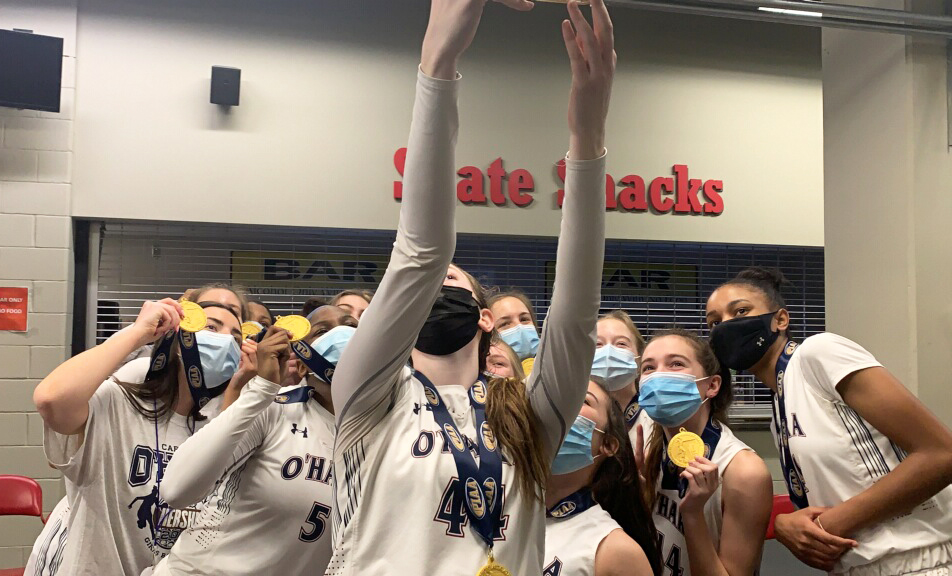 Lessons remembered most usually involve a measure of disappointment.

For Cardinal O’Hara’s girls’ basketball team, no disappointment was greater than losing to Archbishop Wood in this year’s Catholic League championship played at Archbishop Carroll.

While the winners literally fell on the floor in celebration, the Lady Lions quietly collected their belongings and headed for the exit.

“It stunk,” said O’Hara junior Annie Welde. “We were all hurting pretty bad.”

Providing some much-needed space, O’Hara coach Chrissie Doogan recognized that each individual player would emote in whatever way she deemed best.

“Chrissie was smart,” said Welde. “She gave us 24 hours, and then we set another goal.”

Less than two weeks later in the PIAA Class 5A championship March 27 at the Giant Center in Hershey, Pa., the Lady Lions were the ones doing the celebrating.

Since Archbishop Wood (4A) and West Catholic (3A) had already reached the apex, O’Hara’s victory allowed the Philadelphia Catholic League the distinction of becoming the first league to win three state girls’ titles in the same year.

The only boys’ league to achieve such glory? The 2015 PCL trio of Roman Catholic, Neumann-Goretti and Conwell-Egan.

“The competition in the Catholic League is amazing,” said Boylan. “Playing against Wood, West Catholic, Neumann-Goretti and Archbishop Carroll … all of those teams are great competition, and they really helped us work to get better and to get to where we are now.”

In addition to crediting Coach Doogan for how she handled the championship loss, Welde also credited the PCL for “always making every game one that you have to work hard to win.”

Welde, however, has understood the merits of the Catholic League ever since she could recall while growing up in Havertown’s Annunciation B.V.M. Parish. 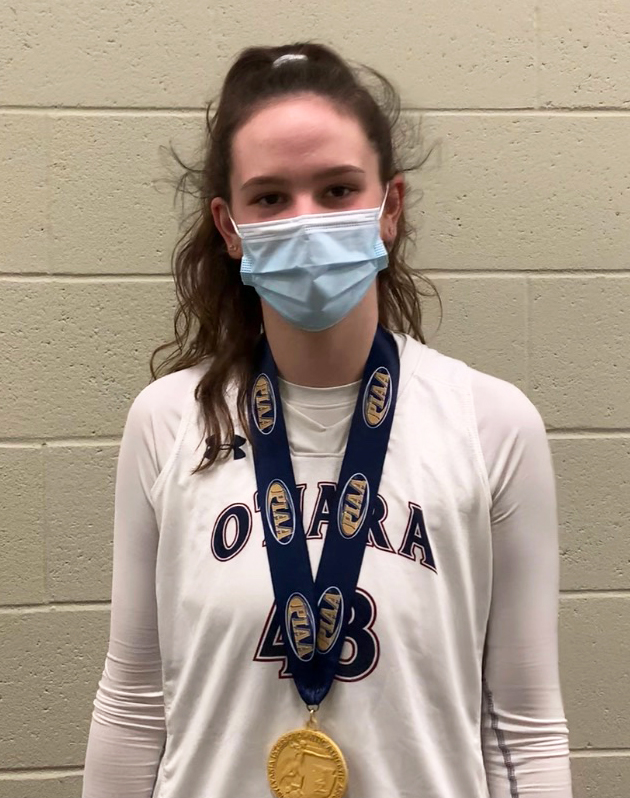 The daughter of PCL players Jim Welde (Msgr. Bonner Class of 1984) and Meg Hagan Welde (Cardinal O’Hara Class of 1986), both of whom played at Cabrini College, most of Welde’s aunts and uncles attended either Msgr. Bonner, Archbishop Prendergast or O’Hara. Her father was a member of the 1983 Bonner championship team and later coached at his alma mater from 1997 to 2005.

Welde’s brother James is a current senior and All-Catholic football player at Bonner-Prendergast. Sister Erin was a 2019 graduate of Cardinal O’Hara and won two PCL titles with the Lady Lions. Youngest sibling John is a seventh grader at Cardinal John Foley Regional Catholic School in Havertown.

One of Welde’s maternal uncles, Augustinian Father Rob Hagan, is the senior associate athletic director at Villanova as well as the chaplain for the men’s basketball and football teams. He graduated from Cardinal O’Hara in 1983.

The Welde family recently lost their matriarch, Marilyn Hagan, who lived with Annie Welde’s family for 24 years. At St. Dorothy Church in Drexel Hill, Father Hagan delivered a powerful eulogy about his mom, citing her as a “prayer warrior,” to which the numerous Augustinians in attendance acknowledged with smiles and gentle laughter.

“My uncle was saying how my grandmother living with us offered a great gift,” said Welde. “He said he was able to watch each of us grow up.”

During the viewing, Cardinal O’Hara’s basketball team attended while donning their uniform tops.

“It definitely meant a lot to see them walk in all together,” said Welde. “My mom had mentioned that she had said to Chrissie, ‘Thank you so much for getting them together,’ and Chrissie had said that it was really all their idea, that they wanted to come.

“And I think that shows a lot about how close we are even outside of basketball. We care so much about each other no matter what.”

Aforementioned teammate Maggie Doogan, who is fast becoming one of the area’s top forwards, cited Welde as a main cog for this past season and the promise of a potentially special following season.

“Annie is one of the pieces that holds our whole team together,” she said. “She always puts the team first and does everything the coaches ask of her. Her defense is such a huge part of her game and a big reason why we were successful this year.

“She works extremely hard at practice and gives 100 percent in everything she does. Not only is Annie a great player, but she’s an even better person, and we’re so lucky to have her as a part of our team.” 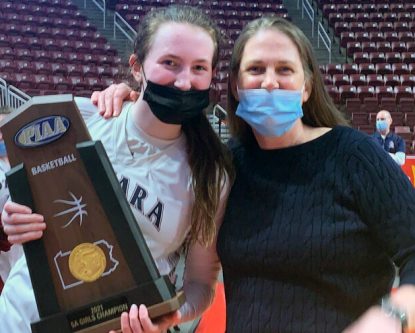 Coach Doogan agrees with her daughter that Welde’s contribution proved pivotal to the Lady Lions’ ability to win 12 of their final 13 games.

“She’s the most unselfish kid on the team,” she said. “We talked early in the season about her role on the team and she said, ‘Whatever you need me to do.’ She is very fundamental, so she is tough to take off the court.

“She does all the little things – rebound, defend, pass – and she has a very high IQ. I know Maggie loves playing with her, but I would say all her teammates would say they are happy she is on the court with them.”

“Sometimes that’s all you need to do – rebound. If you can rebound, you’re going to get a shot. A coach is going to give you a chance.”

Not surprisingly, Welde developed much of her craft over the years by facing her older siblings on the basketball half court in their yard.

“There were definitely times when things ended with some tears,” said Welde with a chuckle. “Time to head into the house. ‘I quit. That wasn’t fair. I’m done.’”

“What else?” said Welde. “You just get back out there and do it again.”

Yet another great life lesson.

NEXT: Happy to be playing lacrosse at all, Devon Prep ecstatic with 18-3 win