Franciscan’s small Ramadan gifts proclaim ‘we are all brothers’ 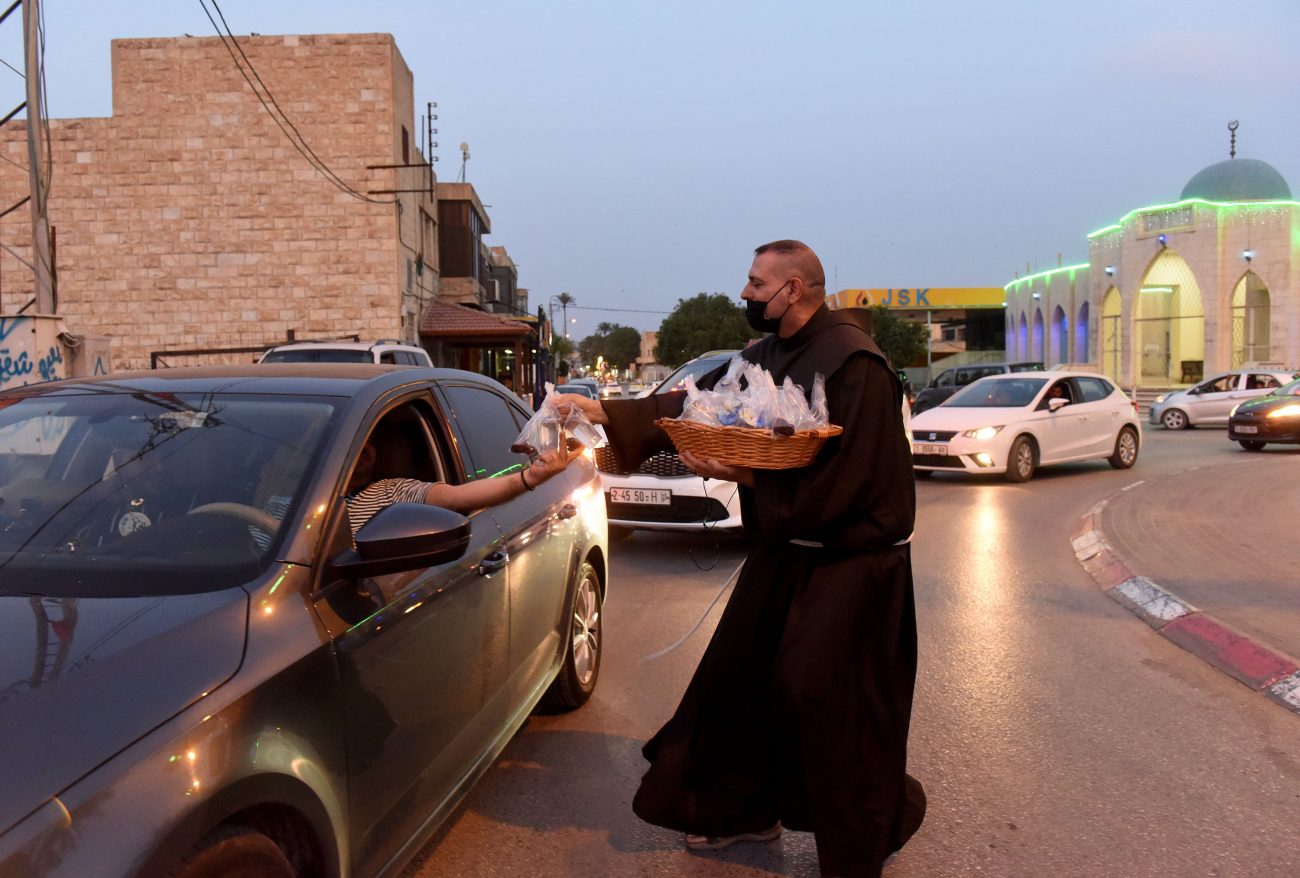 Franciscan Father Mario Hadchiti of the Church of the Good Shepherd in Jericho, West Bank, hands out water and dates to Muslims at the end of the daily fast April 24, 2021, during the holy month of Ramadan. (CNS photo/Debbie Hill)

JERUSALEM (CNS) — As his Muslim neighbors and fellow Jericho residents make their way home for the iftar, which breaks the daily fast throughout the Muslim holy month of Ramadan, Franciscan Father Mario Hadchiti hands out small bags of dates and water to passersby in front of the Franciscan Good Shepherd Church.

It is a tradition the parish priest, originally from Lebanon, began when he arrived in Jericho nine years ago.

“Ramadan is a holy month for Muslims and an expression of love,” Father Hadchiti said April 24. “As a Franciscan I should love all people, all nature, everybody. Pope Francis has written the encyclical ‘Fratelli Tutti,’ which sees the world as a home for everyone, and this is a way of saying we are all brothers.” 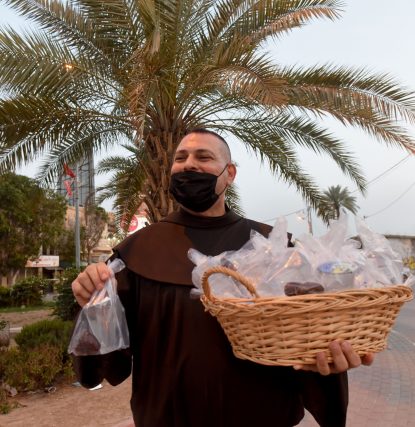 Franciscan Father Mario Hadchiti of the Church of the Good Shepherd in Jericho, West Bank, hands out water and dates to Muslims at the end of the daily fast April 24, 2021, during the holy month of Ramadan. (CNS photo/Debbie Hill)

The act of giving out the dates and water is important, noted the priest, because after a full day of fasting, it helps the body prepare for the holiday evening meal.

“It is healthier for the body to drink a bit of water and eat a date first,” he said. “I feel a great inner joy because there is more joy in giving than receiving. When one gives to someone else, he is performing an act of charity, an act of love, and you always feel connected to God, because God has always given everything to us.”

Across the street from the church, festive green neon lights decorate the city’s main mosque.

People are very happy with his gesture and respect and appreciate it, he said. A day earlier, on April 23, Father Hadchiti was a guest at the iftar hosted by Sheikh Harb, Jericho’s imam.

“For me this (distribution of dates and water) is a gesture of love. I am convinced that unity, that community, that people come (together) not only from words, but doing something for unity, by action,” said Father Hadchiti. 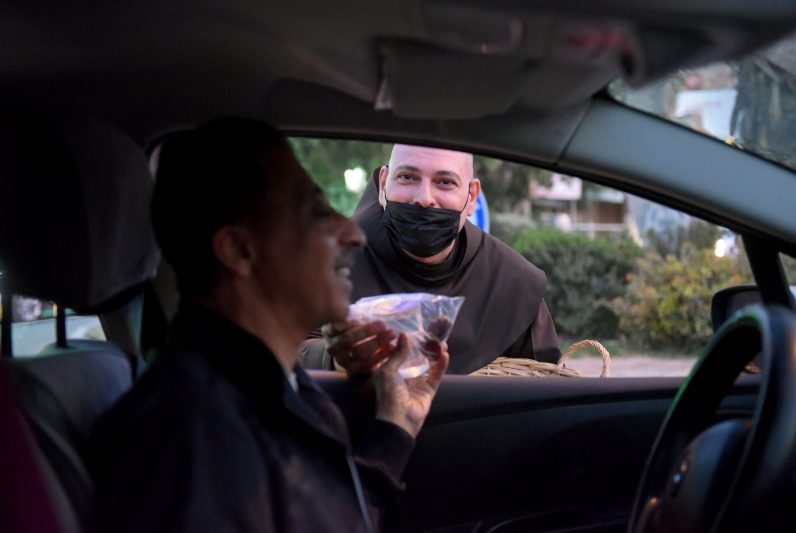 Franciscan Father Mario Hadchiti of the Church of the Good Shepherd in Jericho, West Bank, hands out water and dates to a Muslim man at the end of the daily fast April 24, 2021, during the holy month of Ramadan. (CNS photo/Debbie Hill)

PREVIOUS: Nuncio tells besieged Mexican town: The church is with you

NEXT: Priests arrested after bishop-designate shot in South Sudan