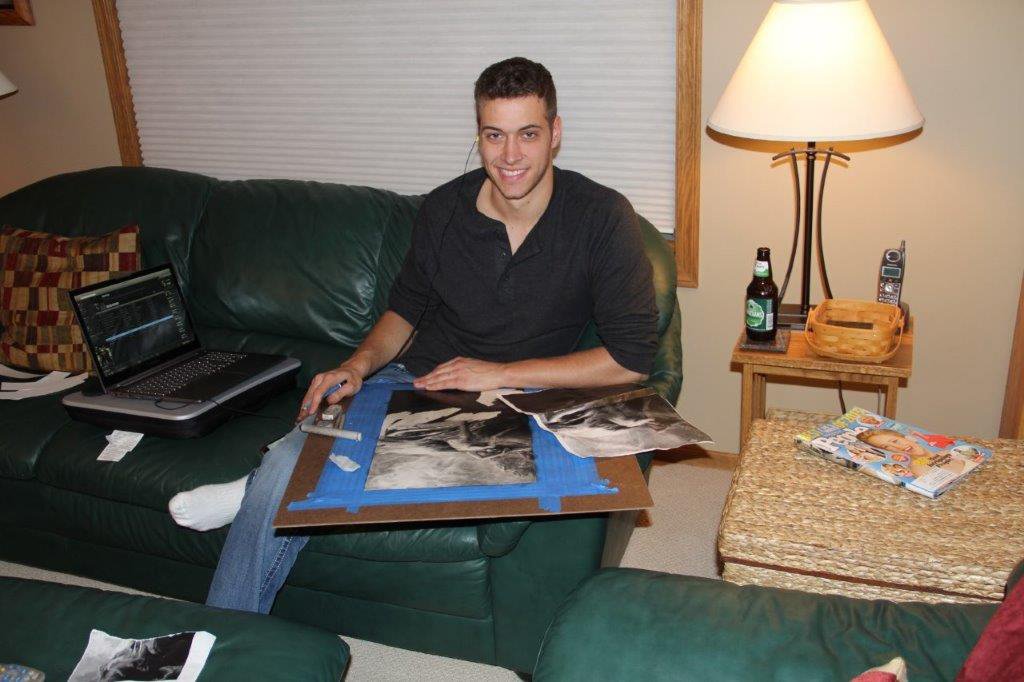 Jackson Roeder works on some of his art in this undated photo. (CNS photo/Courtesy Roeder family, via The Central Minnesota Catholic)

ST. CLOUD, Minn. (CNS) — Their eyes light up with love when Scott and Reyne Roeder talk about their son, Jackson. But behind the glow is the heartbreaking truth that he is gone — and much too soon.

Jackson’s parents remember him as a fun-loving little boy. Like many kids, he enjoyed playing with Legos, K’nex and anything from the movie “Star Wars.” He later played the saxophone and electric guitar and enjoyed adventure, running marathons and participating in MS TRAM, a cycling event to raise money to end multiple sclerosis.

A gifted artist, Jackson also enjoyed painting and being creative. After high school, he pursued his passion at North Dakota State University, working toward a master’s degree in architecture.

In kindergarten, he missed being diagnosed for attention deficit/hyperactivity disorder, Scott said. In sixth grade, his teachers saw dark thoughts in class papers and notified the Roeders.

“We worked with Jackson throughout his lifetime with educators, counselors and psychologists to get him the care he needed,” Scott said.

But, like many stories the Roeders have heard, there were gaps in his treatment. In 2017, at 25, Jackson died by suicide at his Fargo, North Dakota, apartment.

The news was devastating for the Roeders, who were traveling home from a business trip in New Zealand when they got the call from their daughter, Cassie. Family surrounded them when they returned. At their church, St. Paul Parish in St. Cloud, Father LeRoy Scheierl and the liturgist, Laurie Kremer, met with them and offered support. 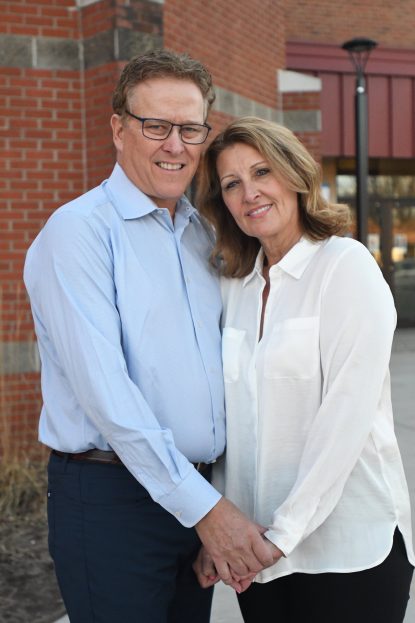 Scott and Reyne Roeder of St. Cloud, Minn., are are seen in this April 2, 2021, photo. They are working to eliminate the stigma of suicide and mental health. (CNS photo/Dianne Towalski, The Central Minnesota Catholic)

Planning for the funeral was a blur. “Then everybody left,” Reyne told the Central Minnesota Catholic, magazine of the Diocese of St. Cloud.

At Mass the Saturday after Jackson’s funeral, the Roeders took their usual seat.

“I looked to the right and saw two women, who I knew had both experienced loss, one lost her husband and one lost her daughter. Every time I had seen them prior to Jackson passing away, I just knew they were heartbroken. Now I know when people look at us, they see our broken hearts,” Scott said.

Soon after Jackson’s death, parishioners invited the couple to join a Lenten Bible study group. It was a difficult but critical step for them.

“In the study group, you realize that when it comes to loss, what do you have left but the hope of eternal life? That’s the only thing that kept me going,” Reyne said.

The couple also joined support groups and watched how some people had fallen away from the church, and even God, because of things that were said or not said at the time of their loved ones’ deaths.

“We’ve heard people say that no one from the parish called them, no one reached out at all. And we’ve heard that things were handled poorly, too. We were blessed that Father LeRoy and Laurie were very caring, as well as other members of our parish community,” Scott said.

Father Scheierl said that in regard to the stigma of mental health and suicide, compassion is key on all levels.

“This includes compassion for those affected by mental health issues, compassion for family and friends and all those who are involved with a person affected with this struggle, and most of all compassion toward the person who makes that tragic decision to take their own life,” he said.

“When these things occur, it is a very sad moment indeed, a shock to everyone. It is also a difficult situation for priests who are often at a loss for comforting words for all those involved.”

The Roeders decided they wanted to speak out for others whose experiences were not nearly as supportive. Scott said that society, in general, is not very compassionate to people who have mental health conditions.

“As a society, we shame people. We have to be more accepting and talk more openly about it,” he said.

“Even the wording that we use when people say, ‘he committed suicide,’ puts it into a negative light. It sounds like he committed a crime. No, he died by suicide while dealing with mental health issues,” Reyne added.

To combat the stigma around mental health and suicide, the Roeders established the Jackson Roeder Memorial Fund through the CentraCare Foundation. They also met with Dr. John Schmitz, who shared work being done to close gaps in mental health care. 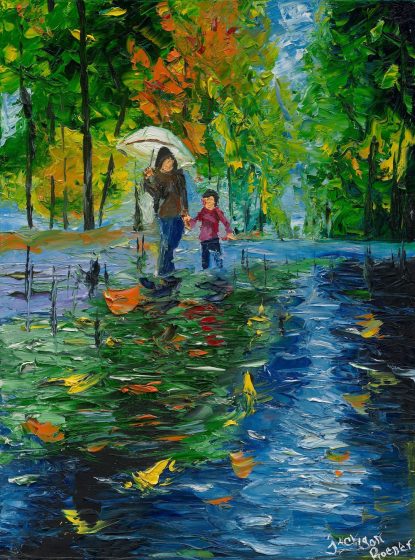 This is a painting by Jackson Roeder. (CNS photo/Courtesy Roeder family, via The Central Minnesota Catholic)

Before he died, Jackson started a website showcasing his artwork and drawings. The Roeders have since developed the site, www.jacksonroeder.com, to raise awareness about and funds for mental health care and suicide prevention.

“Grief is extremely difficult,” Scott said. “You do not get over it, you are changed forever. But you can move forward. Jackson is with us every day. People may think it might be best to hold back to talk to us about Jackson because it may make us sad or something.

“Well, we are already thinking about him. Jackson is on our minds every day and we like and find comfort in talking about him. We love him and, yes, we do dearly miss him. He will always be a part of us.”

Anderson is associate editor for The Central Minnesota Catholic, magazine of the Diocese of St. Cloud.

NEXT: Catholics join scientists in asking Biden to end threat of nuclear weapons