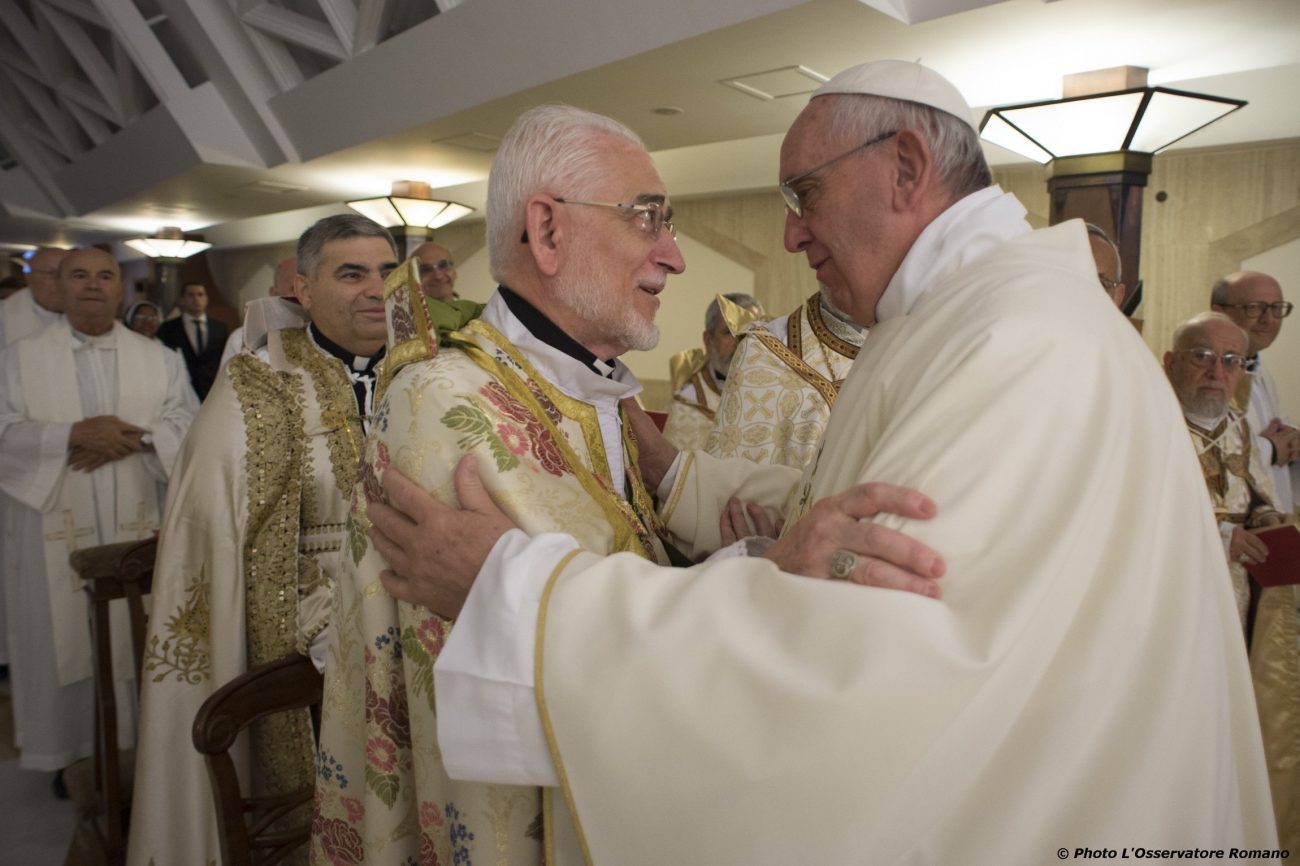 Patriarch Gregoire Pierre XX Ghabroyan of Beirut, leader of the Armenian Catholic Church, embraces Pope Francis at the start of a morning Mass in the chapel of the Domus Sanctae Marthae at the Vatican Sept. 7, 2015. Patriarch Ghabroyan died May 25, 2021, at the age of 86. (CNS photo/L'Osservatore Romano)

“He was always close to the people, visiting the sick and the destitute, providing the necessary and needed support to them,” Ohanian told Catholic News Service. “It is a great loss to our community.”

The Middle East Council of Churches said Patriarch Gabroyan was “a most prominent supporter of the ecumenical movement and the MECC.”

A funeral Mass will be May 29 at the Cathedral of St. Elias and St. Gregory the Illuminator in Beirut.

He received his early education in Lebanon, including at the Bzommar Monastery School. He continued his higher studies at the Pontifical Armenian College in Rome and graduate studies in philosophy and theology at the Pontifical Gregorian University.

Patriarch Gabroyan served as principal of the Armenian Catholic Mesrobian School in Bourj Hammoud, Beirut’s main Armenian district, from 1960 to 1969. He was rector of the minor seminary of Bzommar from 1969 to 1976.

He retired Feb. 2, 2013, but that retirement was interrupted two years later when, at age 80, he was elected as the 20th patriarch after the death Patriarch Nerses Bedros XIX Tarmouni.