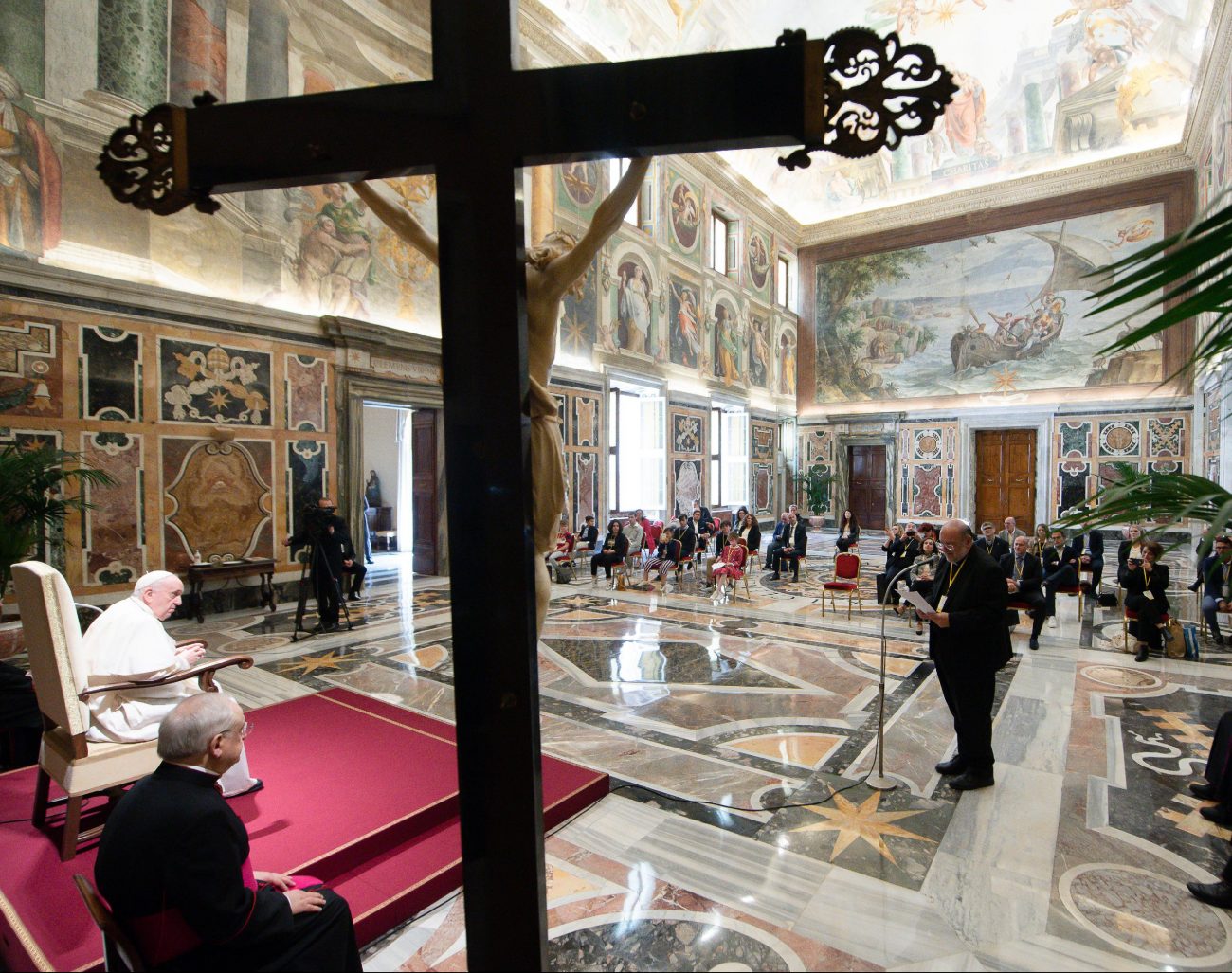 Pope Francis listens as Father Fortunato Di Noto, founder of the Italian association, Meter, speaks during an audience with members of the association at the Vatican May 15, 2021. The association works to fight "every form of abuse against minors." (CNS photo/Vatican Media) 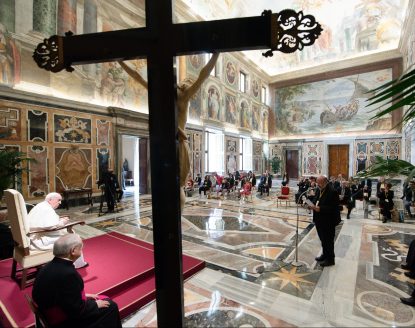 Pope Francis listens as Father Fortunato Di Noto, founder of the Italian association, Meter, speaks during an audience with members of the association at the Vatican May 15, 2021. The association works to fight “every form of abuse against minors.” (CNS photo/Vatican Media)

VATICAN CITY (CNS) — Abuse against a minor is a kind of “psychological murder” that can destroy the victim’s childhood, Pope Francis told an Italian association active in the fight against child abuse and online child pornography.

“Therefore, protecting children against sexual exploitation is a duty of every nation, (which is) called to identify both traffickers and abusers,” he said during an audience May 15 at the Vatican with members of the association, Meter.

The association was founded in 1989 by Father Fortunato Di Noto, an Italian priest who has been leading the fight in Italy to protect children from online predators around the world. It works with law enforcement, government agencies and schools in fighting the crime of child sex abuse and other forms of online abuse, in prevention and offering safety and help for victims.

The pope praised its work, especially in trying to protect children from danger online.

“It is a scourge that, on the one hand, must be confronted with renewed determination by public institutions, authorities and others and, on the other hand, it requires raising even more awareness in families and different educational agencies,” he said.

“We have to fight against this old habit of covering it up,” he said.

“Abuse against minors is a kind of ‘psychological murder’ and in many cases an obliteration of childhood,” he said, calling on everyone to do their part to safeguard children.

Prevention and reporting must happen in all facets of society, including in schools, the world of sports, cultural and recreational outlets, religious communities and by individuals.

The pope encouraged the association, its members and volunteers to “not be afraid” and to “keep going with courage and perseverance.”

PREVIOUS: Riding the green wave: Momentum for Laudato Si’ rises for next decade