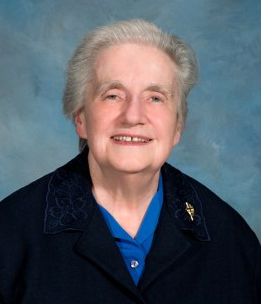 The daughter of the late Thomas and Josephine King, she attended Most Blessed Sacrament Grade School in Philadelphia and West Catholic High School.

In September 1951 she entered the Sisters of St. Joseph, Chestnut Hill, and professed her final vows in 1959.

Sister Rita ministered in the archdioceses of Newark and Philadelphia.

She is survived by cousins Patricia Bryner, Joan McIlheny, Susan Willoughby, Nancy McIntire and members of her congregation, the Sisters of St. Joseph.