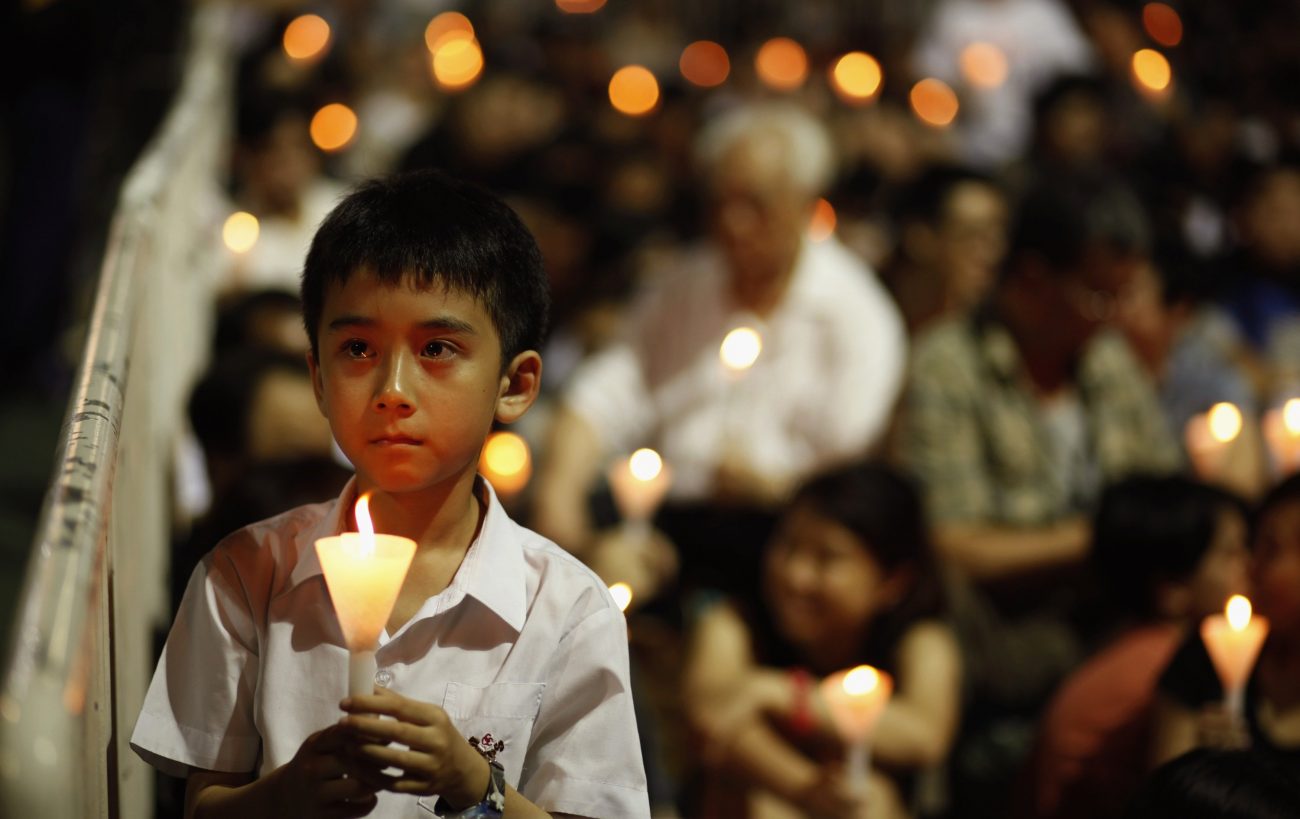 A boy takes part in a candlelight vigil at Victoria Park in Hong Kong June 4, 2013, to mark the anniversary of the crackdown on the pro-democracy movement in Beijing's Tiananmen Square in 1989. This year's vigil has been canceled by Hong Kong police, but seven Catholic churches scheduled Masses for June 4, 2021, at the time the vigils would normally occur. (CNS photo/Bobby Yip, Reuters)

HONG KONG (CNS) — The protesters killed in Tiananmen Square in mainland China on June 4, 1989, used to be remembered in Hong Kong with an annual candlelight vigil in the city’s expansive Victoria Park, attended by crowds as big as 130,000, all holding flickering candles.

Now the lawful gatherings seem to be limited to seven Catholic churches.

The reason for the dramatic downsizing? Politics and the pandemic.

Police said they had to cancel the event this year and last year because of social distancing rules put in place to control the spread of COVID-19.

This year’s event is the first one banned since the Chinese government in Beijing imposed a national security law on Hong Kong last June. The controversial legislation prohibits acts of secession, subversion, terrorism and collusion with foreign forces.

Last year, despite a ban, thousands went to Victoria Park. Eventually, 26 people were charged with offenses including taking part in an unauthorized assembly and incitement.

The law that critics say is overly broad and vaguely worded has many Hong Kong residents wondering whether the memorial in Victoria Park is over for good.

But other laws allow Hong Kongers, albeit fewer of them, to officially gather and solemnly remember those students who were shot to death by soldiers in a public square.

“We believe that celebrating a Catholic Mass is a religious activity protected by our basic law,” said Porson Chan, a project officer for the Justice and Peace Commission of the Hong Kong Catholic Diocese, referring to the set of laws informally known as the “mini-Constitution” under which the city is run. 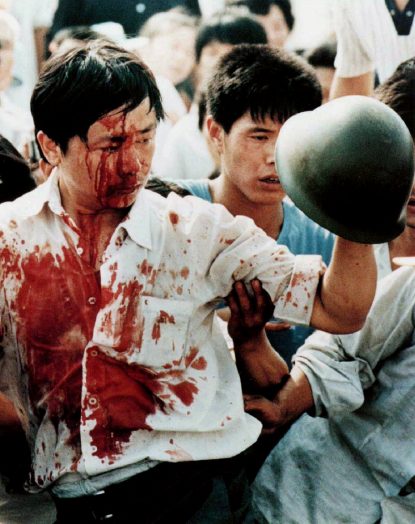 A blood-covered protestor holds a Chinese soldier’s helmet following violent clashes with military forces during the June 4, 1989, pro-democracy demonstrations in Beijing’s Tiananmen Square. Masses at seven Catholic churches in Hong Kong on June 4, 2021, will mark the anniversary of the protest. (CNS photo/Reuters)

Chan said seven Catholic churches across Hong Kong will hold a memorial Mass on June 4 at 8 p.m., when the commemoration in Victoria Park was held every year since 1990, as part of the normal functions of a church allowed by law.

“Under the current situation, we have to adhere to relevant policy, which includes current hygiene guidelines, so as long as we keep the church at 30% capacity, the Mass should be legal,” Chan said.

Because of social distancing guidelines, Chan said the seven churches could accommodate about 2,500 people, far fewer than the crowds who used to gather in Victoria Park every year that were the only legal commemorations of the tragedy held on Chinese soil.

A 21-year-old Hong Kong resident who requested anonymity said she would honor the Tiananmen students at home with a few friends.

“(Going to Victoria Park) is still too risky,” she said.

Chan noted the opportunities to gather publicly in Hong Kong were decreasing.

“In our current situation, I think churches may be the only legal space to have such (events),” he said.

PREVIOUS: With world still in knots, pope turns to Mary with prayers