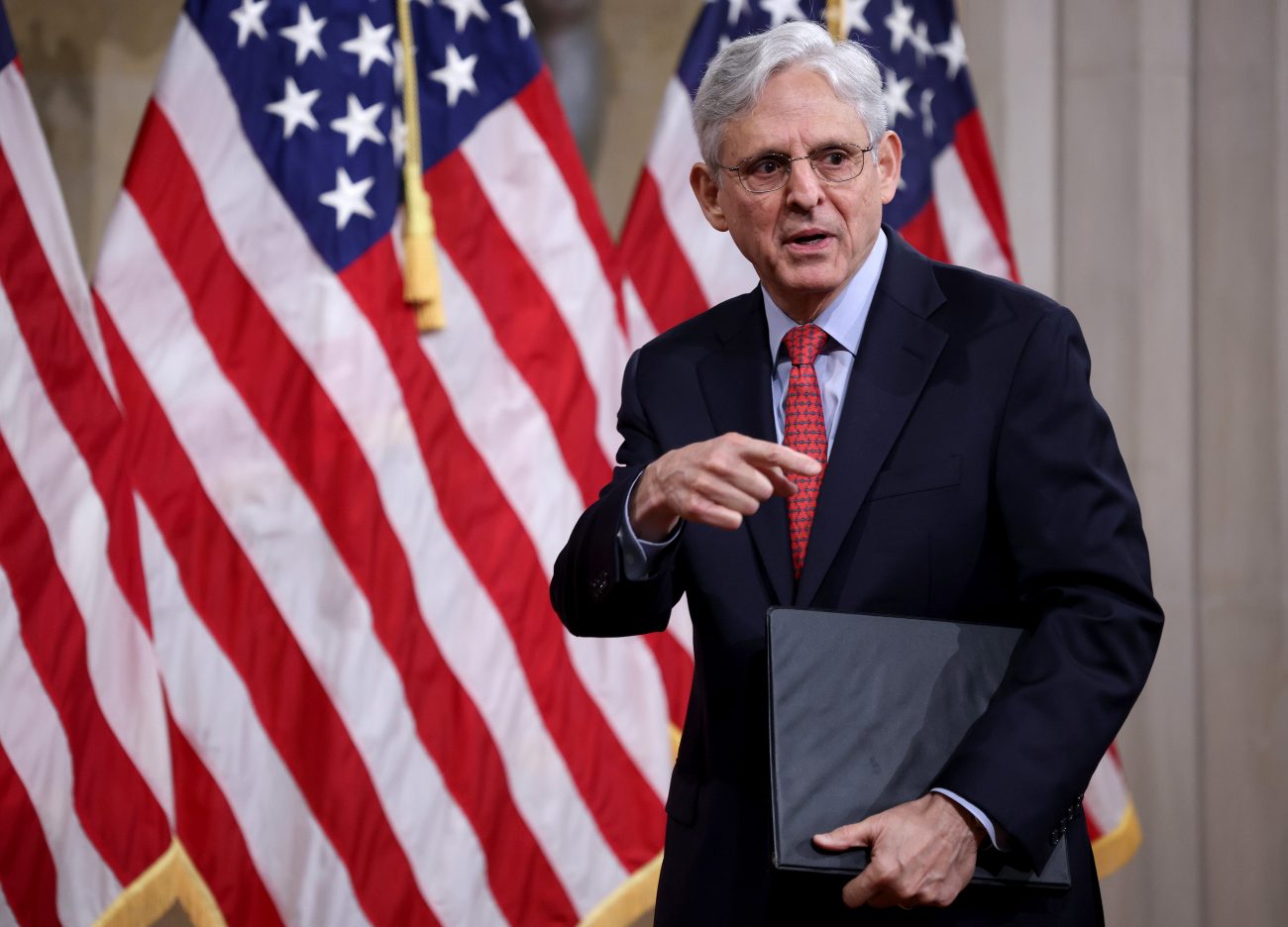 WASHINGTON (CNS) — Activists who oppose the death penalty said the Justice Department’s temporary stop of federal executions is a step in the right direction, but not enough.

The order, given by Attorney General Merrick Garland in a memo to senior officials and announced publicly the night of July 1, reverses the Trump administration’s decision to resume executions of federal death-row inmates after a 17-year hiatus. In a six-month period from last summer to this January, 13 federal executions took place.

“While a moratorium on federal executions has symbolic value, we’ve seen the danger of half-measures that do not fully address the fundamental brokenness of our death penalty system. More is required” tweeted Sister Helen Prejean, a Sister of St. Joseph of Medaille, who is a longtime death penalty opponent.

Similarly, Krisanne Vaillancourt Murphy, executive director of Catholic Mobilizing Network, the national Catholic organization working to end the death penalty, tweeted that the decision was “a step in the right direction” but was not enough, saying the “immoral, arbitrary and beyond repair” use of the death penalty should be dismantled.

In a July 1 statement, she urged President Joe Biden to commute the sentences of those who remain on federal death row.

“We know the federal death penalty system is marred by racial bias, arbitrariness, overreaching and grievous mistakes by defense lawyers and prosecutors that make it broken beyond repair,” she said.

She warned that if these problems aren’t significantly addressed, the “moratorium will just leave these intractable issues unremedied and pave the way for another unconscionable bloodbath like we saw last year.”

In announcing the temporary moratorium, Garland said: “The Department of Justice must ensure that everyone in the federal criminal justice system is not only afforded the rights guaranteed by the Constitution and laws of the United States, but is also treated fairly and humanely.” This responsibility, he added, “has special force in capital cases.”

Garland said the department would review the protocols for federal executions put in place by former Attorney General William Barr. A federal lawsuit has been filed over the protocols highlighting the pain and suffering associated with the use of pentobarbital, the drug used in the lethal injections.

When Barr announced the reinstatement of the federal death penalty in 2019, the U.S. bishops spoke out against it, and as the 13 executions were carried out, they urged the attorney general and President Donald Trump to end this practice.

Garland’s decision, described as a “mini-moratorium” by Robert Dunham, executive director of the Death Penalty Information Center, doesn’t end the federal death penalty and allows the possibility that a future administration could restart executions. It also doesn’t stop federal prosecutors from seeking the death penalty.

Rep. Ayanna Pressley, D-Mass., sponsor of the Federal Death Penalty Prohibition Act of 2021, said Garland’s move was a “welcome and long overdue action,” and she looked forward to working with the Biden administration to build on it.

“We’re not backing down in this fight,” she said in a July 1 statement, urging Biden to commute the sentences of those on death row and to ensure a fair resentencing process. She also called on Congress to pass the bill to end the federal death penalty and “prevent its reinstatement by future administrations.”

For months, the Catholic Mobilizing Network has been calling on Biden to end the federal death penalty with an online petition that now has more than 10,000 signatures.

Editorials this spring in The New York Times and the Chicago Sun-Times have similarly called on the president to stop the federal executions and commute the sentences of federal death-row inmates.

An opinion piece June 30 in The Washington Post echoed this message. It urged Biden to “keep his campaign pledge and end the federal death penalty now by commuting all federal capital sentences, directing the Justice Department to no longer seek these sentences and dismantling the government’s machinery of death.”

“This is a necessary step on the road to addressing systemic racism,” it said.

In a July 2 statement, Vaillancourt Murphy likewise put the issue to the president. She said Garland’s action was merely a stopgap when Biden had “promised a permanent road closure on the federal death penalty.”

She said the current halt on federal executions “only prolongs the traumatic limbo that victims’ families, prisoners’ families and death-row prisoners endure in our broken capital punishment system.”

She also urged Biden to “commute the sentences of those on the federal death row to break these cycles of trauma and open up the possibility for healing.”