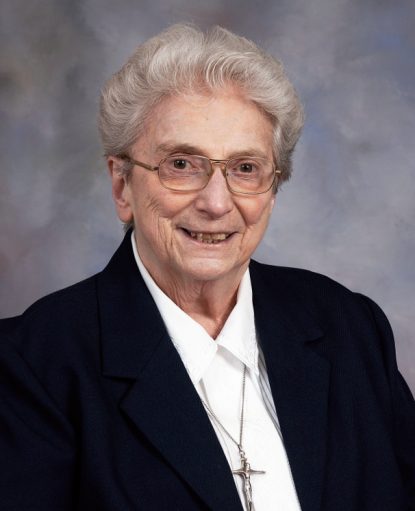 Sister M. Joseph Maureen Curran, I.H.M., died June 22 in Camilla Hall, Immaculata at age 91. She was in her 72nd year of religious life.

The former Dorothy Mary Curran was born in Cliffside, New Jersey, daughter of Charles and Dorothy (Mazzoni) who later moved to Most Blessed Sacrament Parish in Philadelphia.

After attending the parish school and graduating from West Catholic High School for Girls in 1947, she entered the Sisters, Servants of the Immaculate Heart of Mary in 1949 and took the Sister Joseph Maureen.

She pronounced her first vows in 1951, and later in the community she earned degrees from Immaculata College and Millersville State University.

From 1987 to 2002 Sister Joseph Maureen taught Spanish at Notre Dame High School in Easton where she worked with now Bishop Alfred A. Schlert of the Diocese of Allentown.

From 2004 to 2007 Sister Joseph Maureen taught in the Literacy Program at St. John Bosco School in Hatboro. She ministered in the Apostolate of Prayer at Camilla Hall from 2007 until her death.

She is predeceased by her parents and her brothers-in-law Paul and John. She is survived by her sisters Marilyn Dressel (Paul), Patricia McNamara (John) and her nieces, nephews, grandnieces, and grandnephews.