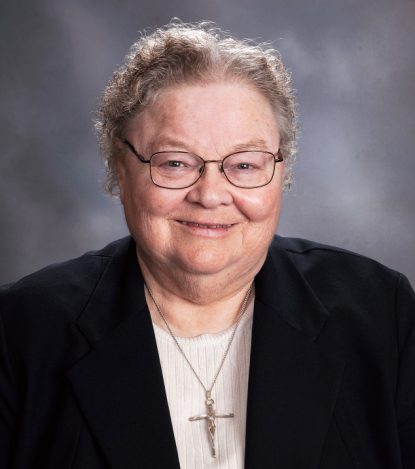 Sister M. Barbara Ann Colligon, I.H.M., died June 13 in Camilla Hall, Immaculata. She was 83, and in the 64th year of her religious life.

She entered the Sisters, Servants of the Immaculate Heart of Mary in 1957 and received her habit and her religious name, Sister M. Catherine William, in 1958. In 1960 she professed her first vows in the order.

She also served as superior and eighth grade teacher in St. Clement, Philadelphia and Queen of Heaven, Cherry Hill, N.J., as well as a 12 year stint teaching students in the honors math program at St. Michael in Annandale, Va.

From 2009 to 2012, Sister Barbara worked as an office assistant at St. Cyril School in East Lansdowne, then tutored students at St. Matthew School in Forestville, Connecticut until 2016. Later that year she entered Camilla Hall and served in the Apostolate of Prayer until her death.

Sister Barbara is predeceased by her parents William and Catherine Colligon and her brother Tom and his wife Dolores. She is survived by her brother Bill, his wife Marianne and many nieces, nephews, grandnieces and grandnephews.