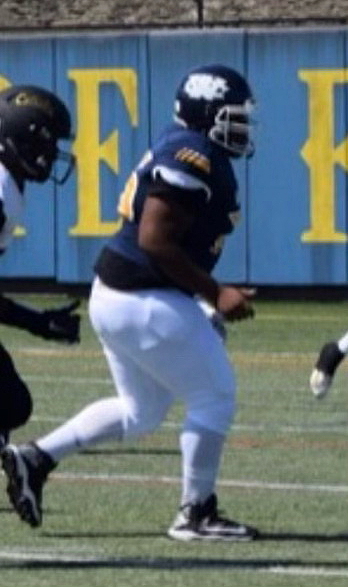 The West Catholic High School community is in mourning following the sudden passing of student Ivan Hicks, a junior football player who died Tuesday night, July 13, hours after collapsing before a scrimmage at Coatesville High School.

According to Coatesville School District officials, Hicks received CPR from two people with medical training before an ambulance arrived and took him to Brandywine Hospital, where he was pronounced dead.

The Chester County coroner’s office said an autopsy would be performed today to determine an official cause of death.

“There was no sign of external injury in this tragic, unexpected death,” said Chester County coroner Dr. Christina Vandepol in a statement. “We will be looking closely at possible cardiac causes, given what is known about sudden death in young athletes, but it’s too early to draw any conclusions.”

Senior Rahmeer Swint, West Catholic’s starting center, described the experience as one he will never forget.

“We were doing 7-on-7 drills, and the linemen were about to do one-on-ones with the fellow Coatesville linemen,” said Swint. “So it was hot and we went onto a water break. Ivan started laying down. I thought he was just tired, so I went back to do the drills.

“A couple of minutes later, I saw the ambulance coming and all the coaches running to Ivan.”

When Hicks was a freshman, several upperclassmen said they could tell that he had enormous potential as a lineman. Listed on West Catholic’s pre-season roster as 6-foot-4, 300 pounds, Hicks was expected to start at offensive tackle this fall.

Zaire Hart-Hawkins, a 2020 graduate who plays quarterback at Slippery Rock University, was a senior when he first encountered Hicks, then a freshman.

“We only had a year together,” said Hart-Hawkins, “but in that one year he showed a lot of potential and talent. It’s always sad when it comes to death, but it hurts more when it’s someone you call ‘brother.’”

“I played with Ivan my senior year and he was a freshman ‘big-kid-man,’” said Rivera, now a defensive lineman at Shippensburg University. “He had a lot of potential. The sky was the limit for him. He was a 6-5 lineman that was physical. We called him ‘Big IV” for a reason.

“It’s gonna have a huge effect on those players. I wouldn’t be surprised if you see the number 75 on the back of everybody’s helmet to represent him.”

Rivera said he has already heard scuttlebutt about how the West Catholic and Coatesville players should not have been playing in summer temperatures that hovered between 80 and 90 degrees this week.

He insists that should not be an issue.

“Football players train all year round to be ready for all types of weather they may face,” said Rivera. “They were getting ready for the season and doing drills and getting good exposure to new players to better see progression in their craft. Basically all schools run some kind of a scrimmage.”

Rivera said these are the types of tragedies that bring students back to what they learned throughout their Catholic education.

“Not every day is guaranteed,” said Rivera. “We should cherish the days that we are here with an open heart.”