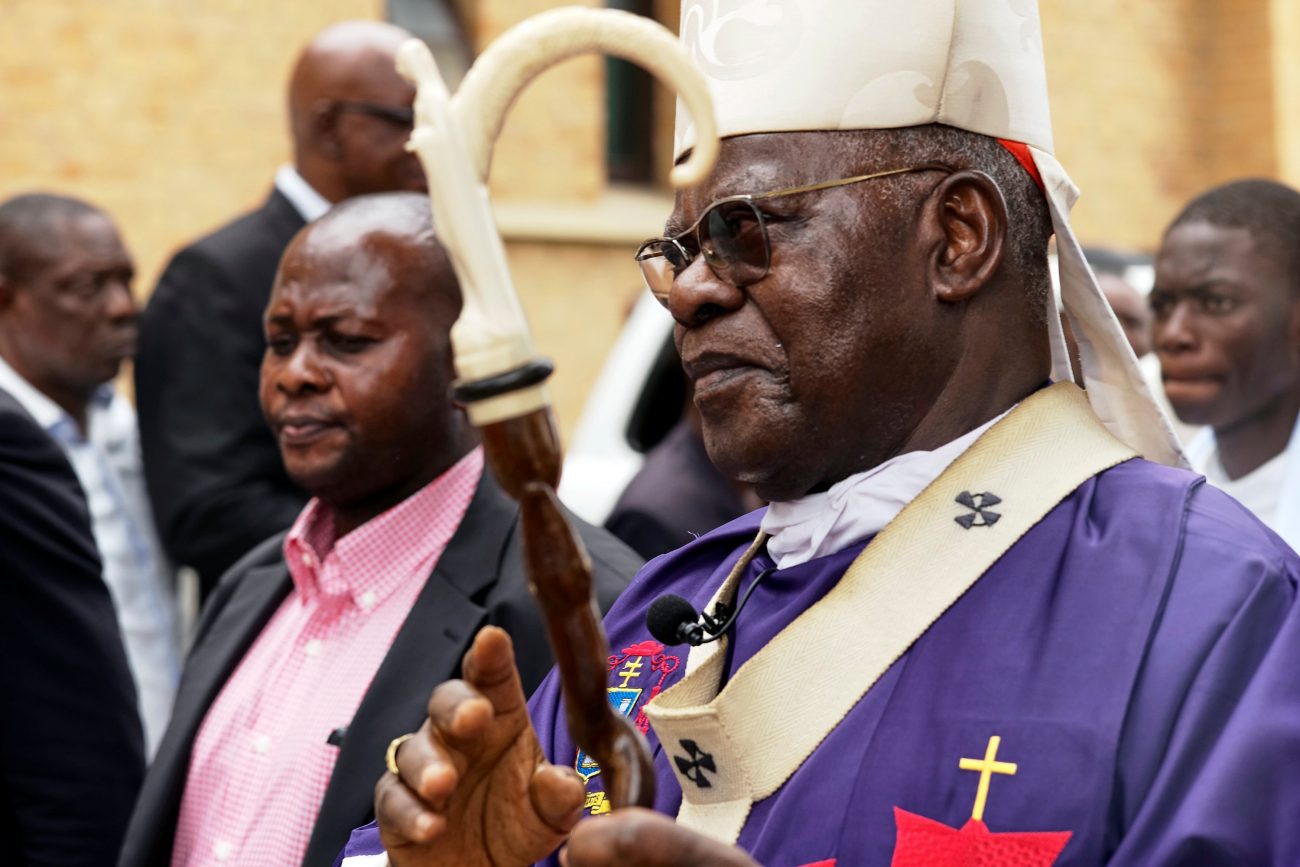 Congolese Cardinal Laurent Monsengwo Pasinya, retired archbishop of Kinshasa, died July 11, 2021, at the age of 81. He is pictured in a Feb. 9, 2018, photo. (CNS photo/Robert Carrubba, Reuters)

VATICAN CITY (CNS) — Congolese Cardinal Laurent Monsengwo Pasinya, retired archbishop of Kinshasa, a biblical scholar and an activist for justice and peace, died July 11 near Paris where he had been rushed five days earlier for medical care.

The cardinal, one of the original members of Pope Francis’ international Council of Cardinals, was 81.

With the Vatican’s blessing, in the 1990s as Zaire was transitioning to becoming the Democratic Republic of Congo, he took an active role in mediating his country’s political crisis and trying to guide the nation to a new democratic constitution.

The cardinal also had served as president of the Congolese bishops’ conference and as co-president of Pax Christi International, the Catholic peace organization.

Born in Mongobele, he attended the minor seminary of the Inongo Diocese before entering the major seminary at Kabwe. Sent to Rome in 1960, he studied theology at the Pontifical Urban University and was ordained in Rome Dec. 21, 1963. From 1964 to 1970, he studied at Rome’s Pontifical Biblical Institute, earning a doctorate in biblical sciences.

His death leaves the College of Cardinals with 221 members, 124 of whom are under the age of 80 and eligible to vote in a conclave to elect a new pope.

NEXT: Persecution worsens for Christians in post-coup Myanmar, experts say