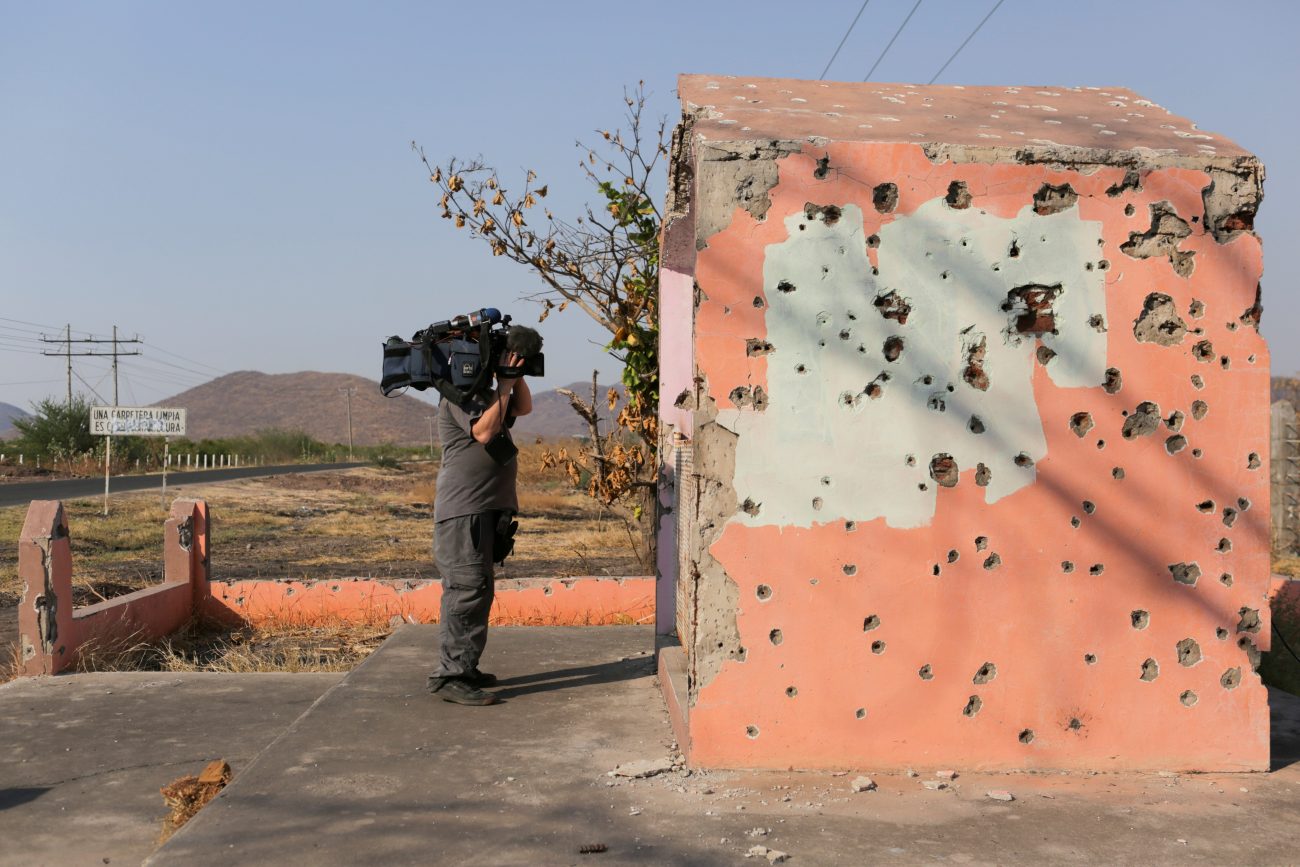 A cameraman takes video of a bullet-riddled chapel near Aguililla, Mexico, April 23, 2021. Pope Francis has sent a letter of encouragement to the town's residents as they confront battling drug cartels. (CNS photo/Alan Ortega, Reuters)

MEXICO CITY (CNS) — Pope Francis sent a letter of encouragement to residents of a Mexican diocese afflicted by battling drug cartels, a conflict that has cast attention on the lawlessness covering wide swaths of Mexico and the government’s inability to pacify the country.

In the letter sent to Bishop Cristóbal Ascensio García of Apatzingán and read at Mass July 18, the pope spoke of violence in the Tierra Caliente region of western Michoacán state. He also offered prayers for the population, along with the message: you are not alone.

“The climate of terror and insecurity that afflicts the population is against God’s will. … Remember that you are not alone, the Lord is strength and mercy, that he never abandons his children, that the church is attentive and close to those that suffer,” the letter said.

“My prayer to the Lord Jesus is that you can move forward in life and that he helps you to carry the crosses and sufferings with meekness, strength and patience.”

Mexican President Andrés Manuel López Obrador campaigned in 2018 on a promise to calm the country, coining the catching phrase “hugs, not bullets,” to signal a change in approach.

Violence has continued claiming lives, however, and the president has turned to the military for public security functions.

López Obrador July 7 called on the residents of the hard-hit town of Aguililla in the diocese “to help bring peace, that they don’t take the path of violence and confrontation, that we leave aside hatred and rancor, that we practice the principle of loving the other.”

“No to violence. Yes to peace, to dialogue. And don’t allow yourselves to be manipulated by criminal groups. … We are very willing to help them, all of them, but they should not choose violence for the sake of finding a solution,” he said.

Church leaders have highlighted the plight of Aguililla, where two drug cartels have waged a conflict so severe that people have fled and highways have been blocked, provoking shortages of basic goods.

A July 14 statement from the Diocese of Apatzingán called for prayer and described the local population as “suffering the consequences of this war.”

“Regrettably, we do not feel the presence of the government to help resolve these social problems. But we Christians feel the closeness of the Lord, who does not leave us on our own,” the statement added.

Pope Francis ended his letter by calling for conversion. But he also urged, “those responsible for the common good to commit themselves to the eradication of crime and impunity,” and for creation of “dignified work” so people could “escape poverty … and not fall into the temptation of entering narcotics trafficking and violence.” 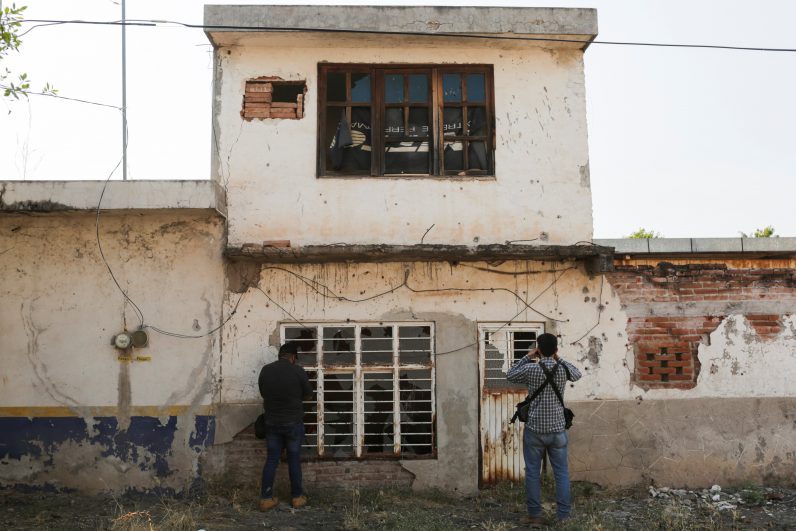 Photographers take pictures of the bullet-riddled front of an abandoned house near Aguililla, Mexico, April 23, 2021. Pope Francis has sent a letter of encouragement to the town’s residents as they confront battling drug cartels. (CNS photo/Alan Ortega, Reuters)