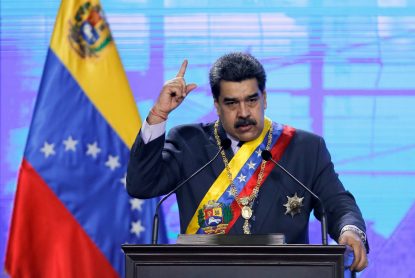 President Nicolás Maduro blasted the letter as a “compendium of hatred, of venom,” during a July 21 television address and questioned the motives of the cardinal, who previously served as the apostolic nuncio in Venezuela.

“What does the Vatican’s foreign minister have to do with the assembly of a Venezuelan business group?” Maduro asked. 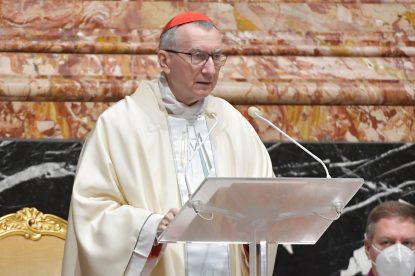 “Explain for us, Pietro Parolin, what does it have to do with, what do you have to do with, as chancellor of the Vatican … sending a letter full of poison, hatred, intrigue, cynicism and attacks?” Maduro said, addressing the cardinal with informal language.

Maduro also mused if Parolin really wrote the letter, saying, “I don’t think so, Parolin has a lot of work in Rome. … Why is he concerned with a meeting of Venezuelan businessmen?” But Maduro branded the missive, “Garbage.”

Cardinal Parolin wrote the letter, dated June 23, to Ricardo Cussano, president of the Venezuelan Federation of Chambers of Commerce. Auxiliary Bishop Ricardo Barreto of Caracas read the letter July 20 at the federation’s annual conference and Cussano posted a copy of the document on social media.

“It is important that civil society be a protagonist in the solution to the crisis of that beloved country. A solution that will only be achieved if Venezuelans, especially those with some sort of political responsibility, are willing to sit down and negotiate in a serious way on specific issues to provide answers to Venezuelans’ true needs,” Cardinal Parolin’s letter read.

“This demands political will on the part of those involved, a willingness to allow that the common good prevail over private interests and the responsible support of civil society and the international community,” the letter continued.

“If these negotiations are successful, great generosity and patience will be necessary because the current crisis will not be resolved immediately. Multiple efforts and sacrifices on the part of everyone will be necessary.”

The letter came as the Venezuelan government and opposition prepare for negotiations on future elections, Reuters reported. The opposition has branded Maduro a dictator, who has not allowed free or fair elections since coming to power in 2013 after the death of President Hugo Chávez.

Venezuela, once the wealthiest country in South America, has had its economy collapse and oil production sputter over the past decade. Maduro and Chávez have sparred with the private sector, having carried out nationalizations of some businesses and promoted what Chávez called “21st- century socialism.”

But a senior government official attended the business federation’s assembly for the first time in years, according to Reuters.

Venezuelan Vice President Delcy Rodríguez responded to the Parolin letter, telling the business leaders, “Priests that want to do politics, let them take off their cassocks and do politics.”

Church-state relations in Venezuela also have been fraught, though Cardinal Baltazar Porras Cardozo of Mérida has said he would be willing to facilitate discussions between the government and the opposition.

The Vatican previously tried to work toward a resolution of the Venezuelan crisis, but withdrew from its facilitator role in negotiations in 2017.