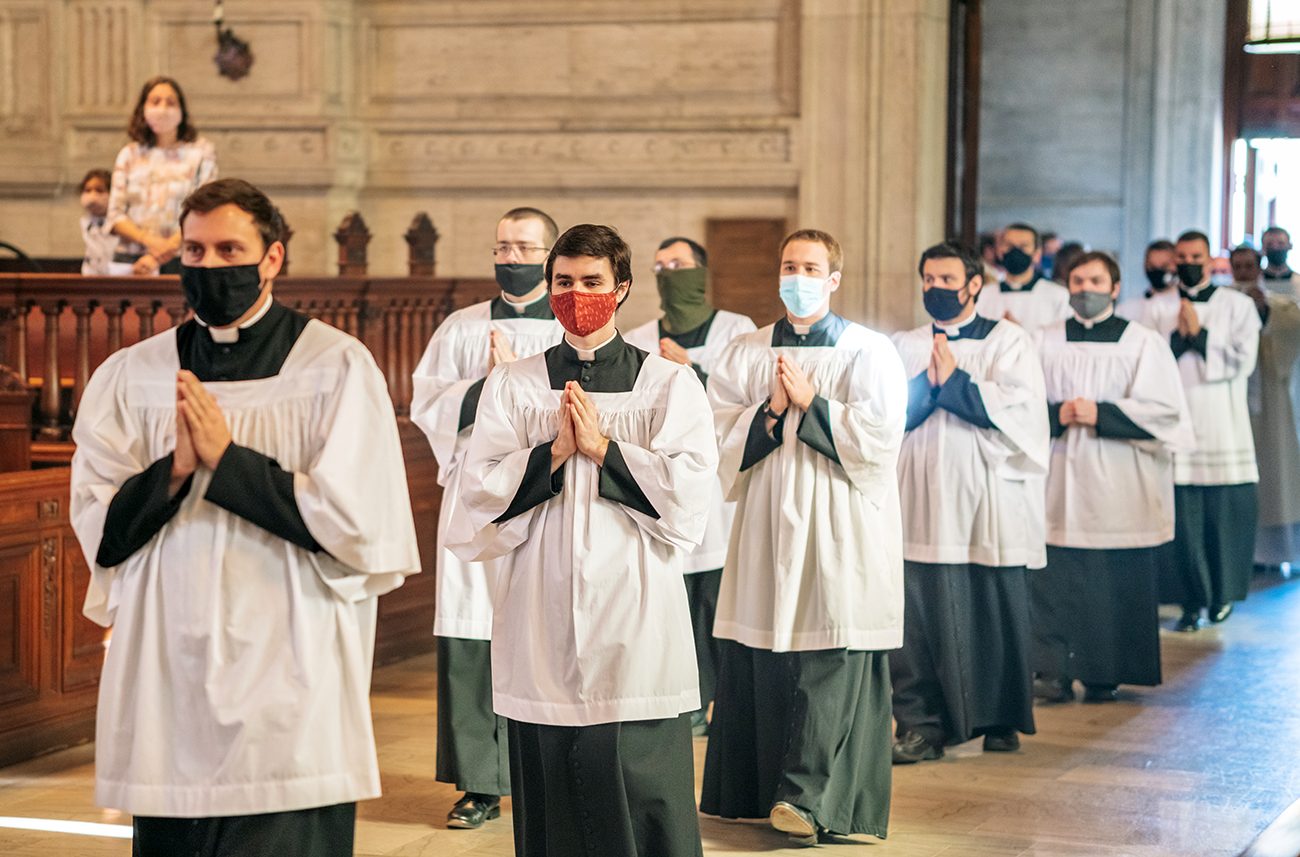 In this November 11, 2020 image, seminarians process into St. Martin's Chapel at St. Charles Borromeo Seminary in Wynnewood. The seminary will launch a new English as a Second Language (ESL) curriculum in September 2021 to meet the needs of an increasingly diverse student body, a third of which is "non-Caucasian." (Sarah Webb)

A new program at St. Charles Borromeo Seminary in Wynnewood will help future priests “get the word of God out” even more clearly, said an archdiocesan priest and longtime language instructor.

This fall, the seminary will launch an English as a Second Language (ESL) program for its increasingly diverse student body. The “full-immersion” curriculum, designed for current and prospective seminarians, will be headed up by Father Augustus Puleo, pastor of St. Patrick Parish in Norristown and a trained linguist with advanced degrees from Georgetown University, Middlebury College and the University of Pennsylvania, as well as the seminary itself.

Joining Father Puleo as a faculty member will be linguist Elizabeth Popjoy, who completed her undergraduate degree at St. Joseph’s University and received her Master’s in Teaching English as a Second Language (TESOL) at Temple University.

Funding for the program has been provided through a $50,000 grant from the Lilly Endowment as part of its “Pathways for Tomorrow” initiative to strengthen seminaries and theological schools.

The new program will strengthen English proficiency among current seminarians, said Bishop Senior, while helping to “attract new seminary students who may be discerning a vocation, but were hesitant due to language challenges.”

According to its most recent annual report on ordinations, the Center for Applied Research in the Apostolate (CARA) found that 27% of those ordained in 2021 were foreign-born, with Mexico, Vietnam, the Philippines and Poland as the four most common countries of origin.

Father Puleo – who has taught both English and Spanish in the U.S., Spain, Panama and Puerto Rico — said the curriculum will enable students to master five critical skills: reading, writing, speaking and listening in English, as well as embracing the language’s “cultural aspect.” 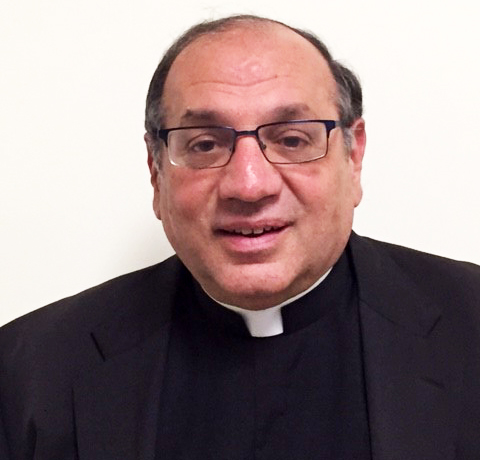 “They have to know that to be a successful priest in a parish, in a school,” he said. “Culture is transmitted through languages.”

Over the past several years, the seminary has added culturally sensitive spiritual directors, formation advisors, pastoral internships and field assignments to better address the needs of its international entrants.

The first step with the new ESL program, said Father Puleo, is to test students to “see where they fall” on the proficiency spectrum.

“As Pope Francis says, we meet them where they are,” he said.

By the end of the program, students “should be able to take written and oral exams, write papers, understand what is spoken in class, and be able to give talks and homilies,” said Father Puleo.

He will also focus on “accent reduction” in students, seminarians and ordained priests who already have fluency in English.

“It’s another name for speech therapy,” said Father Puleo. “I’m going to try to individually work with them so they’re more understandable in their missions, to teach them to be clear (in pronunciation). I’ve heard so many times from laity, ‘We don’t understand him.’”

Seminarians who are native speakers of English will help reinforce lessons during everyday interactions, Father Puleo said – and he plans to “bring native speakers” into the classroom to expose students to the many sounds of the language.

“Men, women, younger people, older people – there’s a difference in how they speak,” he said.

Among the world’s languages, English – with an estimated 1.35 billion speakers, only 27% of whom are native – is widely considered difficult to learn.

Spelling can seem unpredictable, with the same sounds represented by a variety of letter combinations (as with the “f” sound in “off” and “trough,” or the long “o” sound in “low” and “dough”).

The number and range of idioms (“jump the shark,” “straight from the horse’s mouth”) can bewilder students, while “ditransitive constructions,” in which verbs take both direct and indirect objects, can mystify those whose first languages, unlike English, rely heavily on case endings and prepositions to make clear the subject and object in a sentence.

Other challenges for non-native speakers are “the speed, the volume and the intonation” of spoken English, said Father Puleo.

In addition, learning theological and philosophical terms in English – with which the students will be “bombarded” during their studies and daily prayer — will be an essential part of the new program, he said.

And while he “underscores and underlines” the need for English proficiency, Father Puleo is also committed to enhancing Spanish fluency, since about 40% of all U.S. Catholics are now Hispanic.

Several seminarians are participating this summer in intensive Spanish language programs based in Texas and Guatemala; courses in previous years were located in Mexico.

Ultimately, the goal of both the English and Spanish language programs is to foster understanding and evangelization, said Father Puleo.

“One of the greatest gifts God gave us is language, to be able to communicate with him first of all, and then with each other,” he said.

NEXT: MagniFest raises songs of praise in Chester County