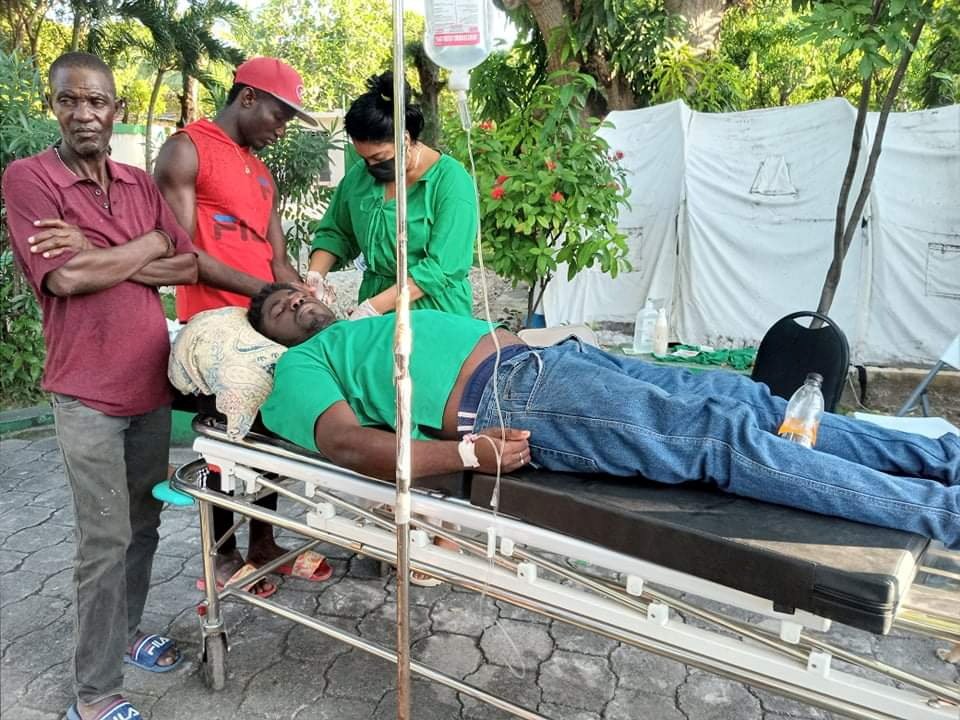 Relief workers in Haiti said the Aug. 14 earthquake might not be as catastrophic as the 2010 quake that was closer to the capital, but recovery will be complicated because the quake came on the heels of July’s presidential assassination, of an economic and ongoing political crisis, the coronavirus pandemic and an active storm season now underway.

Fonie Pierre, a public health professional who heads operations in the region for the U.S.-based Catholic Relief Services, lives in Les Cayes, Haiti’s third-largest city and one of the hardest hit by the earthquake magnitude 7.2 earthquake. She told Catholic News Service she and her daughter fled their home during the earthquake and have joined neighbors in living outdoors for the foreseeable future.

CRS staffers are reporting widespread damage to buildings and homes as area hospitals have been overwhelmed by the disaster, pushing them to capacity and forcing them to turn away people in need. The major road connecting Les Cayes to Jérémie is impassable due to landslides and cracks on the road.

“My house is OK, but there are many cracks, and we cannot stay inside — we stayed the night outside with the neighbors and are living in solidarity as many households,” Pierre told CNS by phone Aug. 15.

The local hospital in Les Cayes, she said, does not have capacity to receive so many injured people, while other medical centers in the south are trying to offer help “but it is difficult for them to find materials, doctors, nurses and human resources to manage this situation,” Pierre said.

Fear of aftershocks and further earthquakes mean that she and her neighbors are planning to live outdoors for as much as a month or so, even as tropical storms threaten the region. Tropical depression Grace was predicted to reach Haiti late Aug. 16, bringing the potential for torrential rain, flooding and landslides.

While the full extent of the Aug. 14 earthquake is far from fully known, Pierre said history will probably record the 2010 earthquake in Port-au-Prince as far more tragic, with many more people living closely together in densely built urban neighborhoods in the nation’s capital. More than 300,000 people were killed and another 1.3 million left without homes following the magnitude 7 earthquake in 2010. 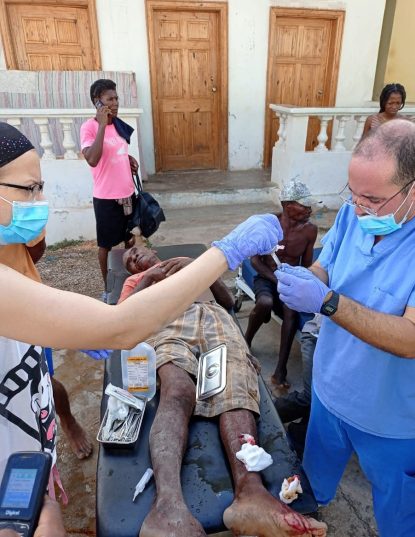 The Haitian civil protection service reported late Aug. 15 that nearly 1,300 people had been killed, more than 5,700 were injured and more than 30,250 families needed shelter.

CRS indicated it was sending teams to provide clean water, sanitation, shelter and emergency supplies to an area that was still recovering from the devastation caused by Hurricane Matthew in 2016, as well as drought and two subsequent tropical storms.

Pierre told CNS she understands at least one of her local CRS staff had lost a family member during the earthquake, and others sustained some injuries. Recovery operations were complicated further not only by roads blocked by earthquake damage but by a dangerous, gang-controlled route that connects the south of Haiti to Port-au-Prince.

“And we still have COVID and all the political and social situations,” Pierre said.

Fiammetta Cappellini, Haiti-based country representative for the Milan-based AVSI, told CNS by phone Aug. 14 that she traveled from Port-au-Prince to Les Cayes earlier that day. She estimated that some 30% of the buildings were severely impacted by the earthquake.

“All the people are on the street, and night is approaching, and people will be passing the night on the road in the streets; we have a lot of seismic (aftershocks), and so it is dangerous to enter buildings at this time,” Cappellini said.

“The Catholic community here has experienced a lot of churches and Catholic schools in the area that went down — that worries us a lot, because education is maybe the only way out for this country, and now again we face a closed-school situation impossible to manage,” Cappellini said. “And so this is a very hard (situation) long term.”

AVSI operates some five major projects with 50 to 60 staff in southern Haiti, she said. She told CNS that during staff meetings “we heard a lot of stories which were difficult to hear: They saw neighbors hit by the earthquake and they told us about children dying in their houses in the arms of their mothers trying to rescue them. It is very hard to hear these kinds of stories.”

AVSI, she said, will focus on providing materials for temporary housing and prioritize pregnant women with children and women with large families.

“Humanitarian activities could be badly impacted by wars among gangs in this area,” she said, adding that she and at least one other relief agency were able to pass through the region Aug. 14. “Absolutely, gang violence will absolutely negatively impact our ability to respond to this catastrophe.”

Cappellini agrees with the assessment that the 2010 earthquake near Port-au-Prince will be remembered as far more deadly and destructive, simply due to the miles and miles of housing clusters that collapsed onto each other at that time.

“The situation (today) is very difficult, but it seems absolutely not like the same scale of destruction we knew in 2010 — absolutely not,” she told CNS.

“This is a rural area around the cities of Les Cayes and Jérémie, and a lot of people were affected, but the rest of the region is rural areas with small houses not touching one to another,” Cappellini said.

She worries that a lack of authority and governance in the country following the presidential assassination in July will negatively impact the ability of the government to respond to the earthquake.

“Also there is a lack of everything, including food, in-kind items and so on, and we are expecting local and government authorities not to be so strong in their capacity to answer this emergency. It is difficult to predict the future, but probably we expect a very difficult period over the next months in responding to this new emergency.” 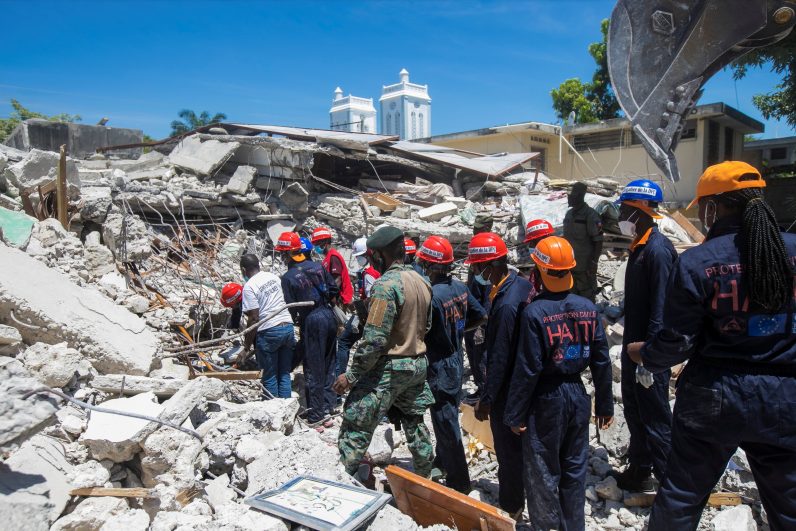