Pope prays for peace in Afghanistan as Taliban takes control 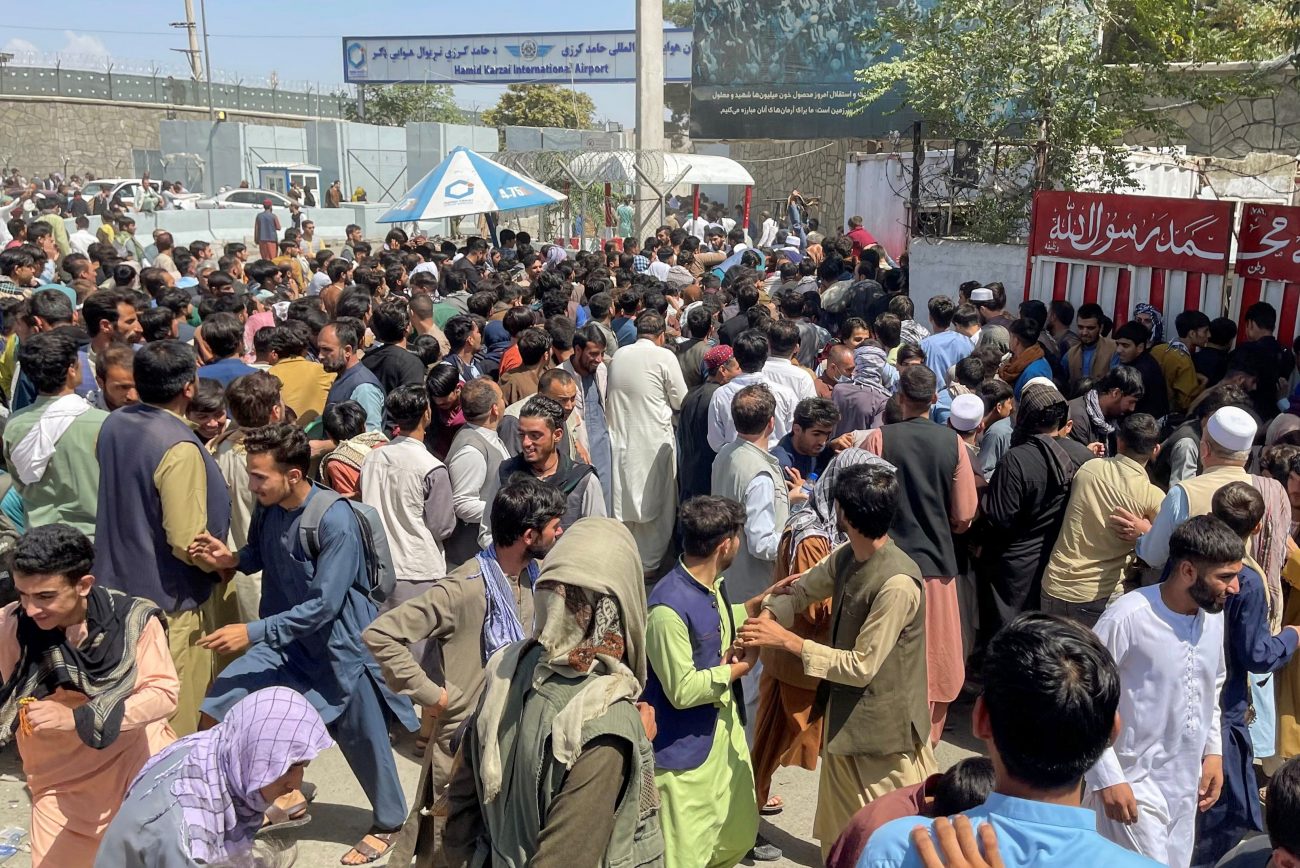 People try to get into Hamid Karzai International Airport in Kabul, Afghanistan, Aug. 16, 2021. During his Angelus address Aug. 15, Pope Francis expressed his concern for Afghanistan amid the Taliban's control of the country. (CNS photo/Reuters)

VATICAN CITY (CNS) — Hours before the Taliban took control of Afghanistan’s capital, Kabul, Pope Francis expressed his hope for the peace and safety of the country’s citizens.

“I join in the unanimous concern for the situation in Afghanistan. I ask all of you to pray with me to the God of peace, so that the clamor of weapons might cease and solutions can be found at the table of dialogue,” the pope said Aug. 15 during his Angelus address.

Only through dialogue, he added, “can the battered population of that country — men, women, elderly and children — return to their own homes, and live in peace and security, in total mutual respect.”

The Taliban, an extremist Islamic movement that ruled Afghanistan until ousted by a U.S.-led coalition nearly 20 years ago, began taking over large swaths of the country as U.S. forces withdrew.

According to The Associated Press, Taliban fighters entered the presidential palace after Afghan President Ashraf Ghani fled the country.

In February 2020, the Trump administration signed a peace agreement with the Taliban and agreed to withdraw its forces by May 2021 in exchange for the group’s promise to cut ties with al-Qaida and cease attacks on American troops.

In April, President Joe Biden announced a complete withdrawal of U.S. troops in Afghanistan by Sept. 11 — the 20th anniversary of the attacks on U.S. soil coordinated by al-Qaida’s Osama bin Laden, who received protection from the Taliban.

However, as Taliban fighters took control of the country, Biden announced July 8 that the U.S. “military mission in Afghanistan will conclude on Aug. 31.”

The U.S. invaded Afghanistan in late 2001 in a bid to dismantle al-Qaida and force the Taliban from power. More than 2,300 U.S. soldiers have died in the 20-year conflict, the longest war in U.S. history, and thousands of Afghan civilians were killed and displaced as a result of the conflict, according to the U.N. Mission in Afghanistan.

PREVIOUS: Here’s where to donate to help agencies respond to the Haiti earthquake

NEXT: Vaccination is an act of love, pope says in ad campaign