Blue Mass honors heroes of 9/11, calls all to bring Christ to the world 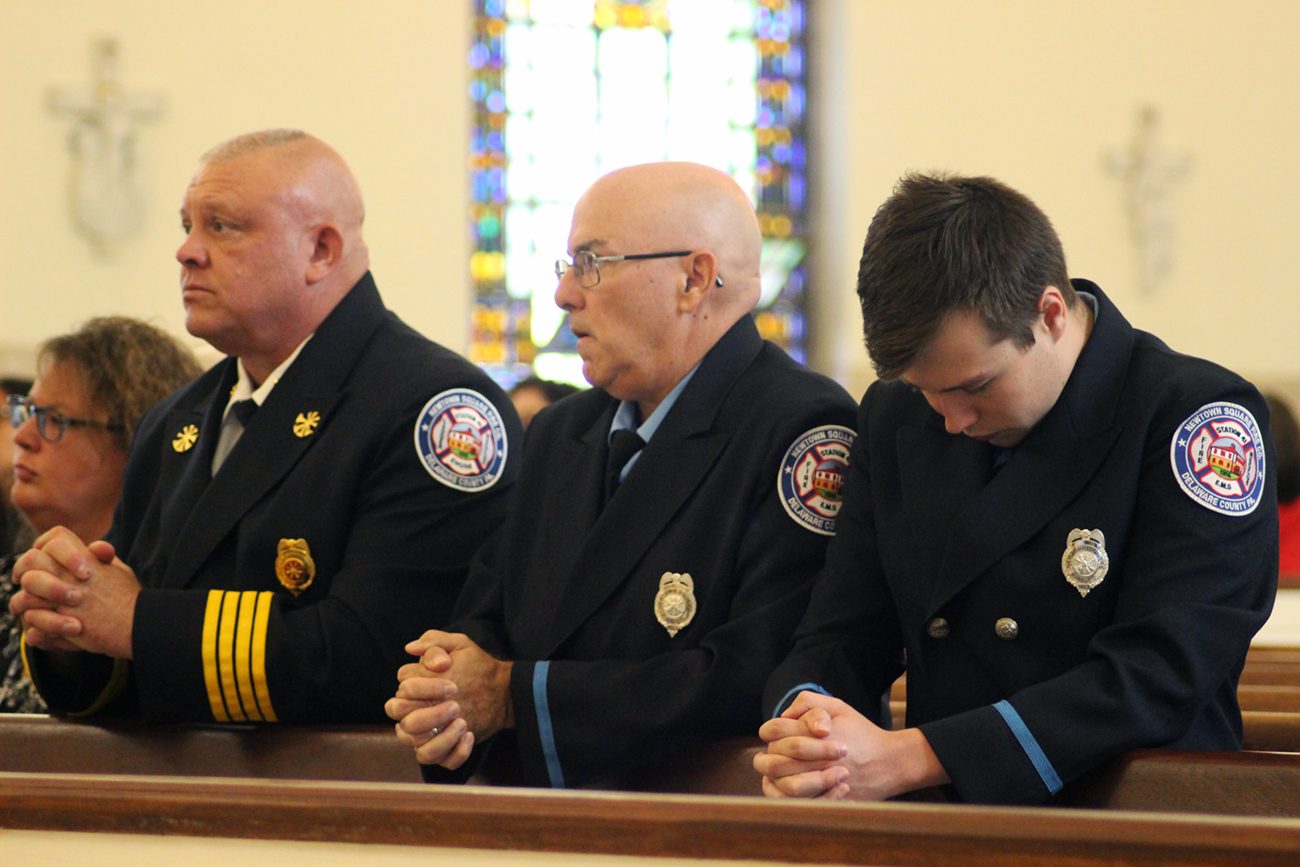 As the nation marks the 20th anniversary of the 9/11 terrorist attacks, courageously witnessing to Christ’s presence in the world is more essential than ever, said an archdiocesan priest and police chaplain.

“Let us bring Christ to those around us where we work, where we live,” said Oblate Father Steven Wetzel during a Sept. 11 “Blue Mass” at St. Anastasia Parish in Newtown Square.

Named for the traditional color of law enforcement uniforms, a Blue Mass honors police, firefighters and other first responders. Father Thomas Dade of Baltimore is credited with celebrating the first such liturgy on Sept. 29, 1934 at St. Patrick’s Catholic Church in Washington, D.C.

Some 110 – including a dozen members of local law enforcement — attended yesterday’s Mass, which was organized by parochial vicar and principal celebrant Father Brandon Artman, with the blessing of St. Anastasia pastor Father Michael Colagreco.

“First responders have our back, and we’ve got their back in prayer,” said Father Artman, speaking after the liturgy. “I think it’s important that we celebrate and recognize their bravery and continued commitment — the people who are still serving and those whom we’ve lost.”

Concelebrating the Mass were Father Wetzel, chaplain of the Michael the Archangel Ministry at the Philadelphia Lodge #5 Fraternal Order of Police, and Father Kevin Coyle, pastor of St. Paul the Apostle Parish in Annville, Pennsylvania (Diocese of Harrisburg) and chaplain of the Annville Fire Department.

Also on hand were Rev. Dr. Roland Buccialia, pastor of Spruce Street Baptist Church in Newtown Square, and Timothy Boyce, director of Delaware County’s Emergency Services Department, who said the terrorists behind the 9/11 attacks had ultimately failed in their efforts to destroy the U.S., since “they fundamentally misunderstood that people are what this country is about.” 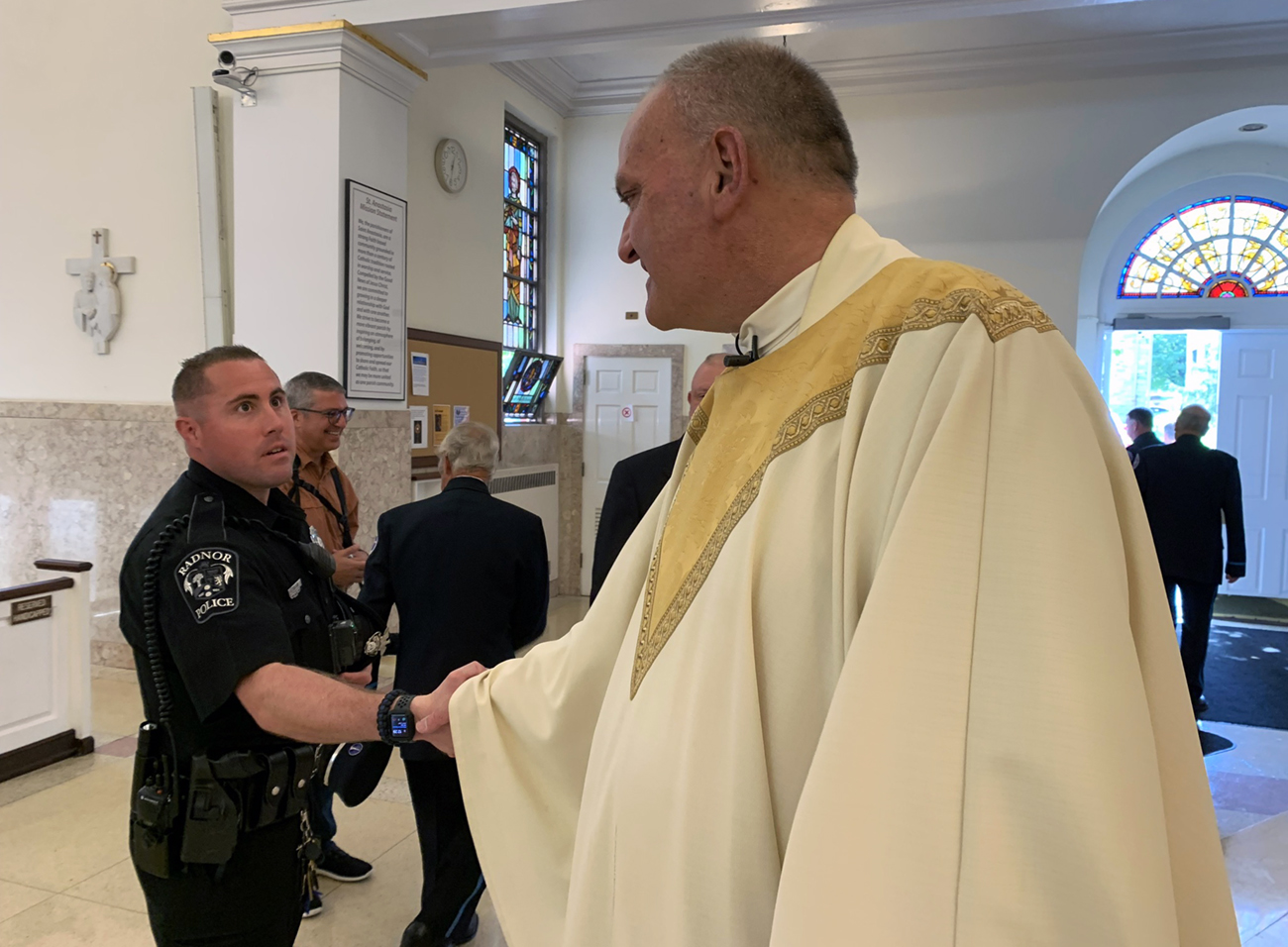 “Firefighters, medics and police officers didn’t run to the World Trade Center to save institutions. They ran to save people,” said Boyce.

Such selfless dedication is possible by God’s grace, which enables us to transcend our very real limitations, said Father Wetzel.

Reflecting on his early training as a volunteer firefighter, Father Wetzel recalled how he had been overwhelmed by panic while navigating a “smoke maze,” a structure used to simulate conditions in a burning building.

“All I wanted to do was get out of there,” he admitted, adding that a small glimmer of sunlight through a crack in the maze enabled him to calm down and complete the exercise.

Quoting St. Francis de Sales, the patron of his religious order, Father Steven Wetzel said “fear is the opposite of hope” and urged his listeners to “remember that and practice that.”

He also asked those present to pray “today and every day” for first responders, “because it’s through that grace of our prayer” they are sustained in their mission.

Captain John Newall of the Newtown Township Police Department agreed, saying “no matter what religion you are,” belief in the divine was crucial to facing life’s challenges.

Officer Richard Boland of the Radnor Township Police Department – who was “absolutely” motivated by the events of 9/11 to pursue a career in law enforcement – said faith strengthens his resolve to protect and serve the community.

“You just have to do your best every day, and show you can be better than before,” he said. 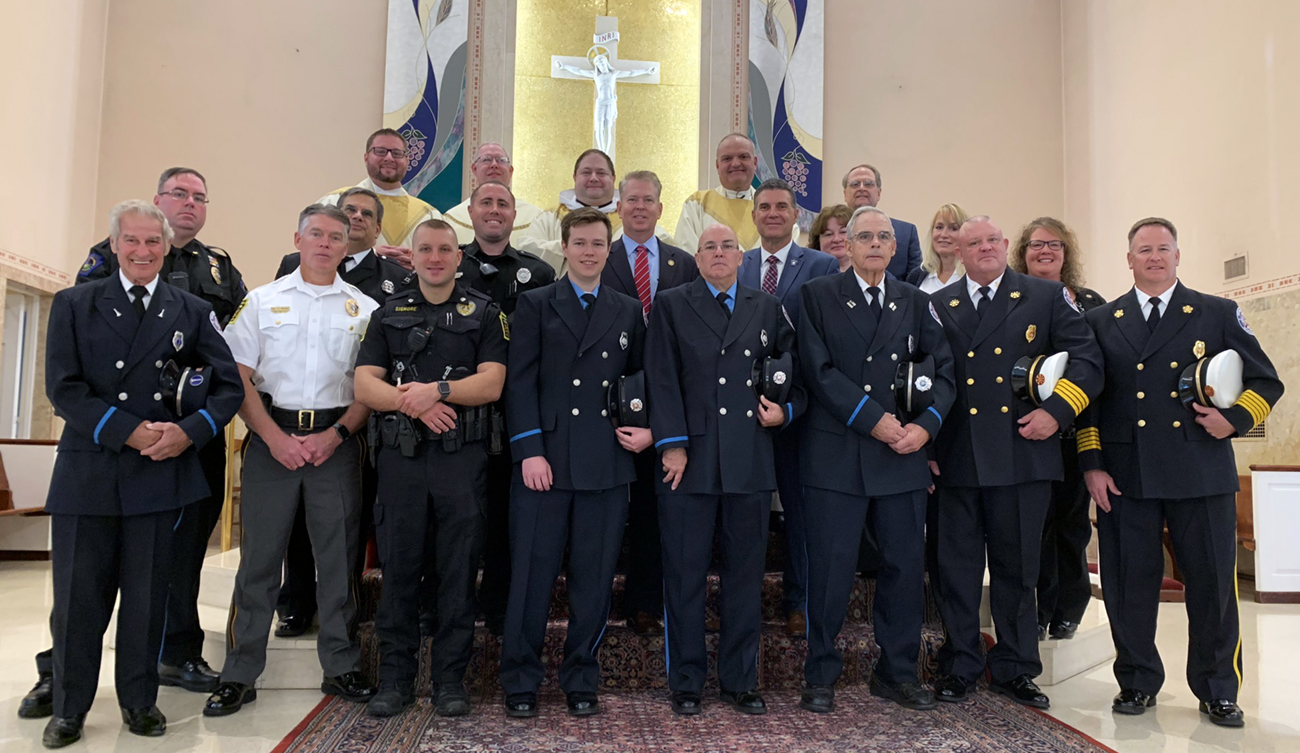 NEXT: AbbeyFest ready to put on a show for thousands