Little learners head back to school, with a blessing 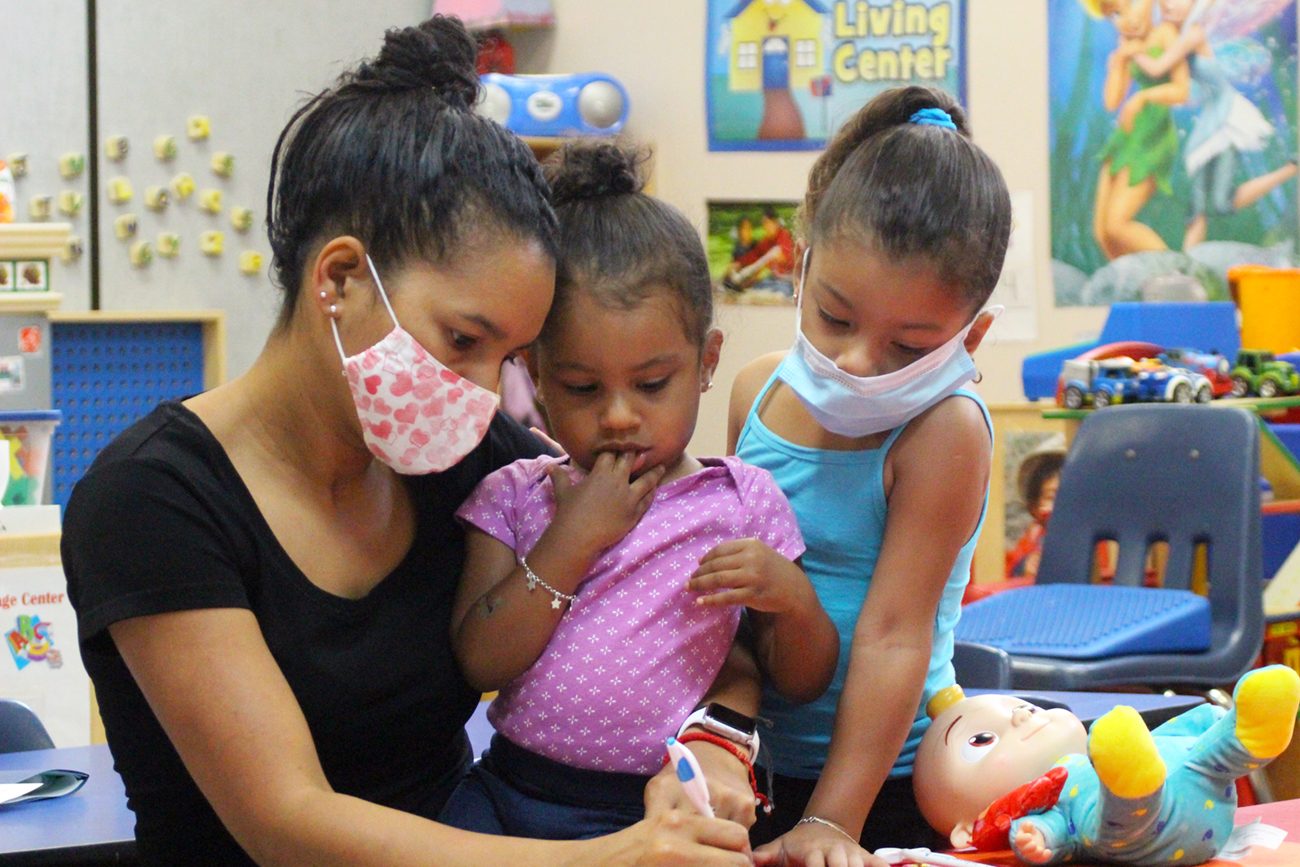 A mother and her children review orientation materials at Casa del Carmen Preschool Academy in North Philadelphia, Aug. 31, ahead of a school year staff are trying to make "as normal as humanly possible." (Gina Christian)

Little learners at an archdiocesan preschool are heading back to the classroom, with face masks up and a blessing flowing down from heaven.

On Monday, Father Thomas Higgins, pastor of Holy Innocents Parish in Philadelphia, visited nearby Casa del Carmen Preschool Academy to sprinkle classrooms, parents, teachers and students with holy water, while praying for a safe start to the new academic year, which the school will officially begin Sept. 2.

The academy is one of the many programs offered through Casa del Carmen, an archdiocesan Catholic Social Services (CSS) site that has assisted the Latino population of North Philadelphia since 1954.

With a typical waiting list of 30 children, the preschool – which offers a bilingual, culturally responsive curriculum — has earned high marks with its financial and regulatory partners. The Pennsylvania Department of Education gave the academy its highest rating of Keystone Stars 4 in recognition of Casa’s early education strategy and overall management.

Enrollment has risen from 73 to 89, which includes 14 new seats allocated by the Pennsylvania Pre-K Counts program. 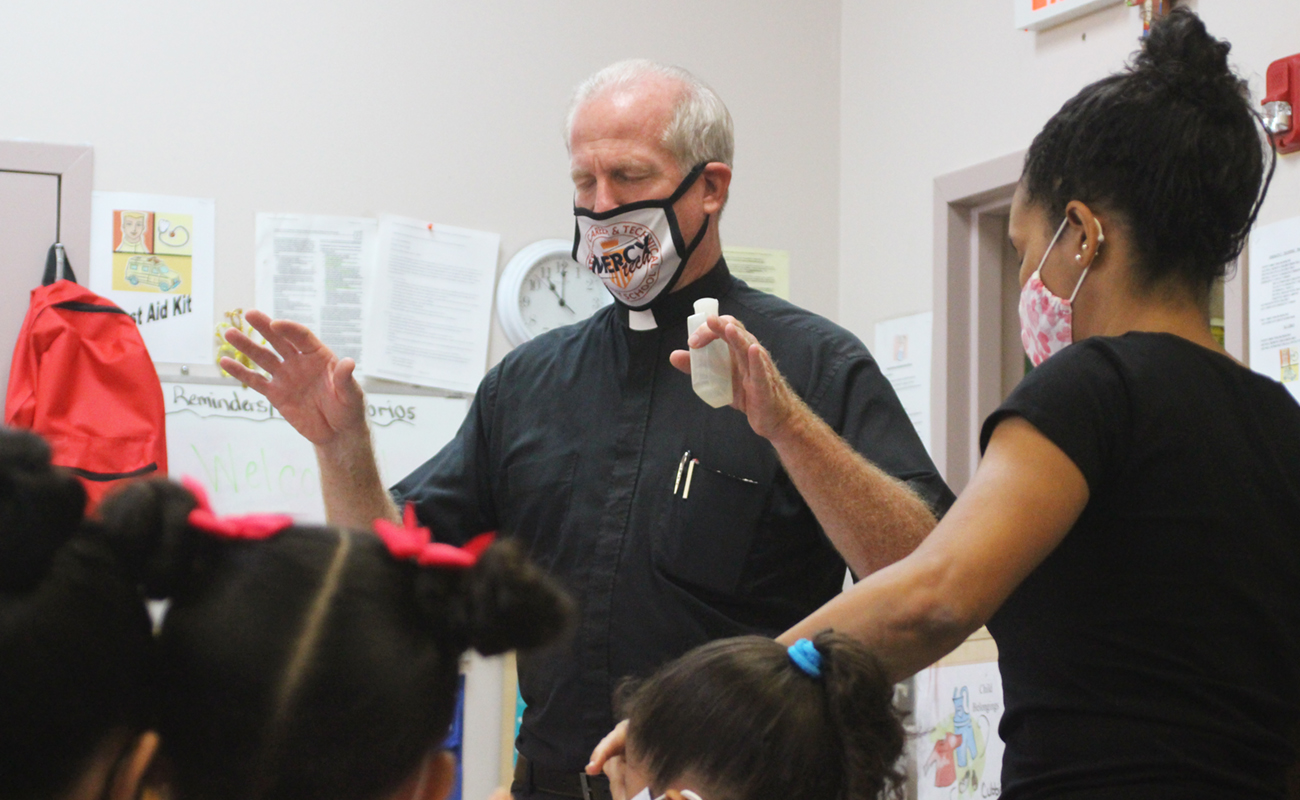 The city-licensed academy receives funding for preschool tuition through the Philadelphia beverage tax, except during the summer months, while the Catholic Charities Appeal helps to support the academy year-round.

Thanks to rigorous prevention protocols, the preschool was able to offer in-person instruction “all the time” last year amid the pandemic, said Casa del Carmen administrator Camille Crane.

However, until the Aug. 31 orientation session, parents themselves hadn’t set foot in the building since the onset of COVID, said school director Shari Gold.

To minimize the risk of transmitting the virus, “they were only allowed to go as far as the front” while dropping off and collecting their children, she said. But by the end of last term, she and faculty realized that all-virtual communications had resulted in “a disconnect.”

“Parents didn’t really get to see the building,” said Gold. “And they often ask us very specific questions, such as ‘What are the bathrooms like?’”

This week’s one-hour orientation sessions enabled parents to “meet with the teachers, get some paperwork filled out … and make them comfortable with the school year,” she said.

Kids will be wearing their masks all day long in the classroom, said Gold, but she and her team also plan to “take the kids outside as much as possible” for respites from wearing the face coverings.

“We have a beautiful safe space in the back of the school, and space to take them out for walks,” she said.

The state and the city, as well as the Philadelphia Archdiocese, have recently mandated face masks for students regardless of vaccination status.

Despite surges in COVID’s delta variant, however, parents at Monday’s orientation were “very comfortable,” Gold said.

“They’re more concerned with making sure their kids are wearing their uniforms,” she said. “We’re trying to get back to as normal as humanly possible.”

“It takes us doing our part, and God will do his part,” he said.