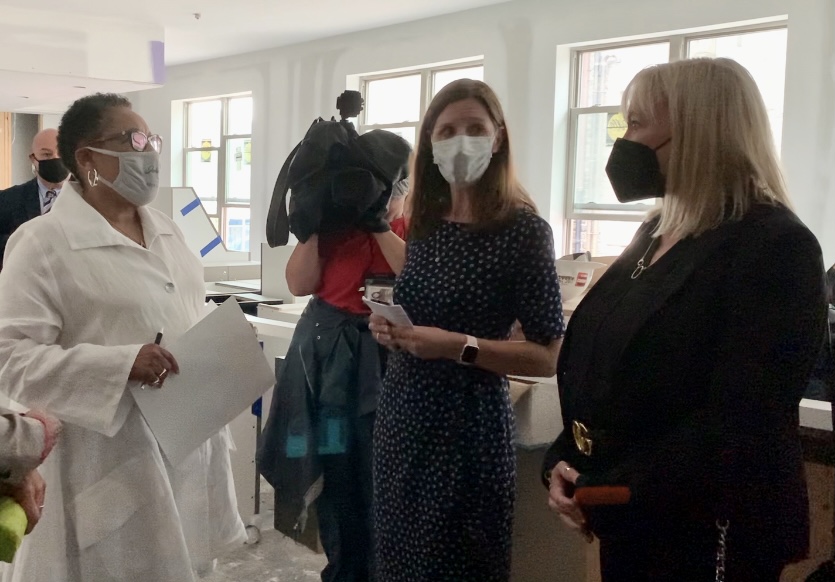 A new archdiocesan senior apartment complex hosted a major announcement yesterday from the Biden-Harris Administration in regard to the nation’s “severe shortage of affordable housing.”

The $18.3 million residence, scheduled to open this fall, will join five existing senior living sites developed by archdiocesan Catholic Housing and Community Services (CHCS) as part of its continuum of care to older adults throughout the archdiocesan area.

A lack of affordable housing has left “more than 580,000 people (to) sleep on the streets,” Fudge said, while soaring home prices and low inventory have made it increasingly difficult for “people … (to) live in the communities where they work.”

In response to the crisis, Fudge said the Biden-Harris Administration will “create 100,000 new housing units over the next two years, over and above what is in the American Families Plan.” 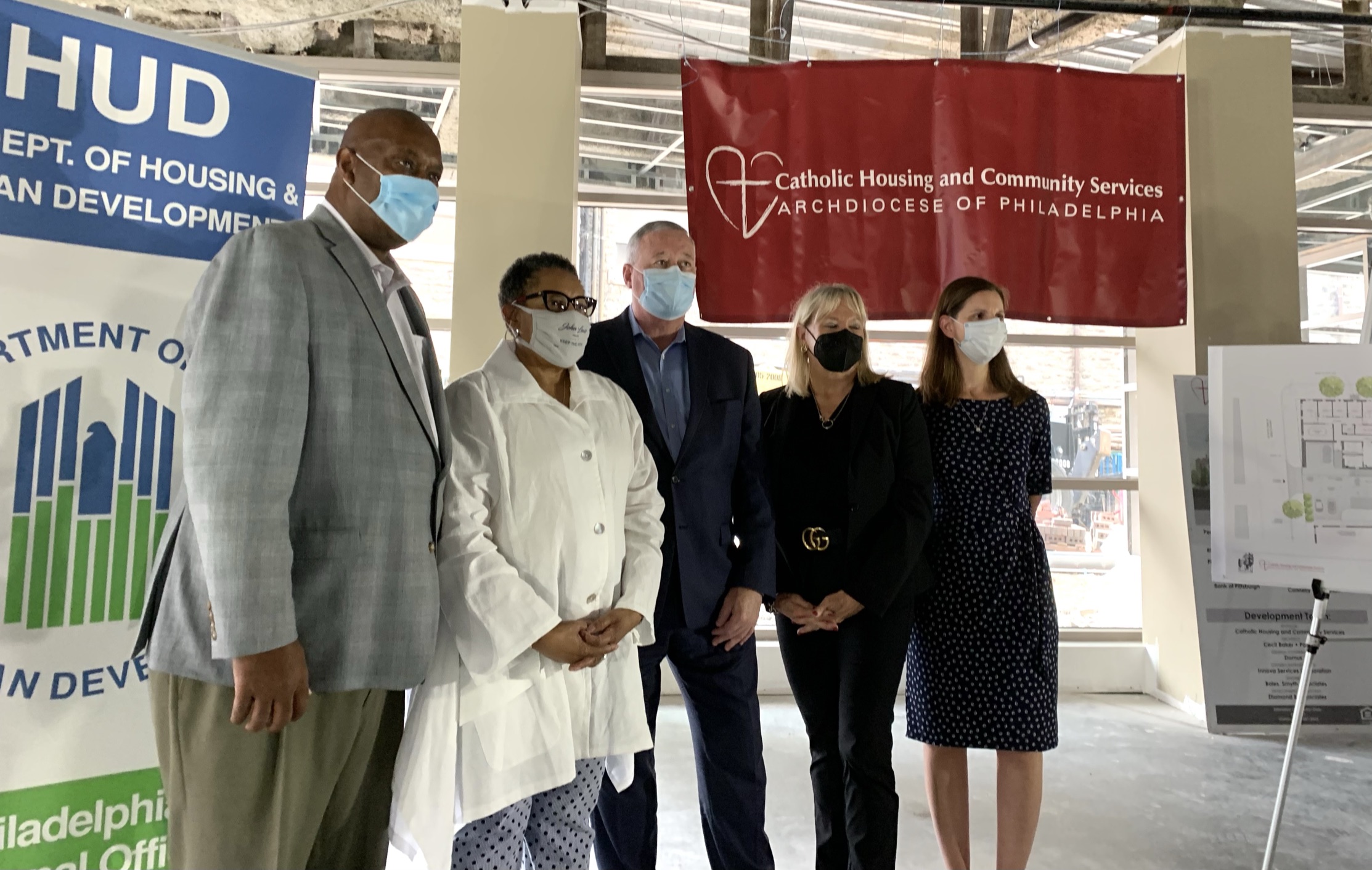 HUD will also curb sales of its 12,000 properties to larger investors so that “everyday homeowners” have an opportunity to purchase the units, said Fudge.

Manufactured housing and 2-4 unit properties will be increased, and the administration will “try to work with local governments on zoning” to enhance housing access, she said.

“This is going to be one of the most historic investments in housing in this country,” said Fudge.

“One of the things that comes to mind immediately is the complexity of putting together a project like St. Rita Place,” he said, noting that CHCS has been able to leverage partnerships with “very significant stakeholders,” based on the agency’s record of “very compassionate, very effective service.” 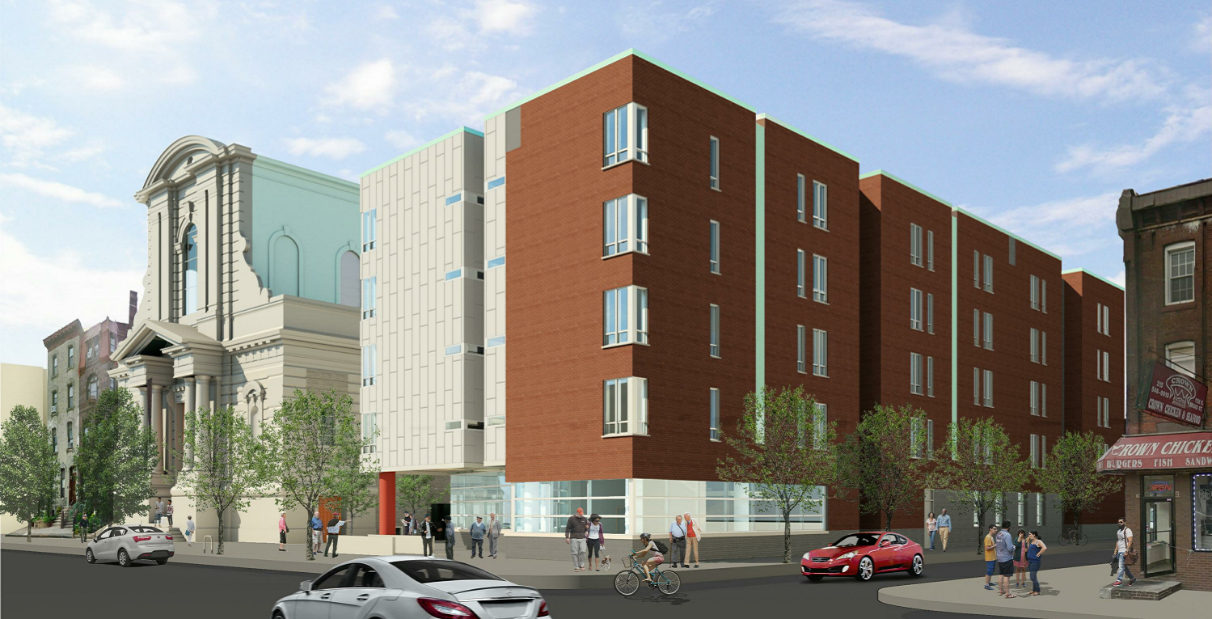 An artistic rendering shows the planned St. Rita Place, a 46-unit apartment building for income-eligible seniors, which will open in the fall of 2021 on the 1100 block of South Broad Street in Philadelphia.

“Our partnership with government entities at the local, state and federal level is critical to our ability to provide seniors with safe, dignified and affordable housing solutions,” said Huot.

Other key partners for CHCS include parishes and religious organizations such as the National Shrine of St. Rita, which some 10 years ago “had a vision to create a space that would further its mission of peacemaking and healing,” she said.

For that reason, St. Rita Place will also include the Cascia Center, a 7,500-square-foot multipurpose space with office, conference and hospitality facilities for shrine pilgrims.

Shrine staff and the Augustinian Friars of the Province of St. Thomas of Villanova, who serve at St. Rita, will use the center for an array of counseling, educational and hospitality ministries designed to promote peace and reconciliation – a fitting outreach in honor of a medieval saint known as a patroness of forgiveness and healing.

Wiessman, who focuses on “partnerships for community revitalization,” said St. Rita Place “represents the best of them in terms of all the participants, all the entities that are working together.”

The project has the community at heart, said Kenney, who called St. Rita Place “very spiritual” as well as “very practical.”

“As a person who was born and raised in South Philadelphia, I recognize seniors’ attachment to their neighborhoods, particularly down here,” he said. “The convenience, the affordability, the ability to walk to a grocery store, the ability to … walk to church. It’s just really important that we have people who can no longer afford to stay in their homes still be in the neighborhood they’re used to in their aging years.”

With older adults set to outnumber children in the U.S. by 2035, the issue of affordable senior housing has become all the more urgent.

“Waiting lists are long and vacancies are scarce,” said Huot. “For the 46 apartments that we are creating here at St. Rita Place, we have received over 220 applications.”

Amid that daunting need, St. Rita Place “will stand as a true symbol of hope and healing on this prominent corner of Broad Street,” she said.

PREVIOUS: Little learners head back to school, with a blessing

NEXT: Arrests made in blaze that destroyed former Northeast Phila. church