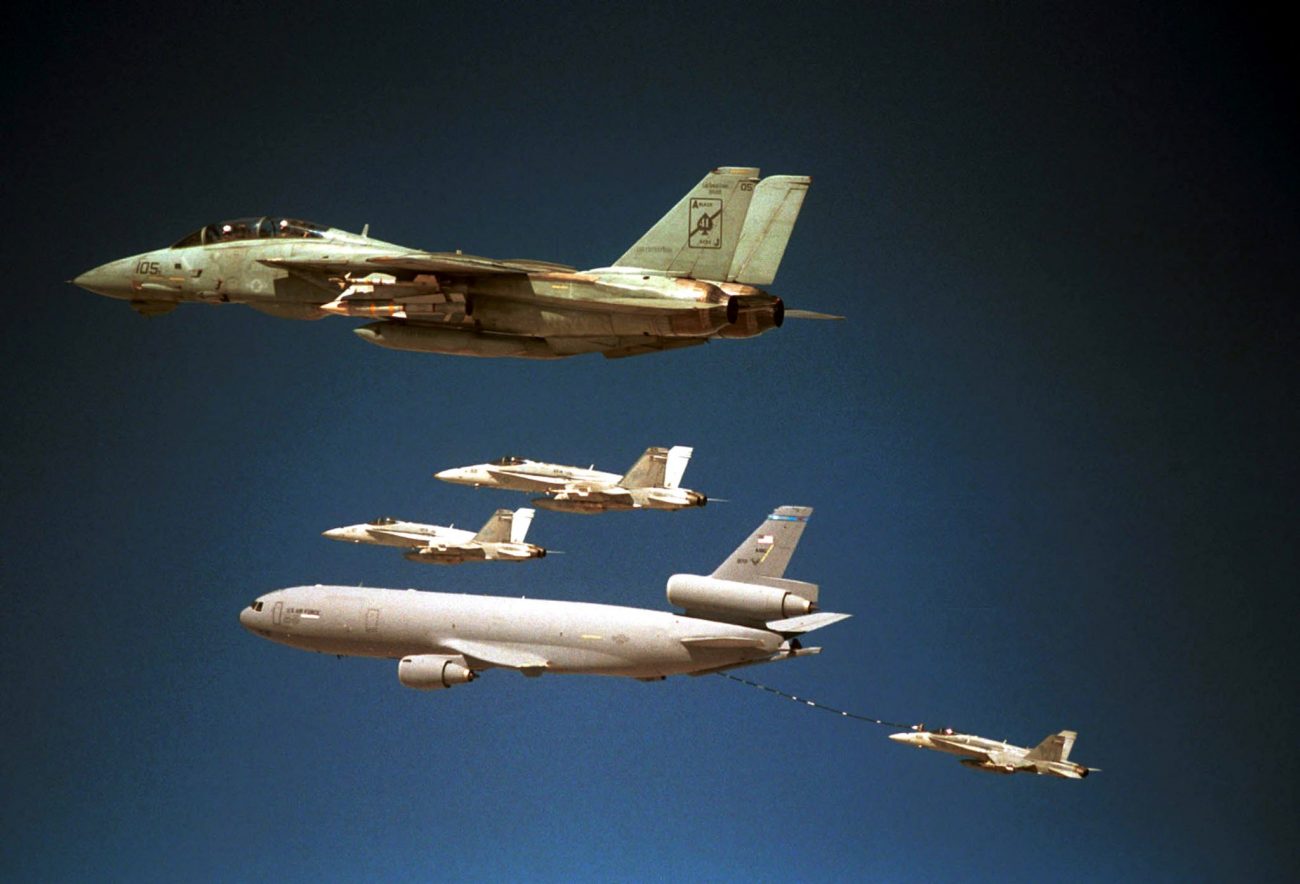 WASHINGTON (CNS) — Some people consider the $3.5 trillion infrastructure proposal being proposed by congressional Democrats a huge chunk of change.

But it pales compared to various estimates of military spending against a global war on terror spurred on by the 9/11 attacks of 2001.

The “Costs of War Research Series” by Brown University’s Watson Institute for International & Public Affairs puts the price tag over the past 20 years at $8 trillion, more than double the infrastructure bill’s projected cost.

Both of those figures are dwarfed by the $21 trillion estimate calculated by the National Priorities Project of the Institute for Policy Studies.

Asking what the United States got from expenditures of this size is the $64,000 question. But when you’re talking in terms of 13 or 14 digits following a dollar sign, $64,000 comes across as chump change.

“We use the same tools for every situation and we wonder why it is that those tools don’t work,” said Johnny Zokovitch, executive director of Pax Christi USA. “All of us were hoping that coming out of the pandemic, there would be a reprioritization of the federal budget. This provides an opportunity for us to spend our money differently.”

That has not yet come to pass, according to Lindsay Koshgarian, director of the National Priorities Project and co-author of “State of Insecurity: The Cost of Militarization Since 9/11,” the report that pegged the overall cost at $21 trillion.

“Whether there would be a write off, at least $6 billion — which is not a huge amount in terms of Pentagon spending — but it is almost the amount in a bill that would remove it from the Pentagon and give it to vaccinations,” as sponsored by Rep. Mark Pocan, (D-Wis.), Koshgarian told Catholic News Service.

“The United States, over the last two decades, has already spent and the Biden administration has requested about $5.8 trillion in reaction to the 9/11 attacks,” said the “Costs of War” report, “The U.S. Budgetary Costs of the Post-9/11 Wars,” written by Neta C. Crawford of Boston University and issued Sept. 1.

“Future medical care and disability payments for veterans, over the next decades, will likely exceed $2.2 trillion in federal spending,” it added.

The National Priorities Project’s report goes beyond the warfare in Afghanistan and Iraq, but it fixes just that cost at more than $16 trillion, including the budget for the Dept. of Defense, nuclear weapons and activities and certain intelligence and military retirement costs, all of which fall under the federal government’s definition of “national security.”

It then adds $3.07 trillion for veterans, $949 billion for homeland security — including increased militarization of the U.S. border, especially when it was feared that terrorists could easily make their way into the United States — and $732 billion for federal law enforcement efforts.

While “a number of purported foiled terrorist plots have been revealed as cases of entrapment, diverting law enforcement resources from pursuing real threats and instead coaxing vulnerable individuals into participating in plans manufactured by FBI agents,” the report said.

“Some analysts have concluded that the nature of the FBI’s counterterrorism strategies seems to create ‘terrorists’ out of ordinary citizens — certainly not the purpose for which funds were legislated.”

According to the federal Department of Homeland Security’s fiscal year 2020 report, the greatest terror threat facing the United States may not be like those attempted and carried out 20 years ago.

“The pace of innovation, our hyperconnectivity, and our digital dependence have opened cracks in our defenses, creating new vectors through which our enemies and adversaries can strike us. This is a volatile combination,” the report said.

“The result is a world where threats are more numerous, more widely distributed, highly networked, increasingly adaptive, and incredibly difficult to root out. The ‘home game’ has merged with the ‘away game’ and DHS actions abroad are just as important as our security operations here at home.”

“The U.S. Budgetary Costs of the Post-9/11 Wars” tallied the number of nations with which the United States engaged from Operation Enduring Freedom, focused on Afghanistan and Pakistan, and Operation Inherent Resolve, focusing on Iraq and Libya, and came up with 26 countries if you include Cuba due to the U.S. base at Guantanamo Bay, as well as offshore operations.

Noting that the Pentagon’s budget is twice what it was 20 years ago after accounting for inflation, Koshgarian said it could be cut nearly in half, from the current $750 billion to $400 billion, which would still make it the world’s largest military force.

“We and others have suggested closing a significant number of our military installations around the world. There are 750 of them. Most of them are left over from various U.S. conflicts over the last century, and we don’t need a lot of them anymore, or of the size that we currently have,” she said.

“And we don’t need as many deployments of ships and planes everywhere around the world at all times. It would look like a much smaller military footprint.”

While there is sentiment to cut the Pentagon budget, according to Pax Christi’s Zokovitch, there is what he termed a “collective heaviness” over domestic issues — “the many things that have transpired over the past year and a half in the Trump administration, regarding issues like Black Lives Matter, immigration and the insurrection on Jan. 6.”

He said: “There is a collective exhaustion that doesn’t allow for the kind of action that we need to change that.”

Had there not been a rush to war after 9/11, wrote Jon Schwarz in a Sept. 3 online essay for The Intercept, the $5.84 billion cited in Brown University’s “Costs of War” estimate could have been spent over the past 20 years to update the U.S. utility grid, plant 1 trillion trees worldwide and implement a “Medicare for All”-type system in 2001.

With $21 trillion as its focus point, “State of Insecurity” said that money could be better spent to “fully decarbonize” the U.S. electric grid; create 5 million $15 per hour jobs with benefits and cost-of-living adjustments for 10 years; erase student debt; continue the extended Child Tax Credit for another 10 years; guarantee free preschool for every 3-and-4-year old and for 10 years’ raise in teacher pay; and provide COVID-19 vaccines for the population of low-income countries. 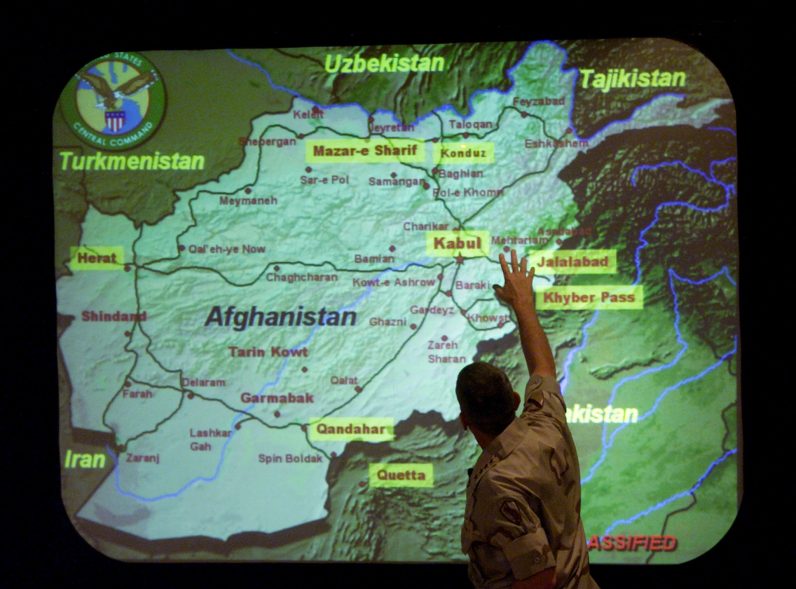 Gen. Tommy Franks, Commander in Chief of the U.S. Central Command at MacDill Air Force Base in Tampa, Fla., describes strategy on a map of Afghanistan Nov. 27, 2001, during a briefing with Secretary of Defense Donald Rumsfeld. (CNS photo/Reuters)

NEXT: New global initiative seeks to ‘unlock’ Catechism of the Catholic Church