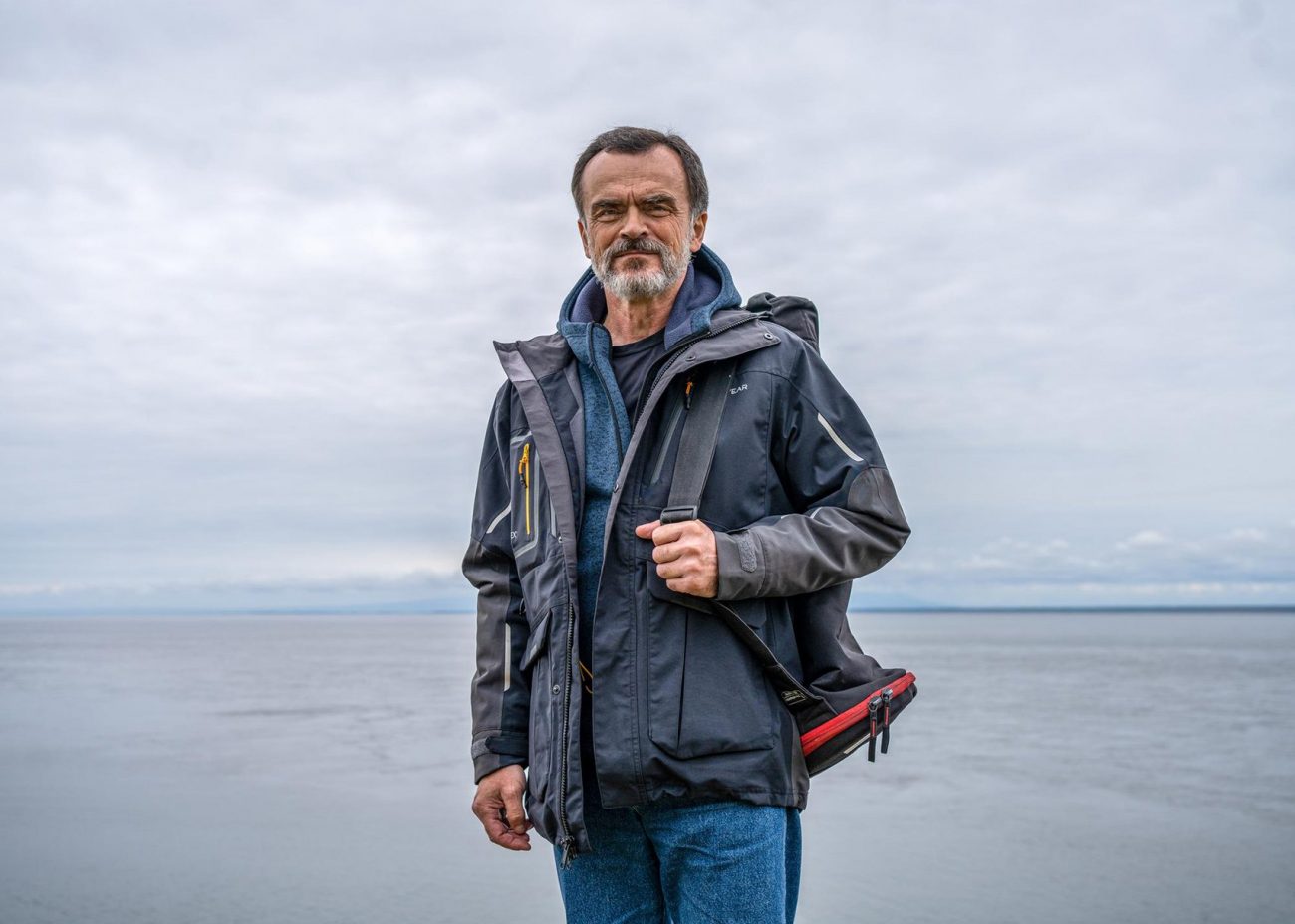 Father Stan Jaszek, a missionary priest from Poland who is serving Native Alaskans in the Diocese of Fairbanks, Alaska, is seen in this undated photo. Catholic Extension announced Sept. 28, 2021, that Father Jaszek is the recipient of its 2021-2022 Lumen Christi Award. (CNS photo/Ash Adams, courtesy Catholic Extension)

CHICAGO (CNS) — Father Stan Jaszek, a missionary priest from Poland who is serving Native Alaskans in the Diocese of Fairbanks, has been named the recipient of Catholic Extension’s 2021-2022 Lumen Christi Award.

The Lumen Christi Award, established in 1978, is the highest honor given by Catholic Extension and goes to people “who radiate and reveal the light of Christ present in the communities where they serve.”

“Father Stan intuitively understands that the church can be a force of positive transformation having grown up in communist Poland and witnessing the impact of (St.) John Paul II and the Solidarity movement,” said Father Jack Wall, president of Catholic Extension.

“That conviction is what took him as a missionary priest from Poland to Peru early in his priesthood, then later from post-apartheid Africa to Alaska, in the Diocese of Fairbanks where he has faithfully served nearly two decades,” the priest said in a Sept. 28 statement.

Father Jaszek currently serves the Native Alaskan villages of the remote Yukon-Kuskokwim Delta region, along the coast of the Bering Sea. Out of his 19 years of missionary work in the Diocese of Fairbanks, Father Jaszek has spent 14 of them living among the Yup’ik people.

He is one of just a handful of priests ministering in the Fairbanks Diocese, which geographically is the largest U.S. diocese.

Catholic Extension and its donors have supported the Catholic presence in Alaska for 115 years by helping fund essential ministries in Alaska’s remote villages, including Father Jaszek’s ministry.

A Chicago-based papal society founded in 1905, Catholic Extension raises funds to help build up faith communities and construct churches in U.S. mission dioceses, which are rural, cover a large geographic area, and have limited personnel and pastoral resources.

Father Jaszek grew up in Poland under Communist rule. As a teenager, he felt a call to serve in the missions. Unfamiliar with missionary religious organizations, he applied to his local diocesan seminary, the Metropolitan Major Seminary in Lublin, in 1983. The seminary is part of the Catholic University in the Archdiocese of Lublin.

As Father Wall mentioned in his statement, the Solidarity movement in Poland strengthened during the future priest’s formation. Polish citizens, grounded in their faith and desire for independence, worked to demolish the communist government.

St. John Paul, newly elected as pontiff, returned to his Polish homeland in 1979 and his groundbreaking visit gave strong impetus to the movement.

“The church was the only force that was able to contradict the lies that communism spread about the dignity of workers, about the value of work, about the freedom of the people, about the right to choose their leaders,” Father Jaszek said. “The church was actually the place where people could feel free.”

During his nearly two decades in Alaska, Father Jaszek has dedicated himself to developing relationships founded in trust and respect by becoming immersed in the Yup’ik traditions.

The Yup’ik people mostly survive on a subsistence lifestyle — fishing, hunting and gathering food to eat, according to Catholic Extension.

Father Jaszek learned the ways of the Yup’ik, to better understand their reality and more effectively communicate the Gospel. He learned how to hunt, fish, forage for berries, and how to plan ahead and prepare in an area with unpredictable weather events.

In its news release announcing the priest as the Lumen Christ winner, Catholic Extension said that “with open arms, he invites people to deepen their relationship with God while affirming the spirituality and culture of his flock.”

“The spiritual care shown by Father Jaszek was desperately needed when the pandemic hit the area. In this region, falling victim to the virus is especially dangerous due to the lack of easily accessible hospitals,” the release said.

“The pandemic also disrupted the fishing season, the primary source of income for the people,” it added.

Over the past year, Father Jaszek “spent countless hours counseling people over the phone and grieving with bereaved families unable to bury their dead while the ground was frozen solid,” Catholic Extension said. “His deep love and caring for those he serves has made him a much beloved member of the community.”

Accompanying the Lumen Christi Award is a $50,000 grant directed to Father Jaszek and his ministry.

PREVIOUS: Migrants, advocates gather at border, call on Biden to ‘save our asylum’

NEXT: St. Joseph, protector of Holy Family, is model for 2021 Respect Life Month