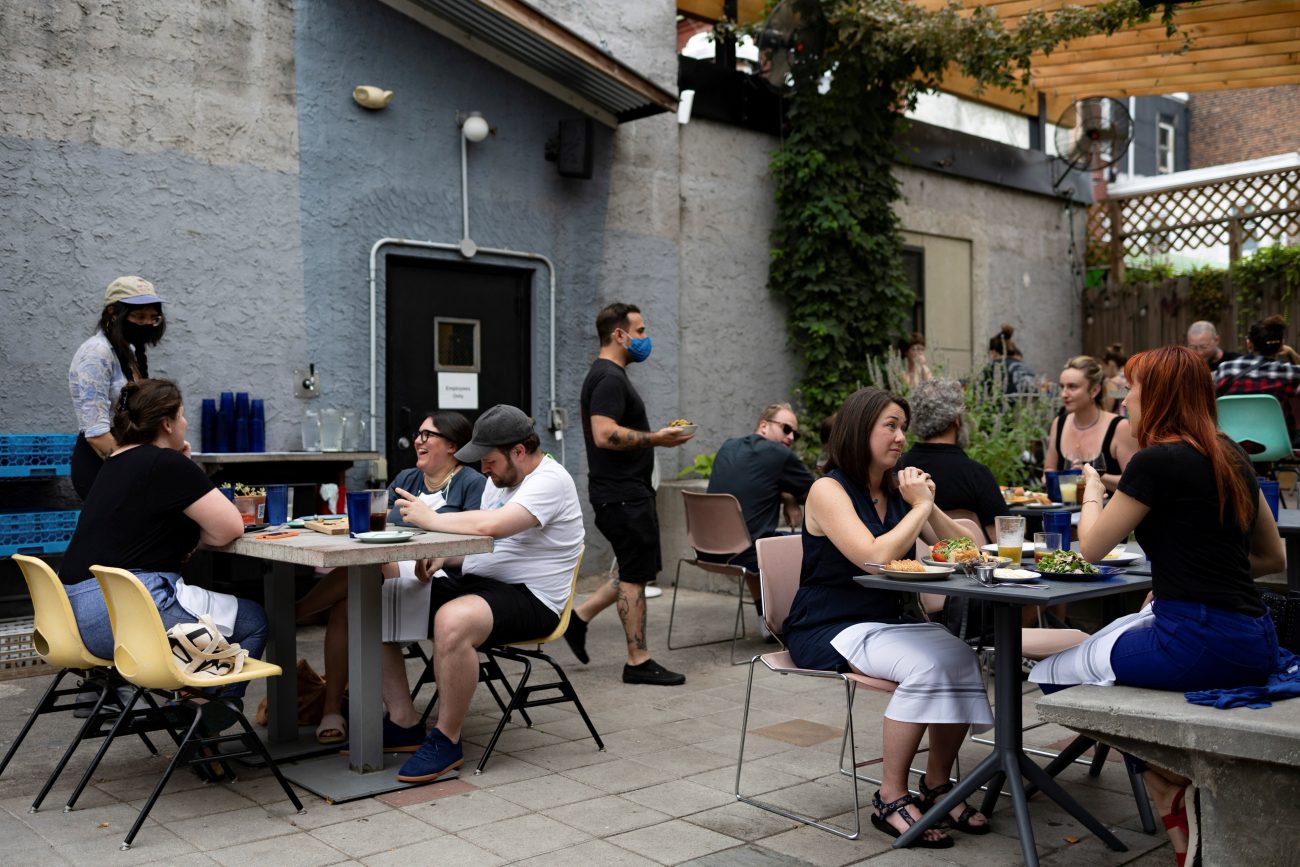 People in Philadelphia eat at a restaurant Aug. 7, 2021, amid the coronavirus pandemic. (CNS photo/Hannah Beier, Reuters)

As long as the mandate allows exemptions for religious, medical or disability reasons, then it is expected to survive legal challenges, the experts from three Catholic law schools told Catholic News Service.

“He’s absolutely within his powers,” Lawrence O. Gostin, professor of global health law at Georgetown University Law Center, said. “He’s used very limited but clear powers in all the things he’s trying to do (to control spread of the coronavirus).”

Elizabeth Pendo, professor of law at the St. Louis University School of Law, said the federal government “has authority to create rules to keep workers safe.”

“The Occupational Safety and Health Administration is tasked with keeping workers safe. That’s where the authority comes from,” Pendo explained.

OSHA was established to carry out the requirements of the Occupational Safety and Health Act of 1970. The law protects employees from known workplace hazards such toxic chemicals and frayed wiring. The rule would last six months and then would have to be replaced by a permanent directive. 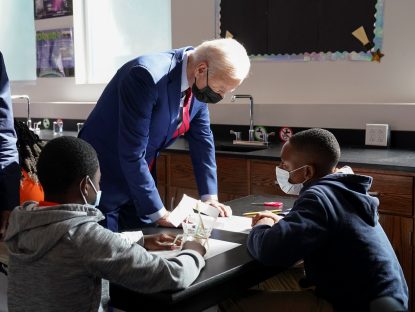 The Biden plan extends beyond businesses. It calls for all employees at health care facilities that accept Medicare and Medicaid reimbursements to become vaccinated. It also pertains to all federal workers, Head Start staffers, Department of Defense schools and Bureau of Indian Education-operated schools for Native Americans.

Mercy Sister Mary Haddad, president and CEO of the Catholic Health Association of the United States, voiced support for Biden’s decision to require vaccinations for staff at Medicare- and Medicaid-certified health care facilities.

In a Sept. 9 statement following Biden’s announcement, Sister Haddad said many CHA members already require the vaccines, “recognizing they are necessary to protect patients, their staff and the entire community from the virus.”

“CHA and our members are committed to promoting the common good and believe getting the COVID-19 vaccine is part of our moral obligation to care for one another,” she said.

OSHA officials are drafting rules regarding the Biden mandate. They are expected to be released in the coming weeks.

As long as the OSHA rules include medical and religious exemptions, they should survive any legal test, said Jennifer Oliva, director of the Center for Health and Pharmaceutical Law at Seton Hall University School of Law.

Such exemptions are protected under the federal Civil Rights Act of 1964, which requires employers to make reasonable accommodations for employees who object to work requirements because of “sincerely held” religious beliefs.

Even before Biden announced the vaccine mandate, private sector employers of all sizes began requiring workers to be vaccinated against COVID-19. Others have joined in since the president’s announcement.

As such mandates in workplaces took hold even before Biden’s announcement, employees in both the private and public sector have increasing sought exemptions from vaccination, citing a religious belief.

It remains uncertain how the mandate will play out in large religious and nonprofit organizations. The legal experts said they believe the mandate will apply as long as the exemptions are in place.

As an employer of more than 100 people, the U.S. Conference of Catholic Bishops would fall under the vaccination mandate or weekly testing requirement. Chieko Noguchi, USCCB spokeswoman, declined comment on the Biden plan.

Despite the strong legal footing, the public health experts said they expect lawsuits challenging the mandate to be filed.

“A lot of Republicans have said it’s an overreach and it’s unconstitutional,” Gostin said. He described any lawsuit that may challenge a vaccine mandate as “frivolous” and “entirely unjustified.”

“The courts, if they follow the rule of law, they should strike them down,” he said.

Gostin added that religious employers may object to a vaccine mandate altogether, citing religious freedom, as they have regarding health insurance coverage for contraceptives and abortion under the Affordable Care Act.

“It’s possible the Supreme Court might intervene, but it seems to me this (pandemic) is entirely different than abortion,” Gostin said.

Oliva said any legal challenge will likely hinge on the OSHA rules.

“What helps the federal government here is the fact they are allowing the testing as an alternative and you didn’t have to get the vaccine. It’s what we would view as less burdensome,” Oliva explained.

NEXT: Bishop Pilla dies at 88; he led church efforts to unify Clevelanders