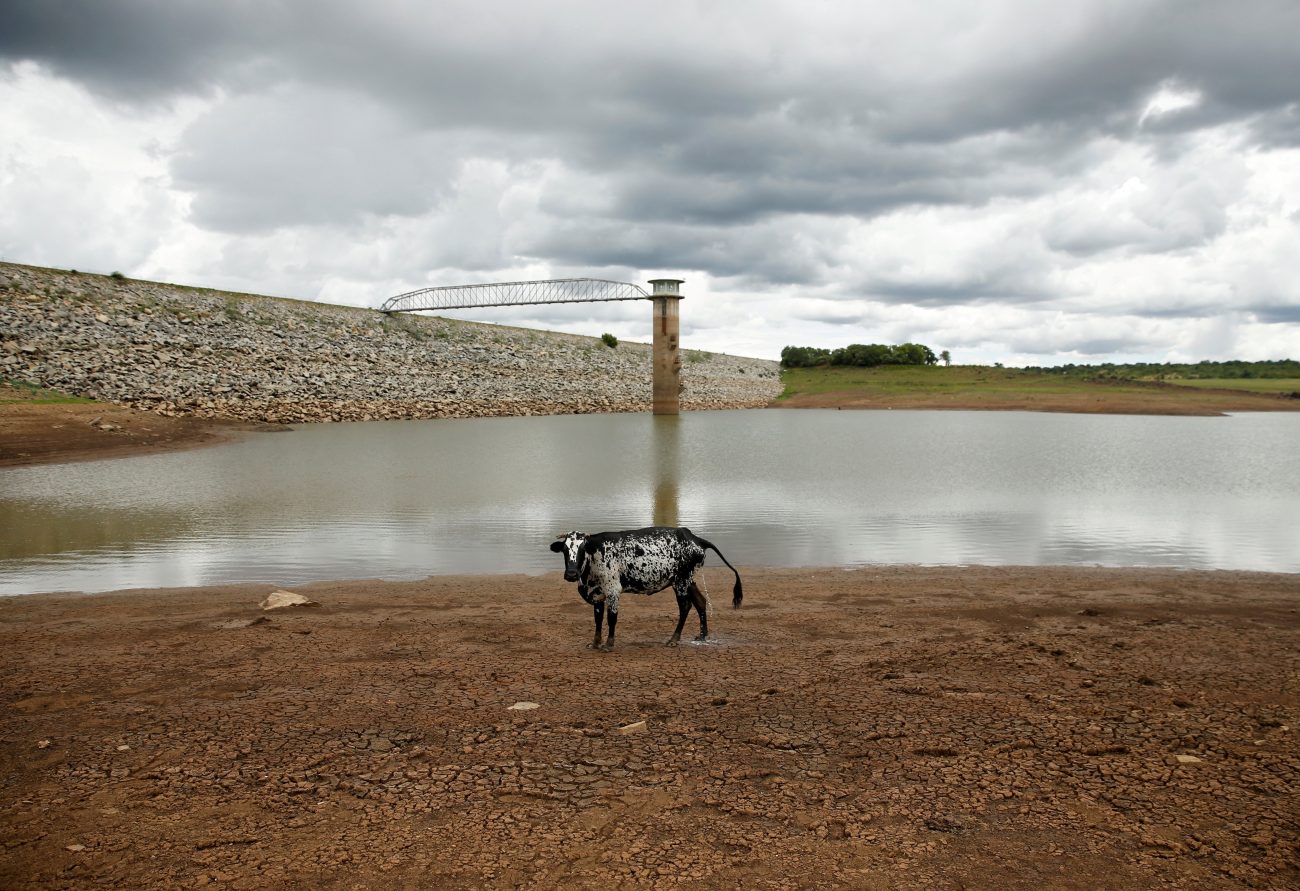 A cow stands on caked mud before a small patch of water at a dam as the region deals with a prolonged drought near Bulawayo, Zimbabwe, Jan. 18, 2020. Pope Francis plans to attend the U.N. Climate Change Conference in Glasgow, Scotland, in November. (CNS photo/Philimon Bulawayo, Reuters)

VATICAN CITY (CNS) — Pope Francis said he plans to make several papal trips before the end of the year, including to Scotland in early November to attend the U.N. Climate Change Conference.

During an interview broadcast Sept. 1 with COPE, the radio station owned by the Spanish bishops’ conference, the pope was asked if he planned to attend the meeting, known as COP26, in Glasgow.

“Yes, in principle, the plan is that I go,” he said. “It all depends on how I feel at the time. But in fact, my speech is already being prepared, and the plan is to be there.”

Pope Francis is expected to host about three dozen religious leaders from around the world at a meeting at the Vatican and in Rome Oct. 4 in preparation for the summit.

Speaking to a group of Orthodox clerics June 28, Pope Francis said he was looking forward to an October meeting with Orthodox Ecumenical Patriarch Bartholomew of Constantinople, an early leader in the Christian ecology movement.

The pope was also asked by COPE about a possible visit to Santiago de Compostela, Spain, to mark the Holy Year, also known as the Jacobean Year.

The Holy Year is celebrated in Compostela in years when the July 25 feast of the apostle falls on a Sunday. The most recent Holy Year was observed in 2010. For centuries, pilgrims have traveled along the famed Camino de Santiago, a large network of ancient pilgrim routes stretching across Europe and coming together at the tomb of St. James the Great.

Pope Francis said he spoke to the president of the Xunta de Galicia, the government authority of the region where Compostela is located, and told him he “would think about the matter.”

However, the pope said that when it comes to visiting European countries, he prefers going to “small countries.”

“First, it was Albania and then all the countries that were small,” he said of his past visits in Europe. “Now, Slovakia is on the program, then Cyprus, Greece and Malta. I wanted to take that option: first to the smaller countries.”

He also noted that when he visited Strasbourg, France, in 2014, it was a one-day trip solely to address the European Parliament and the Council of Europe.

Before visiting Slovakia Sept. 12, Pope Francis will visit Budapest, Hungary, for seven hours. He will preside over the closing Mass of the International Eucharistic Congress.

The pope is also scheduled to meet with Hungarian Prime Minister Viktor Orbán, a conservative who has often found himself at odds with the pope, particularly when it comes to immigration.

When asked what he would tell Orbán, the pope said he preferred “not to go around with a script” and that when he is in front of someone, “I look him in the eyes and let things come out.”