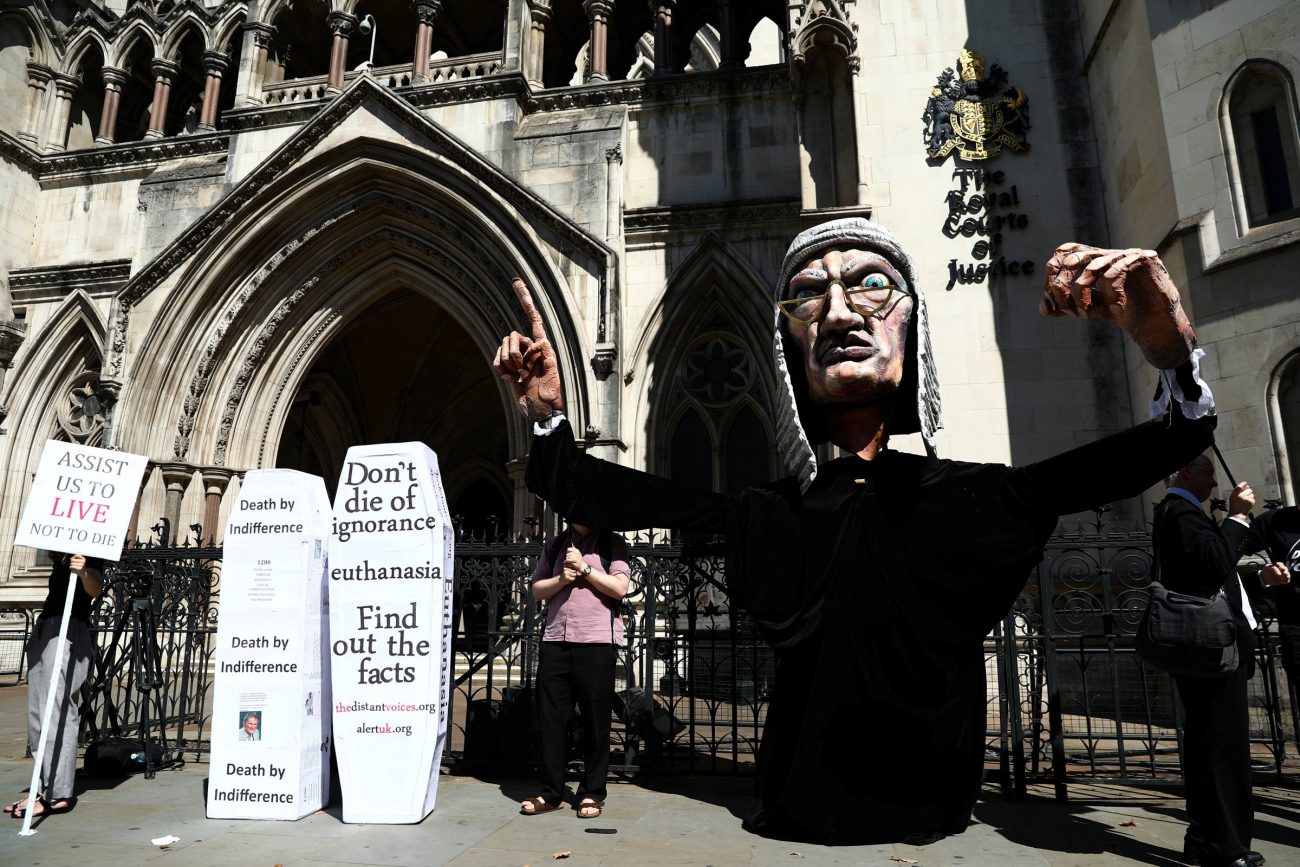 MANCHESTER, England (CNS) — Safeguards written into Oregon’s 1997 Death With Dignity Act, which legalized assisted suicide in the state, are “not being followed,” a U.S. doctor told British politicians during a Zoom hearing on Britain’s Assisted Dying Bill.

“The failures are brutal,” Dr. Brick Lantz, an Oregon physician and the Oregon state representative for the American Academy of Medical Ethics, told an audience of about 90 members of Parliament and peers. As an example, he cited the frequent problem of drugs not working as intended.

He said patients often took days to die from experimental cocktails of the drugs, with one man waking from a coma “after multiple days” and, in another case, a nurse putting “a plastic bag over the head of the patient because the patient wouldn’t die.”

In a Sept. 7 Zoom conference, U.S., Canadian and Belgian doctors urged British politicians to reject the new bill to legalize assisted suicide. They each told how assisted suicide or euthanasia laws in their own countries were damaging palliative care, destroying trust between doctors and patients, causing the marginalization and bullying of dissenting physicians, and putting the lives of vulnerable patients at increased risk.

Lantz said assisted suicide “was legalized as a means of ending suffering at the end of life, but it targets unfairly those with disabilities, those with untreatable conditions, people with depression and other mental illnesses. … I would call it elder abuse and disability abuse. It is substandard care and it discriminates,” he said.

Indian-born Dr. Satya Chandragiri, an Oregon psychiatrist of 32 years’ experience, was equally scathing in his assessment of the law, describing the practice of assisted suicide “as a runaway train.”

“Please do not allow this as an option in your country,” he said, adding that he was particularly concerned by data that suggested between a quarter and a half of patients seeking access to lethal drugs were not terminally ill but were individuals suffering solely from depression.

The doctors were invited to speak by the All Party Parliamentary Group for Dying Well, a group of politicians opposed to the Assisted Dying Bill, which will receive its second reading in the House of Lords Oct. 22. It is likely to pass unopposed and next year will reach the House of Commons.

The current debate in the media is heavily biased toward assisted suicide, so the doctors were invited to speak about their negative experiences.

The following day, Sept. 8, the Catholic bishops of England and Wales wrote to the laity, encouraging them to pray for the defeat of the bill and to ask politicians to speak and vote against it.

Dr. Leonie Herx, past president of the Canadian Society of Palliative Care Physicians, warned the politicians, “Administering death is cheaper and easier than providing care, and it will quickly become the solution for any form of human suffering, as we have seen in Canada.

“It is not a slippery slope, it is a logical progression,” she said.

Herx said that within five years of the introduction of euthanasia into Canada, the categories of people who qualified for death at the hands of their doctors had broadened widely and will soon encompass nondying disabled people and the mentally ill. Campaigners are also pressing for the law to be applied to children. Numbers of euthanasia deaths continue to soar, she said, as Medical Assistance in Dying is actively promoted to patients.

At the same time, Herx added, good-quality palliative care in Canada is being radically undermined along with the conscience rights of medical professionals.

She said there was now “significant bullying and marginalization within medicine and institutions for those who are not championing euthanasia.”

“In my experience there is not a day that goes by now when doctors are not facing an ethical dilemma or moral distress about euthanasia. It’s exhausting and demoralizing. Many colleagues have stopped practicing palliative medicine because of this,” she said.

“I keep going by knowing that patients who do not want euthanasia will not have options for care if we all leave.”

Two doctors from Belgium from Belgium addressed the conference: Benoit Beuselinck, an oncologist, and Timothy Devos, a hematologist, both of whom practice in the city of Leuven.

Beuselinck explained that the Belgian euthanasia law of 2002 was supposed to be limited to patients suffering unbearably from a terminal illness, but in recent years the medical context has been extended to incorporate a subjective, existential understanding of suffering so that euthanasia can be applied for the most trivial of complaints.

“My feeling is that we have replaced solidarity with autonomy and care by death,” he said.

Devos said many Belgian doctors were now afraid to propose palliative care in case they were accused of erecting a barrier to euthanasia and infringing the legal rights of patients who seek it.

“Nobody cares about the mental and emotional” toll euthanasia takes on doctors, he said, with many privately complaining of a prolonged anguish or “survivor syndrome.”

He quoted François Trufin, a palliative care nurse, writing in “Euthanasia: Searching for the Full Story,” a book Devos edited. Trufin described how one doctor’s “eyes filled with tears as he confessed that some nights he wakes up in sweat, seeing the faces of the very people he has euthanized in front of him.”

Devos said: “Be aware that once the door of assisted suicide/euthanasia opens, it will always open more. That’s the way it has gone in Belgium and in all the countries, without exception, where euthanasia has been legalized. You would be deluding yourselves if you imagined that it would be any different in the U.K.”