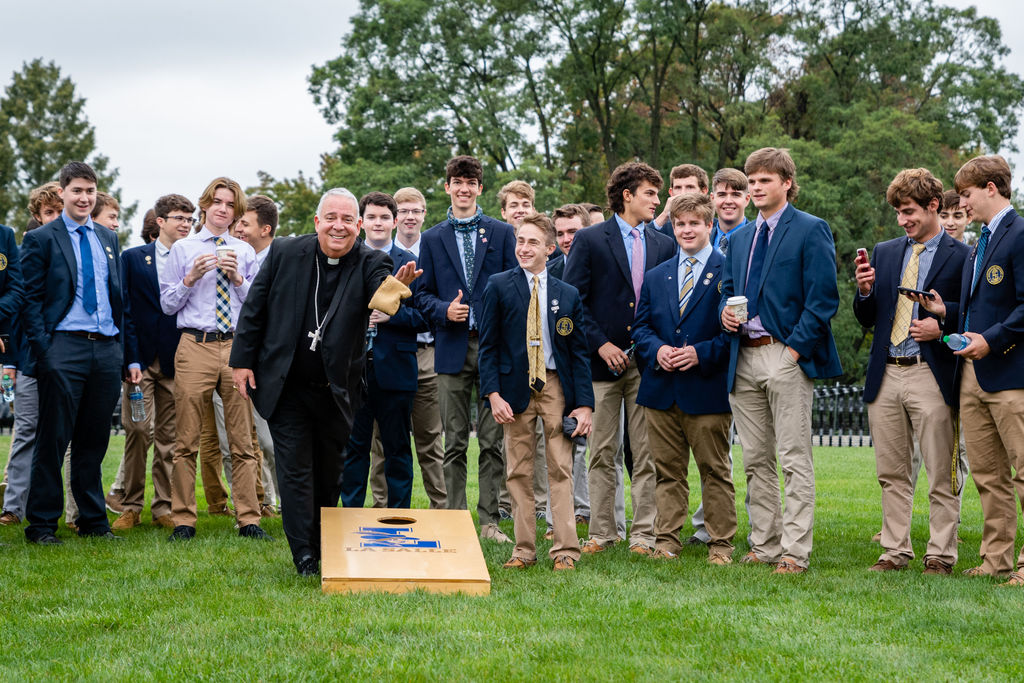 Amidst a sea of blue blazers and khaki pants, Archbishop Nelson Perez stood out in more ways than one as he visited La Salle College High School in Wyndmoor, Montgomery County Oct. 6.

Prior to the Mass he celebrated on the football field, the archbishop was visibly impressed by a tour of the school’s top-notch facilities.

(See an extensive photo gallery from the visit, here.)

La Salle’s 1,100 all-male student enrollment, served by 121 faculty plus staff led by the Brothers of the Christian Schools, makes it the largest Catholic school in the Philadelphia region.

The physical plant of La Salle appears as a modern, small college campus, upgraded as recently as 2008 and rededicated that year by Cardinal Justin Rigali.

From the carpeted classrooms with video screens, the robotics lab, television studio, e-sports computer suite, swanky café, extensive library and expansive synthetic athletic fields to the numerous clubs and arts programs, the outward blessings were apparent to the archbishop from the moment a brass band greeted him as he drove up to the main entrance.

But most impressive was the character of young men proud of their school, of one another, and the values they were learning, including politeness. One earnest student nervously greeted his guest, “Mister Archbishop.”

During his homily at Mass, Archbishop Perez alluded to the blessings the young men enjoy at La Salle, and the duty of expressing gratitude for those gifts. 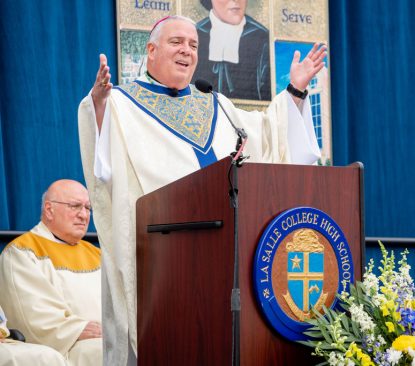 “My prayer for today is that you will pause for a moment as you walk these halls and these fields that have become part of your life every day, and you probably take it for granted, and take a good look around you,” he said, “that your hearts will be filled with profound gratitude.”

He hoped they would be grateful “for the gift that is being given to you every day. A gift that for you personally is free of charge – maybe not for your parents. It is just gift,” he said.

Noting the vision of St. John Baptist de La Salle in establishing the Christian Brothers and inspiring their mission of education and formation since the 17th century, Archbishop Perez wondered what St. John would say “if he would visit here today, and walk around this unbelievable campus that looks a lot more like a college than it does a high school,” he said.

“That spirit of St. John has been carried forth in the hearts of the brothers that is now being handed on to you.”

Archbishop Perez reminded the young men that during their time at La Salle they “were in the presence of God.” He taught them about the “ultimate prayer” of thanksgiving, the Eucharist, and through that sacrifice it is Christ who prays for us to the Father.

“He’ll love you and save you,” the archbishop said. “But it does come with a catch. You to whom much has been given, much will be asked for. You’ve been blessed to come to a place like this to learn so that you can serve – not just yourself but the people God will place on your path. He has big plans for you.”

In the Mass’s entrance procession Archbishop Perez walked down the 50-yard line of the football field for the first time anywhere. He told the students that although he is in the proverbial fourth quarter of his life, they are early in the game of their lives.

Students reflecting on the archbishop’s visit exuded excitement, of course, as well as pride in the camaraderie they share every day.

Senior Alex Sorgini of Visitation B.V.M. Parish in Trooper looked across the field at the assembled students, faculty and numerous alumni attending the Mass.

“It’s amazing. It just shows how close a community we really are and how we can unify around a special visit like this,” he said.

Sorgini, hoping to extend his current involvement in La Salle’s speech and debate team, his leadership in the school’s community outreach efforts and following his favorite courses in AP government, plans to pursue a political science degree in college beginning next year.

Of his schoolmates, Sorgini said they were “a really special group that although we may be large in number, it really feels like a very closely connected community.”

For sophomore James Reitmeyer of Our Mother of Cons Parish in Chestnut Hill, the closeness of the La Salle community was a major advantage last year during the height of the pandemic.

“For me it was a very difficult year but La Salle was a very welcoming community and it really helped during COVID when everyone had to quarantine, to be in a welcoming and friendly community,” said Reitmeyer, who enjoys playing on his school’s squash and rugby teams.

“I think it’s really special that the archbishop would come to La Salle,” he added. “It’s our first chance to have an all-school Mass in a while.”

While many seniors enjoying an outdoor lunch with Archbishop Perez said they foresaw careers in business, most graduates pursue college studies in an engineering field, according to administrators.

One trait they all seemed to share was supreme confidence, perhaps another of the gifts bestowed at La Salle.

Senior Ryan Gregg of Mary, Mother of the Redeemer Parish in North Wales, who is involved in the school’s investment club and film club, said he is “looking at finance and financial analytics” in his future career. “I want to go into an investment firm.”

As friend after friend sat down with him to enjoy chicken nuggets, Gregg reflected that La Salle is “a great school” in which “the brotherhood really stands out. I don’t know any other school with a bunch of guys like this.”

“There’s an aspect of brotherhood here that you don’t see anywhere else,” he said. “It’s tough to understand until you come to witness it, as the archbishop is. The spirit that encompasses the school is one like no other.” 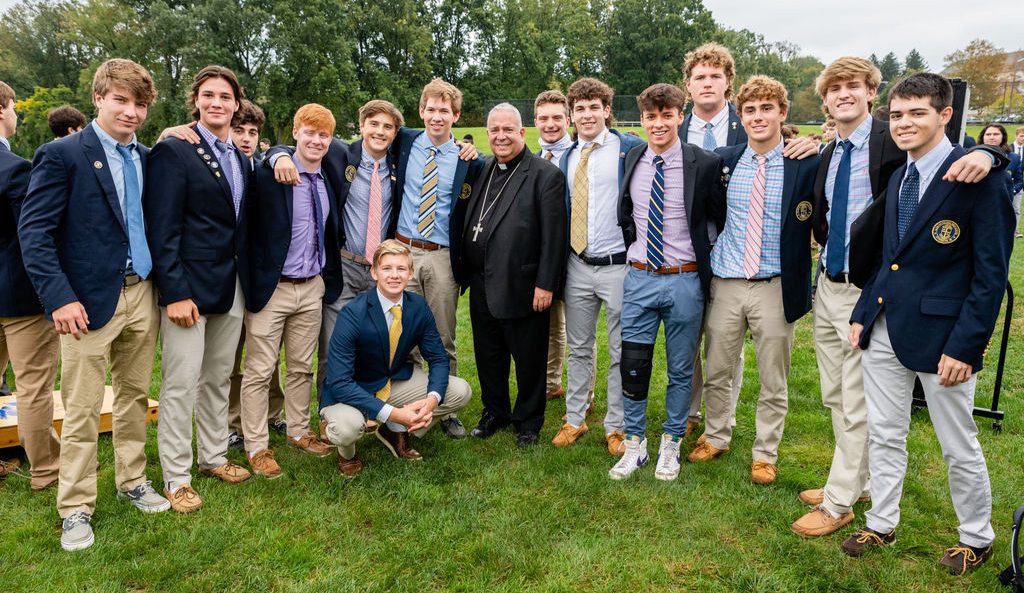 NEXT: Broad Street glows as police, priest brighten the night for sick kids