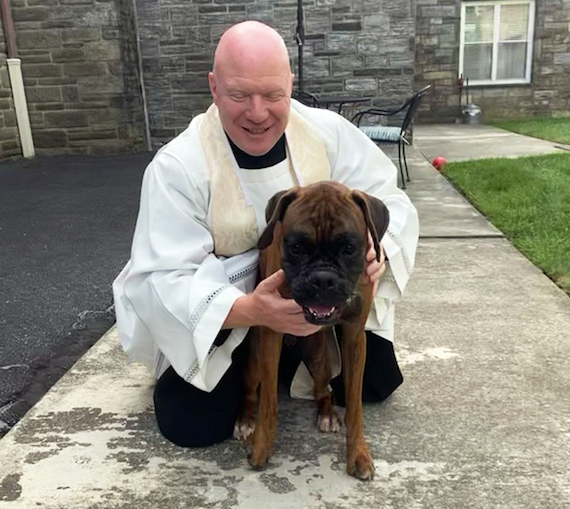 Four-footers lined up this past weekend for a sprinkling with holy water, as several archdiocesan parishes held their annual Blessing of the Animals to mark the Oct. 4 feast of St. Francis of Assisi.

(View photos from several parish blessings of the animals.)

From Oct. 2-3, dogs, cats, hamsters, guinea pigs, turtles and even a few rats gathered with their owners at parishes such as Sacred Heart in Royersford, St. Joseph in Warrington and St. Matthew and St. William, both in Philadelphia.

With his profound sense of creation as a witness to God, St. Francis of Assisi was named the patron saint of ecology by Pope John Paul II in 1979.

At the same time, blessings of animals and pets became increasingly popular in the U.S., with “hundreds, if not thousands” taking place annually by the early 21st century, according to Laura Hobgood-Oster, professor of religion at Southwestern University. 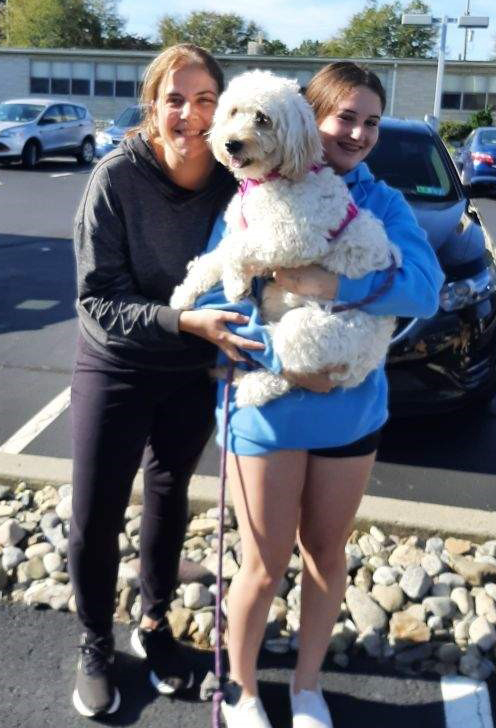 Parishioners of Sacred Heart in Royersford carry their dog to an Oct. 2 blessing of the animals. (Christine Klag/Sacred Heart Parish)

For Catholics, such efforts flow from a recognition that “animals are God’s creatures” who “by their mere existence … bless him and give him glory” (Catechism of the Catholic Church, 2416).

As a result, “men owe them kindness” and “should recall the gentleness with which saints like St. Francis of Assisi and St. Philip Neri treated animals” (CCC, 2416).

“God made all creatures, and this blessing is a way to give protection to our pets that we love,” said Klag, who said Saturday’s blessing drew some 45 people and 25 animals.

The gathering was also a chance for pet owners to enjoy some fellowship, she added.

“We were able to safely bring people together outside and celebrate the feast of St. Francis,” said Klag. “People love their pets.” 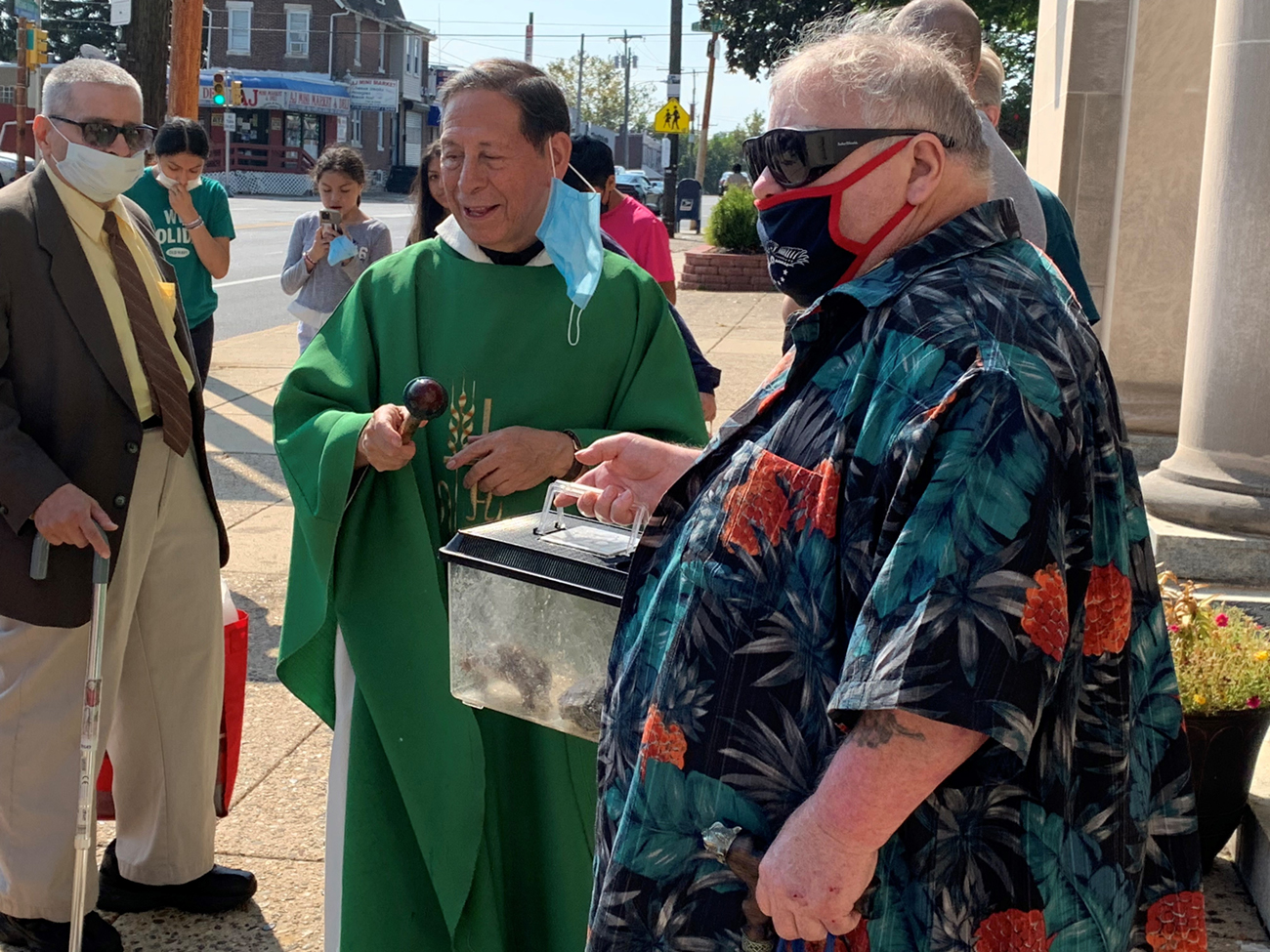 NEXT: Local faithful send messages of thanks to priests