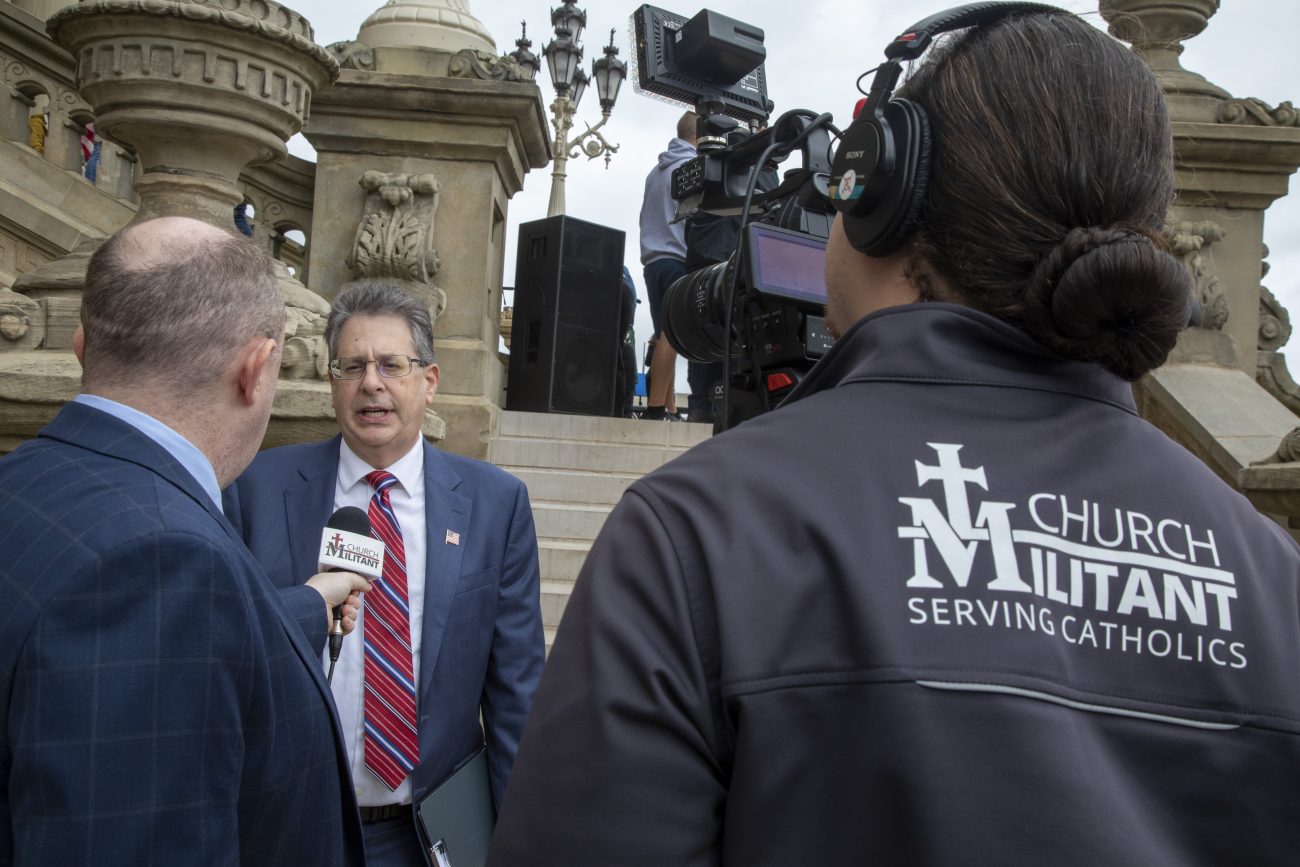 BALTIMORE (CNS) — U.S. District Judge Ellen Hollander ruled late Oct. 12 that the Michigan-based St. Michael’s Media, also known as Church Militant, can have the Nov. 16 rally it wants to hold in a city-owned waterfront pavilion near the hotel where the U.S. bishops’ will meet Nov. 15-18.

The Catholic advocacy group known for its critical comments about Catholic leaders filed a lawsuit in federal court after the city of Baltimore canceled the event.

Hollander issued an injunction reversing the city’s decision to cancel the event.

In response, the city of Baltimore has filed an appeal with the 4th U.S. Circuit Court of Appeals, based in Richmond, Virginia.

St. Michael’s Media said Oct. 13 it filed a motion to hold Baltimore in contempt for violating Hollander’s order after being told by the contractor for the pavilion that it is in “a holding pattern and not allowed to execute the contract.”

In its original lawsuit filed with Hollander’s court, Church Militant argued that in denying approval for the rally city officials violated the organization’s First Amendment rights guaranteeing free speech, the right of assembly and the free exercise of religion. The group said the city had engaged in “viewpoint discrimination.”

The city said in a court filing that it instructed the contractor that operates the pavilion to cancel the event “out of legitimate fear that it would incite violence in the heart of downtown Baltimore.”

The city also argued the Baltimore Police Department was already understaffed and would be seriously challenged to respond to violence that might result from the event.

Among the speakers Church Militant has promoted for the event is far-right polemicist Milo Yiannopoulos.

The city said Yiannopoulos’ appearances elsewhere have attracted large crowds and counterprotesters, and have led to violence and property damage.

Church Militant’s lawsuit also noted that when Michael Voris, founder and CEO of St. Michael’s, spoke with City Solicitor James Shea about the cancellation in mid-August, Shea told Voris that he had seen reports that St. Michael’s had “ties” to the Jan. 6 violence at the U.S. Capitol.

“Mr. Voris immediately told Shea that this was categorically false and asked for the source of such reports. Shea responded that he had not found any such reports himself, but that unspecified ‘people’ had told him such reports were widely available on the internet,” the lawsuit said.

Hollander in her 86-page decision said the city “essentially invoked or relied on the heckler’s veto” in “thwarting the rally.”

“And, in doing so, it exercised complete, unfettered discretion; it acted on an ad hoc basis, without any standards. Further, it has presented somewhat shifting justifications for its actions, with little evidence to show that the decision was premised on these justifications.”

“The city cannot conjure up hypothetical hecklers and then grant them veto power,” she said.

Hollander said that the city had not shown “there was no less restrictive alternative to an outright ban on the rally at the Pavilion.”

She acknowledged that the city “raises an understandable concern about being forced to host any group that desires to use the pavilion, regardless of the potential for disruption.”

“To be clear, nothing in this opinion is meant to prevent the city from lawfully restricting or limiting access to the Pavilion,” she said. “But, such a decision must be viewpoint neutral. I conclude that plaintiff is likely to succeed on the merits with regard to the claim that the city violated its rights to free speech under the First Amendment.”

Hollander’s decision focused on the Church Militant’s claim the city violated its First Amendment rights to free speech and assembly in canceling the rally.

She did not address the group’s claim its right to free exercise of religion was violated.

She said only that at the hearings in the case Sept. 30 and Oct. 1, the plaintiff’s counsel “seemed to concede that its claims based on” the First Amendment’s Free Exercise Clause and Establishment Cause “are weak. … Indeed there is no evidence to support these claims.”

She said the city was justified in asking for “a meaningful bond” to cover “any harms” that could result if the rally results in disruptions and violence. She set a bond of $250,000, and noted Church Militant said it had taken out a $2 million insurance policy for the event.

Church Militant held a rally at the same pavilion during the bishops’ meeting in November 2018 without incident. About 300 attended the rally, far fewer than the group originally projected.