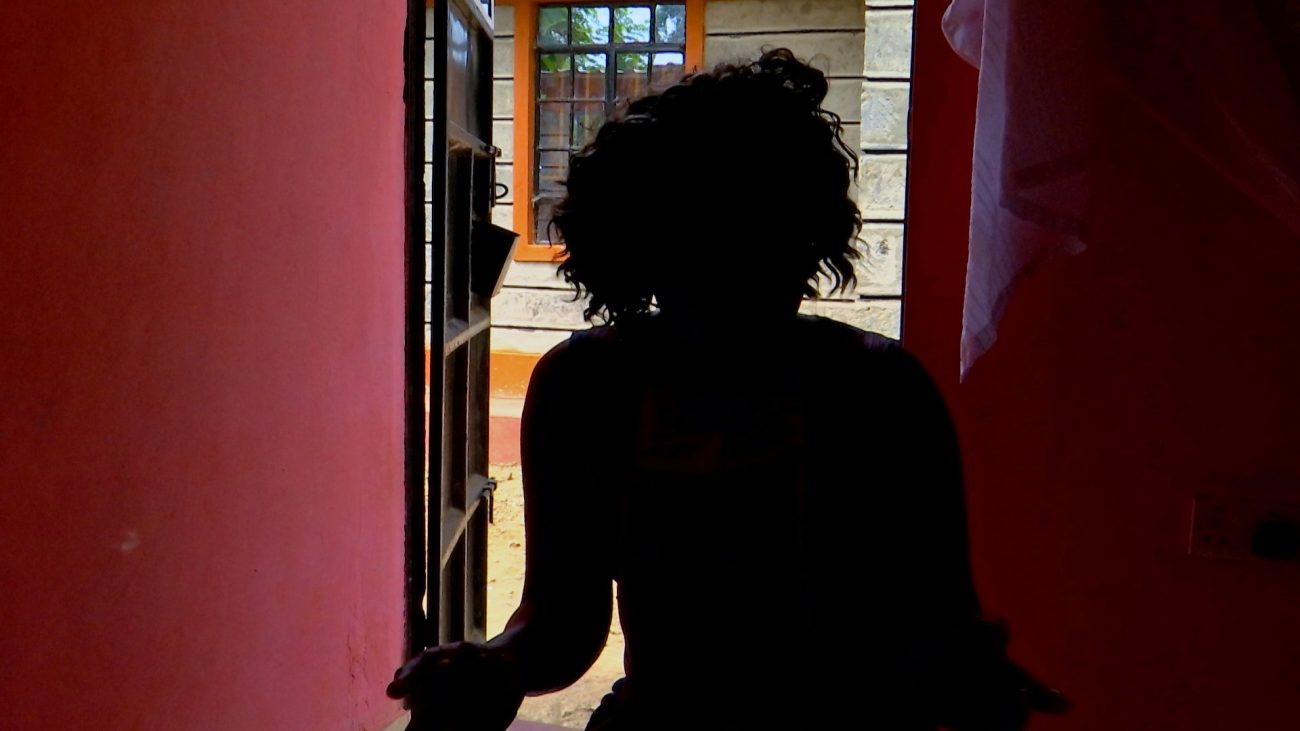 A suspected victim of human trafficking is seen in this illustration photo. (CNS photo/Jackson Njehia, Reuters)

WASHINGTON (CNS) — Joyce McCauley-Benner said when she was growing up, she had “no notions or dreams” that one day she would become an advocate for victims of sex trafficking.

Nor did she ever dream she would manage a domestic violence shelter or a utility assistance program or the many other things she has done for 20-plus years as an advocate for vulnerable populations, including domestic violence victims and low-income families.

Her “why” for doing this — as she was once asked to explain — comes from her own trauma of being raped years ago and from the stories of victim-survivors of sex trafficking she has met and helped in her work, she told an audience at The Catholic University of America in an address the evening of Oct. 13.

Her appearance was sponsored by Cardinals for Life, the campus pro-life group.

McCauley-Benner, a speaker with Feminists for Life, told the audience that “there isn’t one magical solution” to end sex trafficking. “It will take a multifaceted approach.”

“We have to address the drug epidemic that often causes broken homes. We have to end the over-sexualization of our children, teen’s and women’s bodies,” she said. “We must address why the demand is so high — and realize that this may implicate those in power who we seemingly want to trust but equally implicates loved ones we may actually know. This is a hard pill to swallow.”

Her “why” for her advocacy “became a combination of many life events, but one night stands out,” she said.

“I was working two jobs to support myself during college. One of my jobs was at a restaurant,” she recalled. “One night, seemingly out of the blue to me, the cook started to make sexual advances toward me. He would push me inside the cooler.

“No matter the number of times I broke free, it would happen again. I didn’t know how to cope with my fear, so I ignored it.”

He would grab her and when he wasn’t doing that, he harassed her verbally, she said. He somehow knew things about her she said she had never shared with co-workers — he knew her neighborhood, where she went to school, her struggles. He promised her things, she said, which she refused. Then one night he raped her.

“My perpetrator wasn’t a trafficker, but he was a dealer, with money,” McCauley-Benner said. “My one horrific night ended. But for so many more women, one night becomes a thousand nights. One perpetrator becomes many more.”

“It became easy for me to understand how the trafficking cycle worked,” she added, noting though that it was many years later when she took the job as a case manager and advocate for women involved in prostitution and trafficking.

“Walking side by side with these women and girls opened my eyes to a world few have seen and no one wants to,” she said.

“The reality,” McCauley-Benner continued, “is that those lines are much more blurred.”

A young girl could be lured into a trafficking ring and “if she is never helped” to get out of it, “she will grow up in it,” she explained. This girl could end up being prosecuted with the pimp if the ring is busted, or she could be kicked out by the pimp, “and having no intervention, may turn to street-based prostitution, which may lead to a life of jail and drugs.”

“The industry is a masterful web that entangles many people,” McCauley-Benner said. “Once in, it’s hard to get completely out and nothing is ever what it seems.”

“Buyers fuel the market, traffickers/pimps exploit, manipulate and control victims, and victims stay caught in a vicious trap,” she said, adding that “social injustice issues are often connected,” and “trafficking and abortion are magnified examples of this.”

Trafficking victims are misidentified for drug abuse, runaway, theft, and other criminal activity, and in the United States if there are no “trafficking-specific shelters” in an area, she said, underage victims are kept in juvenile jail for safety’s sake.

This is called “delinquency response,” she explained, and it only adds to their trauma. Also “further recruiting can take place in the jail,” McCauley-Benner added.

But some states are starting to pass legislation to stop the use of “delinquency response,” and she called for more such measures.

There are “deep issues at play” in sex trafficking, she said, “but one thing is for certain: Women — and girls — deserve better.”

The words of pro-life feminist Elizabeth Cady Stanton, mother of the women’s movement, she said, “continue to resonate and guide us: ‘What remedy is there but in the complete enfranchisement and elevation of women?'”

NEXT: Cardinal Dolan invites faithful to join pope on synodal path to Jesus