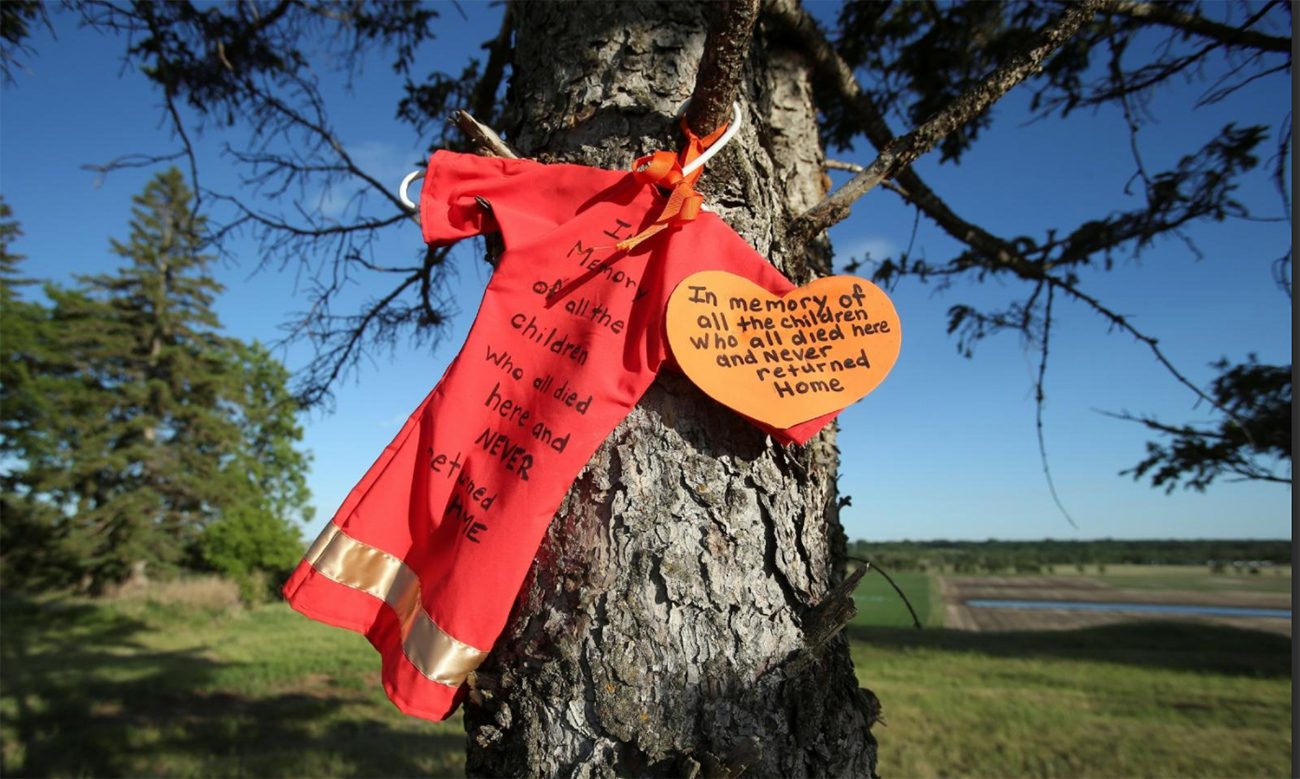 An offering is seen at the site of the former Brandon Indian Residential School June 12, 2021. Researchers -- partnered with the Sioux Valley Dakota Nation -- located 104 potential graves at the site in Brandon, Manitoba. Pope Francis is willing to travel to Canada as part of "the long-standing pastoral process of reconciliation with Indigenous peoples," the Vatican press office said. (CNS photo/Shannon VanRaes, Reuters)

VATICAN CITY (CNS) — Pope Francis is willing to travel to Canada as part of “the long-standing pastoral process of reconciliation with Indigenous peoples,” the Vatican press office said.

The Canadian Conference of Catholic Bishops has invited the pope to visit the country, the press office said Oct. 27, although no date or time frame for the trip was mentioned.

A delegation of Indigenous leaders, accompanied by several bishops, is scheduled to meet with Pope Francis at the Vatican in December to listen to their experiences of how they and their people have been treated by Catholics in Canada, with special attention to the impact on the Indigenous communities of Canada’s residential schools, many of which were run by Catholic religious orders or dioceses.

“Pope Francis will encounter and listen to the Indigenous participants, so as to discern how he can support our common desire to renew relationships and walk together along the path of hope in the coming years,” the bishops’ conference said in a statement after their September meeting.

“We pledge to work with the Holy See and our Indigenous partners on the possibility of a pastoral visit by the pope to Canada as part of this healing journey,” the bishops said.

The statement was part of the first formal apology the bishops as a conference made to Canada’s Indigenous people.

Acknowledging the “grave abuses” perpetuated, the bishops acknowledged “the suffering experienced in Canada’s Indian Residential Schools. Many Catholic religious communities and dioceses participated in this system, which led to the suppression of Indigenous languages, culture and spirituality, failing to respect the rich history, traditions and wisdom of Indigenous peoples.”

In 2015, the Canadian Truth and Reconciliation Commission’s Call to Action asked for such an apology from the entire church in Canada.

It also said: “We call upon the pope to issue an apology to survivors, their families and communities for the Roman Catholic Church’s role in the spiritual, cultural, emotional, physical and sexual abuse of First Nations, Inuit and Métis children in Catholic-run residential schools. We call for that apology to be similar to the 2010 apology issued to Irish victims of abuse and to occur within one year of the issuing of this report and to be delivered by the pope in Canada.”

Archbishop Donald Bolen of Regina, Saskatchewan, who will travel with the Indigenous representatives in December, told Catholic News Service in June that the pope’s involvement is important for many Indigenous people.

First of all, he said, “most Indigenous people, especially Indigenous Catholics, see the pope as the chief,” and “when there is a wound between families, the fathers are engaged in the reconciliation process.”

So, he said, many Indigenous Canadians are looking to the pope “to be connected, to take some ownership and to speak on behalf of the church.”

Asking the pope to make the apology formally on Canadian soil is not an arbitrary request, the archbishop said. “The land is so central to Indigenous spirituality, to meet people on their land is vital in terms of a relationship.”

The residential schools have long been at the heart of discussions and reconciliation efforts between Indigenous Canadians and the Catholic Church. The issue gained urgency in late May when the Tk’emlúps te Secwépemc First Nation reported that using ground-penetrating radar an estimated 215 bodies had been found in unmarked graves at the site of the former Kamloops Indian Residential School, run by a Catholic religious order until 1969. Similar discoveries followed at the sites of other residential schools.