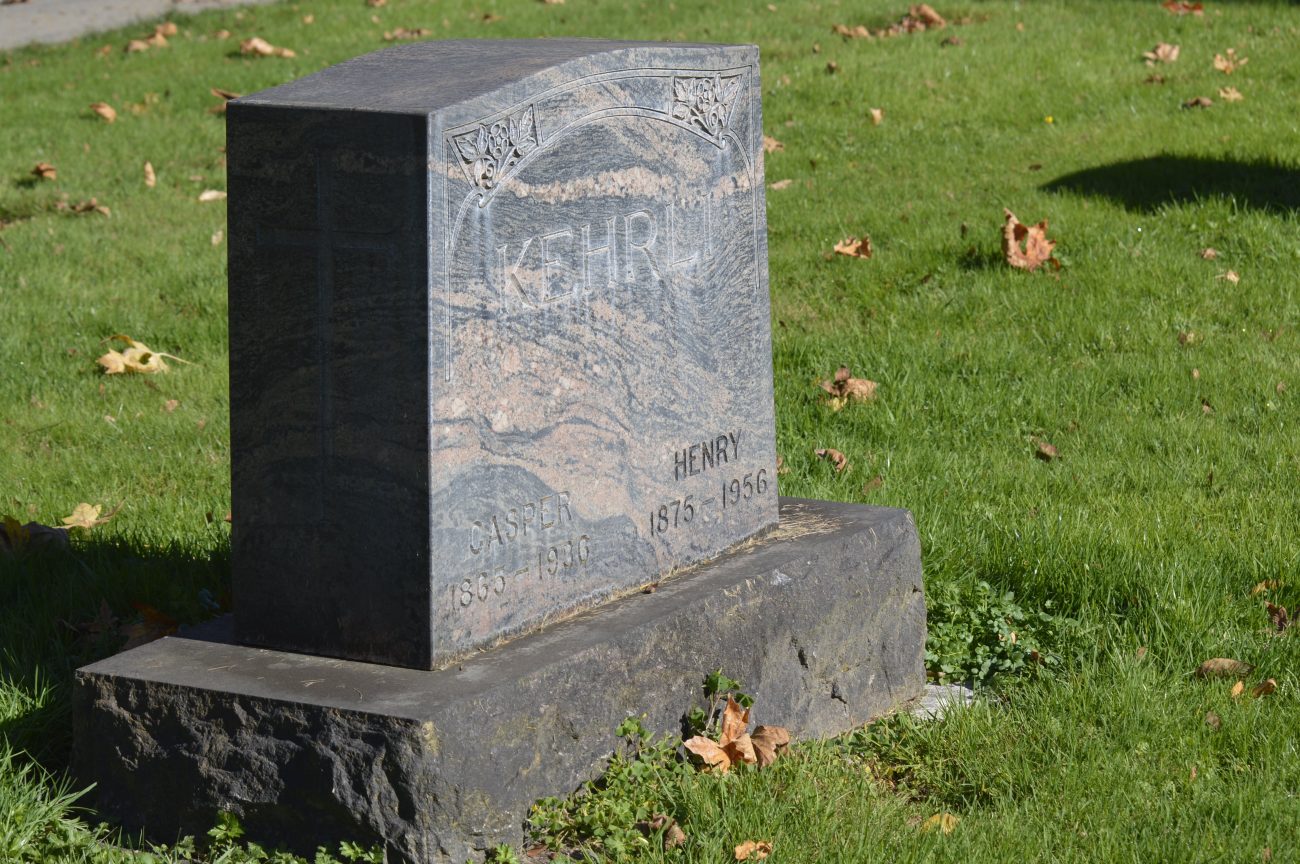 PORTLAND, Ore. (CNS) — For families who’ve lost a loved one, choosing a headstone is one of the final things they do as part of funeral and burial arrangements. The finality of the stone can bring closure.

But for families who have lost someone during the pandemic, getting a headstone has become a long process.

Supply chain issues have “affected the industry quite dramatically,” said Tim Bronleewe, CEO of OM Stone, a Hillsboro, Oregon, company that serves many Catholic cemeteries. “What used to take us 60 to 90 days now takes us six to nine months.”

“It’s making people very mad,” he told the Catholic Sentinel, newspaper of the Archdiocese of Portland.

“Generally, people think that it’s like ordering a pair of shoes from Amazon — that it’ll be here next week. That’s not how it works at all,” Shields explained. “By the time the memorial is set in the cemetery, about a hundred people have set their hands on it.”

That’s tough for customers to understand. The headstone is a natural product. It has to be cored from the earth, shaped and carved, polished, packaged and shipped. Then it arrives blank at the shop where the artistry is completed before it’s packed up again to be installed.

Shields said customers tell him not to use COVID-19 as an excuse. He also has not necessarily seen an increase in demand in southern Oregon. But the impact of the pandemic can’t be ignored.

“It has been very detrimental to our supply,” he said.

It’s not a single event that’s caused such a delay in headstone production, but a snowballing timeline of issues.

First, factories were closed early in the pandemic for weeks or months causing initial delays. Then shipping containers ended up being stockpiled and not getting back to the ports so the stone could be loaded. Once a shipping container is acquired, the team at OM Stone must find a spot on a ship. Lately, ships with loaded containers have sat outside American ports for one to two months.

“At every point, it’s backlogged,” Bronleewe said. And that’s just the stone coming internationally. The stone coming domestically is also having issues.

Domestic quarries “are so booked, they’re not even taking new customers,” said Bronleewe, adding that if an order can be placed, it takes at least three months to be manufactured.

For both domestic and international stone, freight costs have skyrocketed, especially for containers.

OM Stone carries one of the largest inventories of stone on the West Coast, so they’ve been able to weather much of the delay for clients. Custom orders, however, still take upward of eight months. The company is pushing limits on its stock.

“We put in orders last spring and don’t have the granite yet,” Bronleewe said.

Smaller companies did not have the buffer that OM Stone has, but the company still is not immune to the supply chain issues.

“If this continues and gets worse, we’re going to have the same problems,” he said.

Eric Thomas, a funeral directors and family counselor at Gethsemani Funeral Home in Happy Valley, Oregon, said the time frame for when headstone orders come in to when they’re ready has doubled if not tripled.

“What used to be a four-month window of when supply gets ordered and then delivered is taking eight to 10 months,” he said.

At many cemeteries, temporary markers are not allowed. So what does Thomas recommend to his clients? Patience.

“Everyone gets their granite from the same quarries. So whether you use us and the granite company we use to produce these or another company, they’ll have the same issues with supply,” he said.

One option open to families, however, is to be flexible on the color of the granite.

“If there’s a piece out there that would be a suitable substitute, by all means, it’d be in the best interest of the family — if they really want a marker quicker — to change the color. And we’ve had numerous families do that,” Thomas said.

“Patience and flexibility are the keys depending on how quickly you want your marker to be set on a grave, knowing it will arrive. We don’t forget and we will make sure everything is taken care of.”

Wolf is a reporter with the Catholic Sentinel, newspaper of the Archdiocese of Portland.

NEXT: Infrastructure bill laudable but for abortion funding, bishops say