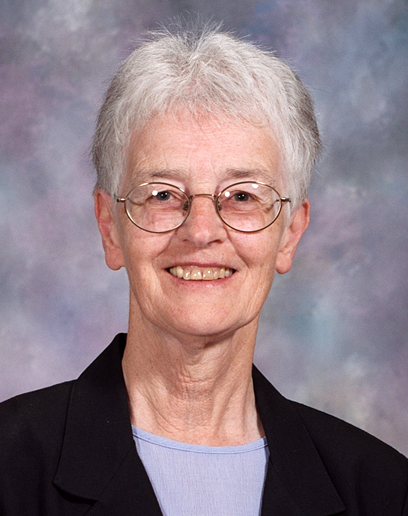 Sister Mary Carmel Molloy (formerly Sister Carmelette), 81, died Oct. 11 in Assisi House, Aston. She had been a professed member of the Sisters of St. Francis of Philadelphia for 59 years.

She was born in Galway, Ireland and entered the congregation in 1959 and professed her first vows in 1962. She earned a BA in English from Marylhurst University, an MA in secondary education/administration from Portland State University and an MA in theological studies from Chicago Theological Union. She ministered primarily in education and social work.

Sister Mary Carmel ministered for many years on the West Coast, including Seattle, Washington; Portland, Oregon and in California.

She also ministered for five years in Antigua doing missionary work at Holy Family Cathedral Parish, and spent six years in her native Ireland as a tutor in Galway.

Sister Mary Carmel ministered for three years in the Diocese of Wilmington and in Utica, New York.

Earlier this year she moved to Assisi House, where she served in prayer and hospitality ministry until her death.

The funeral Mass was celebrated Oct. 19 in Assisi House, and burial followed in Our Lady of Angels Cemetery in Aston.

Sister Mary Carmel Molloy is survived by her two brothers, Patrick and Nicholas, by her many nieces and nephews, and by her Franciscan family.