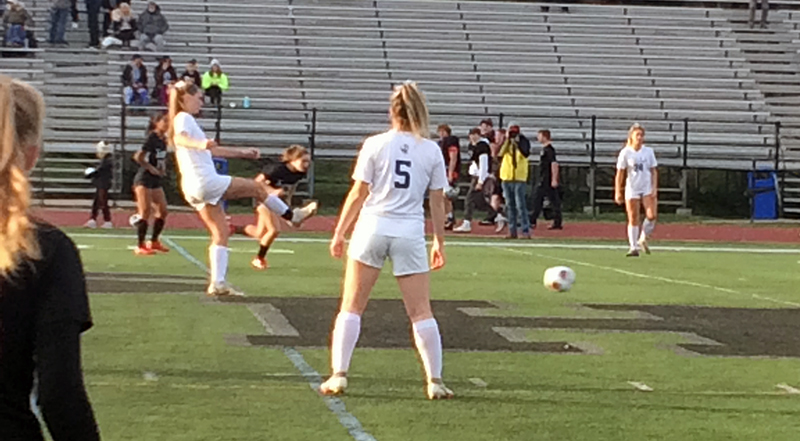 It has been a fine season for the second-seeded Villa Joseph Marie soccer team. The final round of the District 1 Class AAA playoffs did not quite go the way the team wanted it to when it dropped a 3-0 decision to Radnor on Thursday, Nov. 4 at Strath Haven High School.

Defense and midfield were solid for the Jems in this important game but top-seeded Radnor’s defense proved too much for them. Villa’s offense could not muster enough this time around.

“We had a super strong midfield,” said senior midfielder/forward Maddy Crozier. “They were fast. Their defense pressured us.”

Villa sealed its place in the championship game following a 3-2 narrow semifinal win over Upper Perkiomen just two days earlier. With the loss in the district championship, Villa saw its overall record slip to 13-5-2.

A defensive mishap by Radnor late in the opening half gave the Jems their best chance of scoring a goal but they could not deliver.

“It took us a while to match their energy,” said senior defender/midfielder Shea Riley.

After a slow start this year, Villa’s defense gradually improved as the season progressed.

“Defense started picking up in the middle of the season,” said Crozier. “We had a slow start.”

Following the final whistle, the Jems lined up to receive their runner-up medals. Although it was a difficult way to conclude its district play, a loss in the championship game would help prepare Villa for moving on to the state tournament.

“This was good,” said Riley. “This will get us ready. We know we’re going to face some tough teams. I feel good.”

NEXT: All-Catholics announced for 4 fall sports