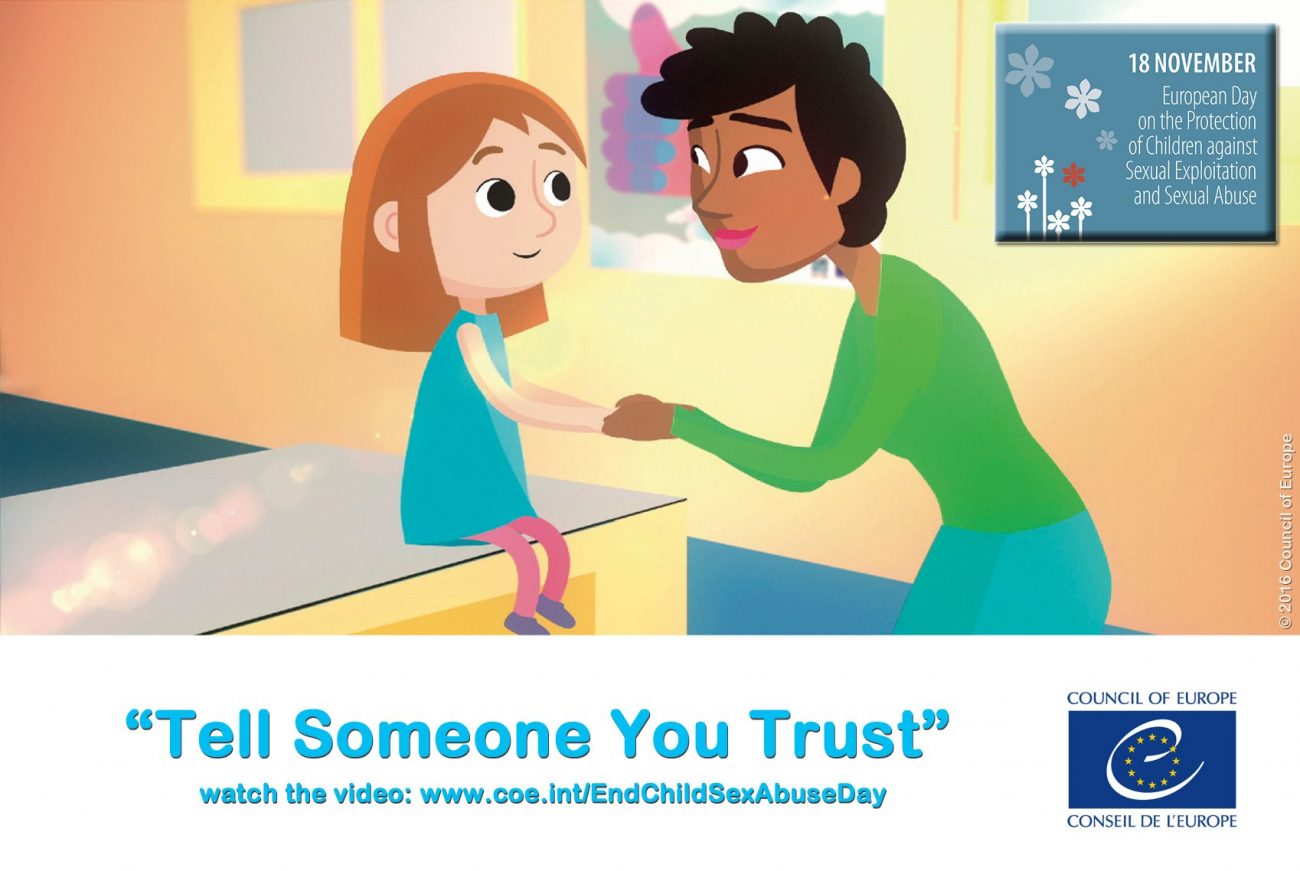 This is an infographic for the European Day on the Protection of Children against Sexual Exploitation and Sexual Abuse. In a written message marking the day, Cardinal Sean P. O'Malley of Boston, president of the Pontifical Commission for the Protection of Minors, called for honest investigation and statistics on the sexual abuse of minors. (CNS photo/courtesy Council of Europe)

VATICAN CITY (CNS) — Gathering information and statistics on the sexual abuse of minors is an important tool for assessing established responses and for crafting recommendations to fix a failed system, said U.S. Cardinal Seán P. O’Malley of Boston, president of the Pontifical Commission for the Protection of Minors.

“We cannot repair what we do not recognize. We cannot restore a broken trust if we do not address the heart of the matter. This requires honest investigation, independent inquiry and informed action,” the cardinal said in a written message.

The message, published Nov. 18, was sent to a conference marking the European Day on the Protection of Children against Sexual Exploitation and Sexual Abuse — held every Nov. 18 and promoted by the Council of Europe. The Nov. 18 conference in Rome was sponsored by the “Telefono Azzurro” abuse help line in Italy, whose founder and president is Ernesto Caffo, an Italian professor of child and adolescent psychiatry and a member of the papal commission.

For the majority — 70% to 85% — of known cases, the sexual exploitation and abuse of children is perpetrated by someone the child knows, that is, someone “in their circle of trust,” said the council, which promotes human rights through international conventions.

And, “in 90% of the cases, the sexual violence acts are not reported to the police,” it said on its website, coe.int.

The theme for the observance in 2021 focused on “Making the circle of trust truly safe for children.”

The World Health Organization estimates that one in five women and one in 13 men experience sexual abuse before their 18th birthday and that at least 60% of child sexual abuse victims/survivors never disclose their abuse, Cardinal O’Malley said in his message.

“The most recent data that we have received on the scope of child sexual abuse in the Catholic Church is no less grim,” he said, citing recent findings by the Independent Commission on Sexual Abuse in the Catholic Church in France. That report said an estimated 216,000 children were abused by priests since 1950, and more than 100,000 others were abused by lay employees of church institutions. 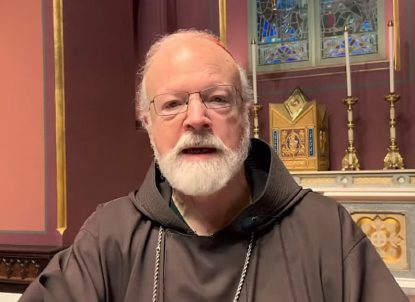 U.S. Cardinal Sean P. O’Malley, president of the Pontifical Commission for the Protection of Minors, is pictured taking part in an online congress about the safeguarding of minors, in Rome Nov. 4, 2021. In a written message marking the European Day on the Protection of Children against Sexual Exploitation and Sexual Abuse, Cardinal O’Malley called for honest investigation and statistics on the sexual abuse of minors. (CNS screenshot/SAFE project)

“In Australia, 40% of the child sexual abuse that took place in the period under review of the Royal Commission of Inquiry occurred in an area related to the Catholic Church,” the cardinal added.

“These are astounding statistics. But we cannot allow our reaction to them to obscure their purpose: To assess the measures taken by the church to treat this scourge and to make all useful recommendations for the transformation of a failed system based on a quantitative and qualitative analysis,” he wrote.

The church must be open to learning from civil society and academia “in terms of scientific models of research for a more informed approach to our prevention strategies and protection policies, on the ground and online,” he said.

The church must also work with victims and survivors of child sexual abuse, he said, saying both the commission and Pope Francis believe these men and women “hold the key to helping us implement meaningful and effective policies and procedures.”

Nov. 18 also marked the Catholic Church in Italy’s first National Day of Prayer for Victims and Survivors. Responding to a proposal by the commission based on a survivor’s request, Pope Francis asked in 2016 that each episcopal conference around the world choose an appropriate day to hold a “day of prayer” for the victims/survivors of sexual abuse.

Pope Francis highlighted the new national day during his general audience Nov. 17, saying he hoped the initiative would be “an opportunity for reflection, awareness and prayer to support the paths of human and spiritual recovery of the victims.”

He also emphasized the importance and “the inescapable duty of those who have educational responsibilities in the family, the parish, the school, in recreational and athletic environments, to protect and respect the adolescents and young people entrusted to them,” since most abuse happens in these places.

Cardinal O’Malley also mentioned that, “in solidarity with the Holy Father’s initiative,” he would be “walking in silent communion of prayer with adult survivors of child sexual abuse, their advocates, brother bishops, faith leaders of many denominations and representatives of civil society” Nov. 18 in Baltimore, on the sidelines of the U.S. Conference of Catholic Bishops’ fall assembly.

The “Sunrise Walk” is led by the Global Collaborative, a survivor-led network calling on the international community to establish an annual day of observance for child sexual exploitation and abuse prevention, healing and justice.

The cardinal said the different walk events being held across the United States Nov. 18 were aimed at raising awareness about “the role faith leaders can play in safeguarding children and advocating for survivor and family healing.”

PREVIOUS: With new COVID rules, New Zealand Catholics to have Masses for unvaccinated