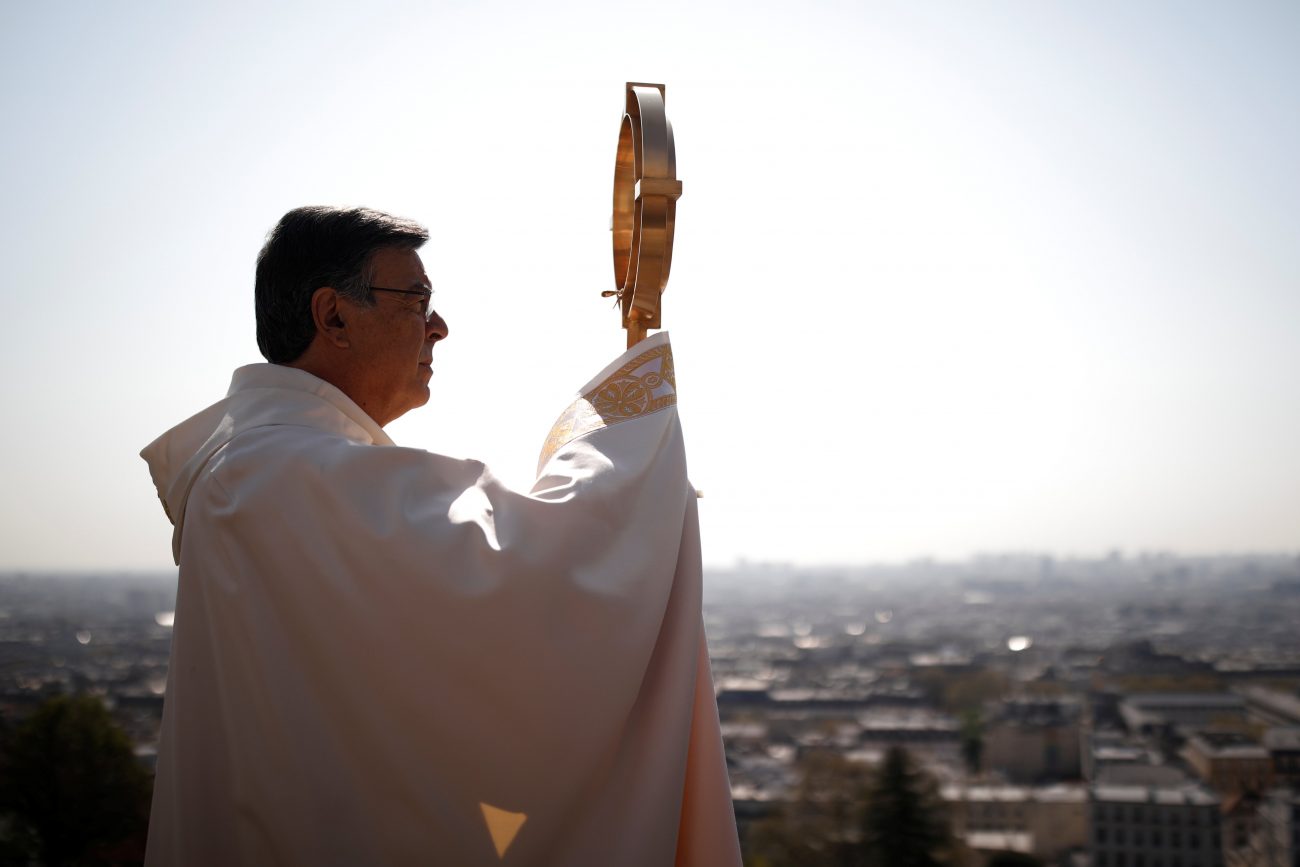 Archbishop Michel Aupetit of Paris holds a monstrance while blessing the French capital from the Sacre-Coeur Basilica of Montmartre during the COVID-19 pandemic April 9, 2020. The archbishop offered to resign after a newspaper report criticized his management of the archdiocese and accused him of having an affair with a woman in 2012, an accusation he has denied. (CNS photo/Benoit Tessier, Reuters)

PARIS (CNS) — Archbishop Michel Aupetit of Paris has offered to step down to avoid “becoming a source of divisions,” after an article in the Le Point weekly claimed he mismanaged his archdiocese and had an affair with a woman while he was vicar general.

Archbishop Aupetit told France’s Catholic La Croix daily Nov. 26 he awaited an answer from Pope Francis, adding that his behavior toward the unnamed woman “may have been ambiguous,” but had not extended to “an intimate relationship and sexual relations.” 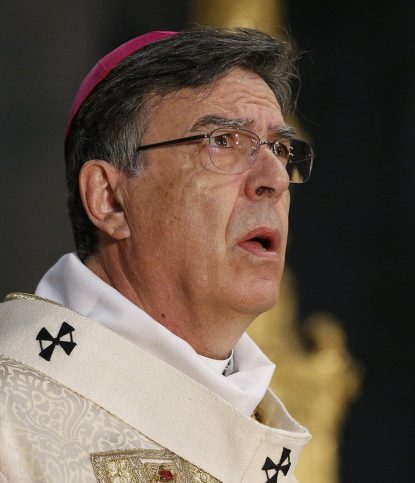 “I’ve put my position in the Holy Father’s hands to preserve the diocese, since I should serve unity as a bishop,” the archbishop told La Croix. “This is not because of what I should or should not have done in the past, but to avoid division if I myself become a source of division.”

In its Nov. 22 report on the archbishop’s “contested methods,” Le Point said he had fueled a crisis with a “divisive and authoritarian” leadership style and had inadvertently revealed his “liaison with a woman” in a misdirected 2012 email.

The Paris Archdiocese confirmed to Agence France-Presse that there had been “no question of a relationship in love or a sexual relationship,” adding that Archbishop Aupetit’s letter to the pope was “not an admission of guilt but a gesture of humility.”

In a Nov. 27 interview with the archdiocese’s Radio Notre Dame, Archbishop Aupetit said he had “managed the situation badly with a certain person,” but had also explained the “error” to his spiritual adviser and church authorities.

“Those who knew me and shared my daily life will testify I did not lead a double life,” the archbishop said.

He told Radio Notre Dame he accepted he faced “possible rancor” for various decisions in the archdiocese, but added that those working with him had been shocked by accusations of negligence in the Le Point report.

“I’ve found refuge in prayer and the support provided by so many Paris priests, seminarians and faithful, who’ve brought comfort and enabled me to stay at the helm in the last few days,” the archbishop said.

“Today, as every day, I place my life in the Lord’s hands, as I’ve done since ordination, hoping he will enable me to continue serving among my brethren.”

The Versailles-born archbishop was installed in January 2018 to succeed Cardinal Andre Vingt-Trois, who retired in December 2017.

France’s La Vie weekly said Nov. 26 the archbishop been praised when appointed, but since had gained a reputation as “hard man of the bishops’ conference” for his opposition to liberal legislation on abortion, euthanasia and bioethics, as well as for closing down a “progressive Catholic pastoral center” in Paris in February.

NEXT: Sainthood causes advance, including priest murdered at Dachau