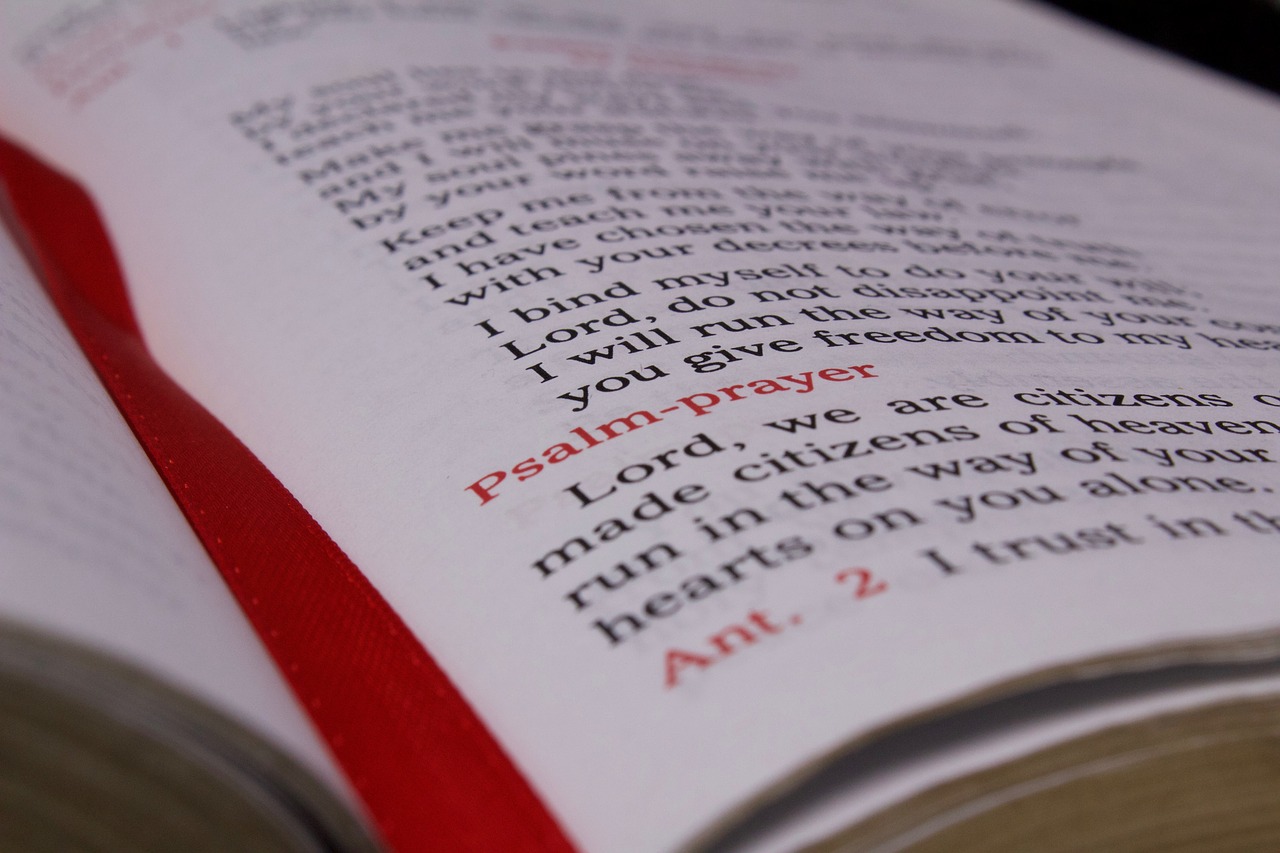 A page from the Liturgy of the Hours is seen in this undated photo. (Lense_n_Pen/Pixabay)

Local women religious are inviting others to participate in an ancient form of prayer that “speaks of what’s happening” today.

The Religious of the Assumption will host “An Advent Experience Towards Christmas” Dec. 11 at the order’s convent at 1001 South 47th Street in West Philadelphia. Sponsored in part by the archdiocesan Office for Pastoral Care for Migrants and Refugees (PCMR), the half-day gathering will center on the Liturgy of the Hours, also known as the Divine Office or the Breviary.

Prayed by clergy, religious and many laity, the Liturgy of the Hours is the continuous prayer of the church, offered at various times throughout each day in keeping with the call to “pray without ceasing” (1 Thess 5:17).

The origin of the Hours ultimately lies in the Old Covenant, under which the Aaronic priests offered morning and evening sacrifices to God, and the earliest Christians continued the practice of praying in common at fixed hours throughout the day (Acts 2:15; 3:1; 10:3, 9; 13).

Morning and Evening Prayer form the Divine Office’s two “hinge hours,” accompanied by daytime prayers, Night Prayer and the Office of Readings. Texts for the Liturgy of the Hours are drawn from the word of God, combining Psalms, prayers, Scripture passages and canticles.

Saturday’s session will begin at 8:30 a.m. with Lauds, or morning praise, followed by Mass, refreshments and a conference on the Psalms in the Divine Office. Eucharistic adoration, midday prayer and a noontime lunch will round out the schedule.

The texts will be sung with organ accompaniment, said PCMR director and Religious Sister of the Assumption Gertrude Borres.

Singing rather than simply reciting the Psalms “makes a difference,” she said. “We use Gregorian chant, or other chants that through the years we sisters have accumulated.”

At the same time, the music “is simple enough,” said Sister Gertrude. “We sing the antiphon and the Psalm tone. It’s easy to pick up.”

Young people are especially encouraged to attend in order to discover “a form of prayer that is scriptural and contemplative,” said Sister Gertrude. 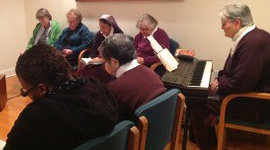 Religious Sisters of the Assumption chant the Liturgy of the Hours at their convent in West Philadelphia. (Courtesy of Sister Gertrude Borres)

In fact, the Dec. 11 gathering is a kind of “prayer payback” for a similar event at nearby St. Agatha-St. James Parish, she said.

“I join the young adult group there for Morning Prayer once in a while,” said Sister Gertrude. “Finally I thought, ‘Why don’t I invite them to join us one Saturday?’ And even though it was early for students, I was surprised that there was a response, and some of them (came).”

Regardless of one’s age, she said, the Psalms are a natural language in which to converse with God.

“They allow a person to speak what one may feel,” especially during difficult moments, said Sister Gertrude. “When something is happening in one’s life or there is a situation such as a death, or fighting against enemies … (the Psalms are) a raising of one’s experience to God.”

The 150 Psalms are also varied, she said, spanning “praise, petition” and even “complaints.”

Like the celebration of Mass, praying the Liturgy of the Hours “unites you to the universal Church,” said Sister Gertrude.

That bond is deepened during Advent, she added.

“It’s like hastening the coming of the Savior – be alert, prepare the way of the Lord,” said Sister Gertrude. “There’s a renewal you’re being invited to. And this expectation is somehow awakened in the person who really follows it.”

For more information and to RSVP for “An Advent Experience Towards Christmas,” contact Sister Gertrude Borres at sr.gborres@archphila.org.