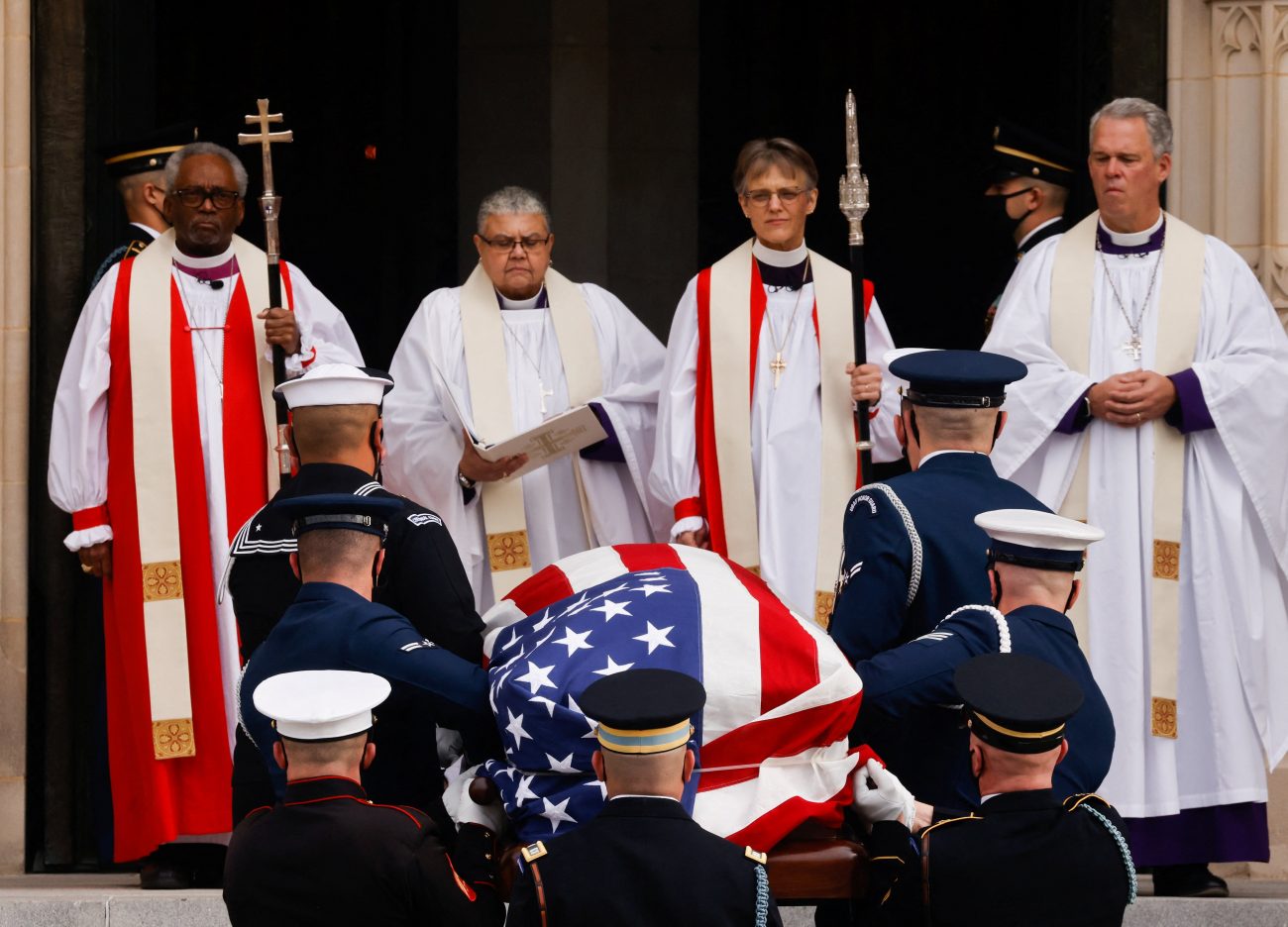 TOPEKA, Kan. (CNS) — With the death of Sen. Bob Dole, “America lost a hero and Kansas a legend,” said former Ambassador Sam Brownback, who served in the U.S. Senate, elected to Dole’s seat after the elder statesman resigned in 1996 to run for U.S. president.

“He was a friend and mentor to me, someone who always had time to talk and help however he could,” he said.

Brownback, a Catholic, also is a former governor of Kansas, a former U.S. House member and most recently served as the U.S. ambassador-at-large for international religious freedom, from 2018 to 2021.

“Sen. Dole was the iconic figure of our World War II generation. Often referred to as the Greatest Generation, Bob Dole and those of his era fought the forces of fascism abroad and worked to make our nation a better place for all Americans,” Brownback said in a statement issued after Dole’s death Dec. 5.

Dole and his generation “represented a God-fearing, determined and can-do attitude that defined America in the post-War era,” he added. “In many ways his death represents the end of an American era.”

In Washington Dec. 10 at the National Cathedral, a funeral service for Dole drew current and former lawmakers, as well as friends and family, including Dole’s widow, former Sen. Elizabeth Dole, R-N.C., and his daughter, Robin.

President Joe Biden, who attended the funeral with first lady Jill Biden, eulogized his former Senate colleague, calling Dole “a genuine hero” and a “man of his word” who “loved his country.”

“We served together for 25 years (in the Senate). We disagreed, but we were never disagreeable with one another — not one time that I can think of,” Biden said. “I found Bob to be a man of principle, pragmatism and enormous integrity.

“He came into the arena with certain guiding principles to begin with: devotion to country, to fair play, to decency, to dignity, to honor, to — literally — attempting to find the common good.” 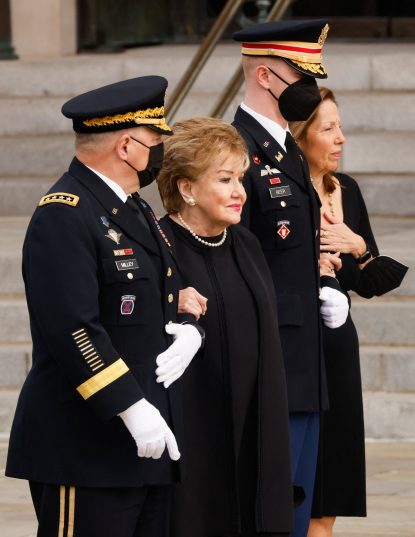 Dole, who died in his sleep, was 98. In February, he had announced he had stage 4 lung cancer and in May indicated he was doing well while being treated for his cancer.

A native of Russell, Kansas, Dole overcame life-threatening injuries he sustained in a battle in Italy in the waning days of World War II to become a leader of the Republican Party.

He was the last WWII veteran to have been the presidential nominee of a major party.

He was the U.S. senator from Kansas from 1969 to 1996. In the 1996 presidential election, as the Republican nominee, he lost to incumbent Bill Clinton.

Dole, who enlisted in the Army in 1942 at age 19, was trying to carry a fellow soldier to safety when he was seriously wounded. He spent 39 grueling months in and out of hospitals, recuperating from his near fatal injuries, which left his right arm permanently disabled and his left arm minimally functional.

He received the Purple Heart twice and two Bronze Stars with an oak leaf cluster for his service in the war; he advocated for the nation’s veterans throughout his career, World War II. In 2018 he received the Congressional Gold Medal, the highest civilian honor bestowed by Congress.

Dole also was an advocate for disability rights and was a key figure in the passage of the Americans with Disabilities Act in 1990, which was signed into law by President George H.W. Bush.

“As we mourn Sen. Dole’s passing, we should also celebrate a life well lived. He dedicated his life to public service and American ideals,” Brownback said in his statement. “He was always a fighter. … During his time in Washington, both while in office and in retirement, he was a tireless champion for Kansas and Kansas values.”

He recalled that Dole was the inaugural honoree on the Kansas Walk of Honor in 2011.

“His plaque simply reads ‘Veteran’ and ‘Statesman.’ While simple words cannot truly do Bob Dole justice, those words symbolize his life’s calling, from the battlefields of Europe to the corridors of power,” Brownback said. 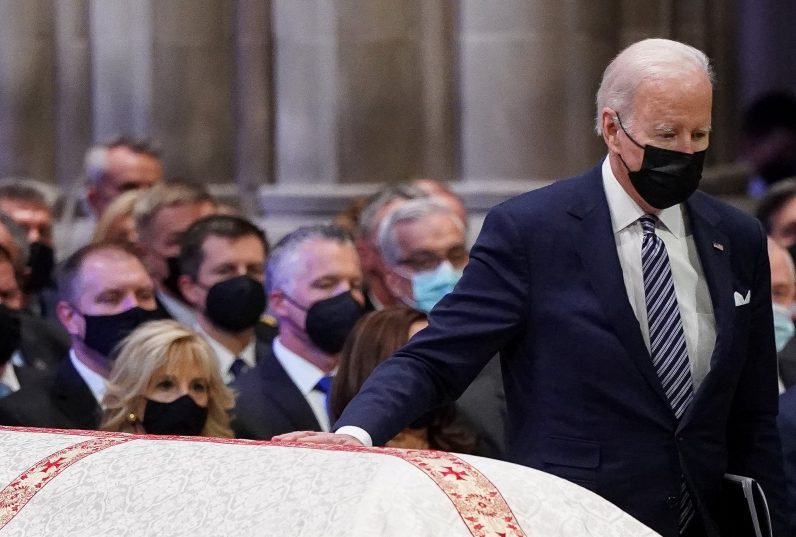 President Joe Biden touches the casket of the late Senate Majority Leader Bob Dole, R-Kan., at the National Cathedral in Washington as he walks up to speak during a Dec. 10, 2021, funeral service. Dole died Dec. 5 at age 98. (CNS photo/Kevin Lamarque, Reuters)

NEXT: Mourning in Kentucky: Resolve to rebuild follows tornadoes